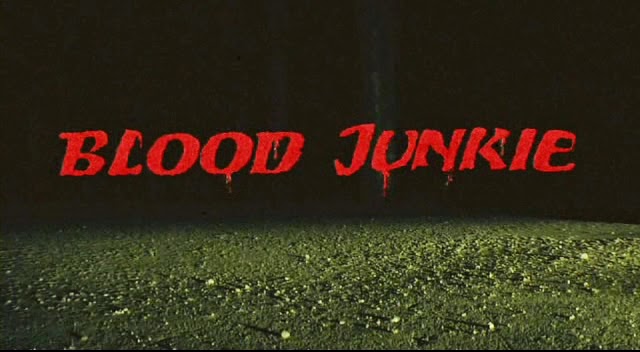 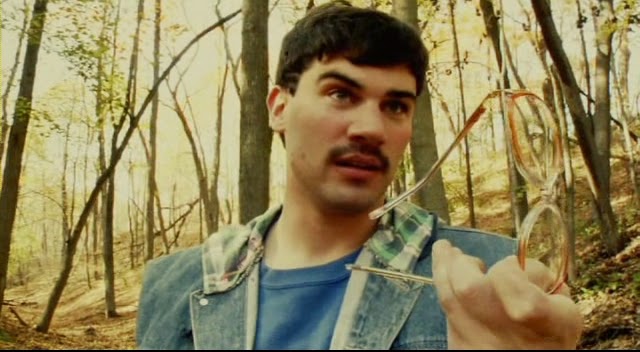 "Laura, Laura, my Laura?  My God those ARE Laura's glasses! She needs those to see Teddy, she wouldn't just leave those behind!"
After ranting, raving and carrying on about BILLY CLUB on Cinesludge - A Mangled Media podcast's SLASHER EPISODE I was really intrigued by the Troma released BLOOD JUNKIE, the first film from director Drew Rosas.  What I got was far beyond expectations and a sign of the greatness to come and a damn fun, funny, and fucking disturbing surprise twist film that definitely carries the same vision as Billy Club and bears the same kind of repeat viewing experience I enjoyed from the latest feature.  Set in the 80s, you have two totally rad dudes that engage in 80s homoerotic teenplay while trying to get laid on a rad camping trip.  It all goes spectacularly wrong when they run into JUNKIES (Junkies? Junkies. JUNKIES!) hungry for blood. One monstrous masked mayhem maker to be exact, and the groovy guys and boobs baring babes are in for a bad ride.  But did I mention the girls brought along their slightly odd little brother, buying off his silence for a 5 spot to buy more instruments of doom for the local ant population.  Andy is... a little off, and if you pay close attention, when things start strobing in front of Andy's eyes (TV, bonfire...KNIFE!) shit is about to get weird. 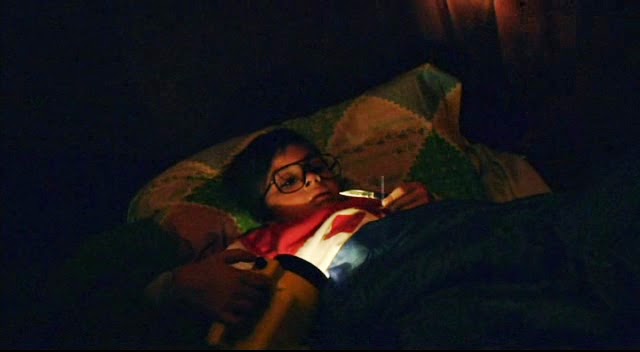 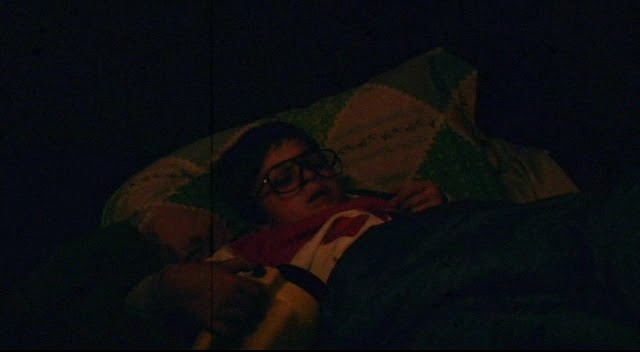 To be honest, I'm not going to spoil the twist to much, but what Billy Club used to fuel it's finale, Rosas places into an epilogue that changes the movie completely and left me shaking my head that, AGAIN, I suspected what was going on, but got so caught up in the funny dialog, refined period details, occasional gore and suspense and deft editing that it still hit me like a Pet Rock! 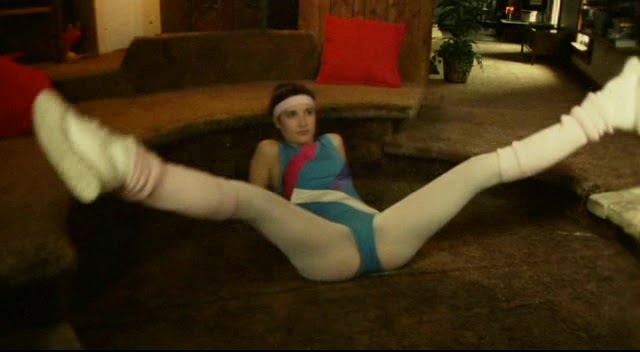 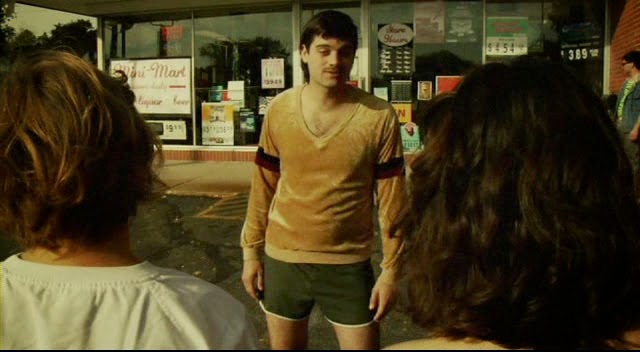 The cast is excellent top to bottom (even the speed walker in the background that totally jumped off the screen for me gets a credit!) and Nick Sommer is once again VERY funny as the hyped up dickhead that you have to root for because once his one liners stop the audience will become very sad!  Besides, rockin' a velour shirt like that is either a crime against the eyes or an epic conquest of fabric to make cinematic shirt art.  I mean, look at that!  As with Billy Club the tropes of the slasher and horrors of the 80s are played with, but not mocked so much as embraced. If you LOVE watching movies like Deadtime Stories, Scalps or Killer Workout, you'll enjoy this while scratching your head how it is so damn close to the vibe of the VHS era new releases. If you want a bit more, and find lots of humor in groovy editing that feels as familiar as a montage with weed and hair spray, you get that too.  And then...woah, it's off to the demented denouement for BLOOD JUNKIE.
And fuck it...it's worth it for this.  Crack a BUNTZ BEER (tm Billy Club Rules Inc) and enjoy some BLOOD JUNKIE, on DVD, from TROMA no less! 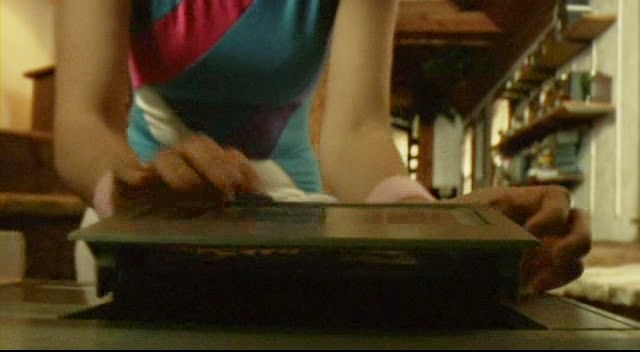 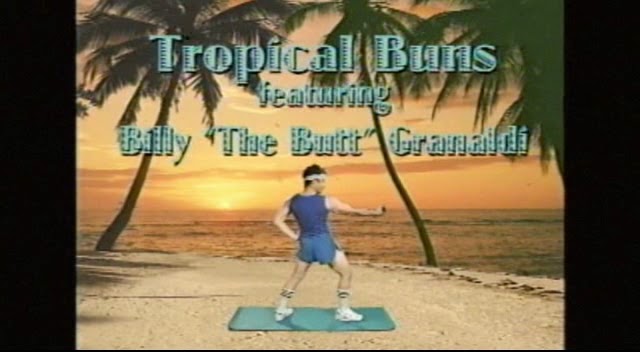 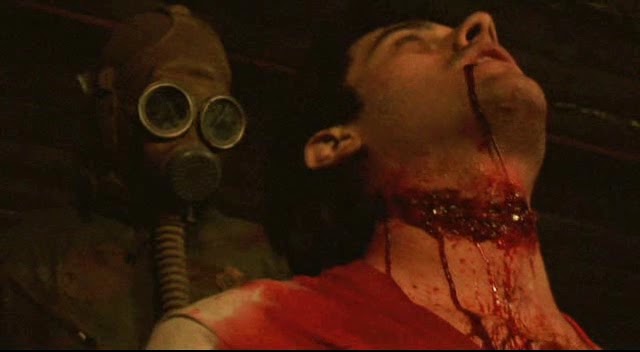 And now...a minor spoiler that you will want to look at AFTER you experience Blood Junkie. This frame with the UHF channels flipping says it all...  DIG IN and as with Billy Club, I can't wait to see what Rosas has in store for the next time he unleashes excellence upon the world! 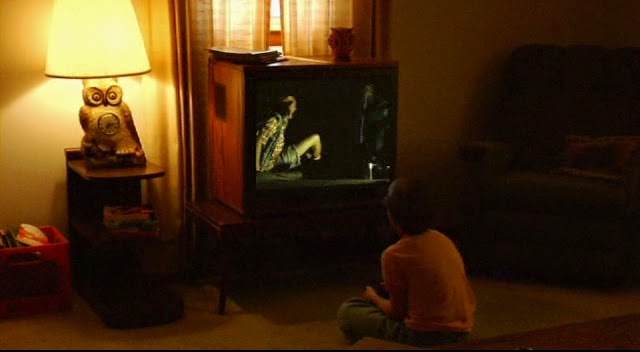