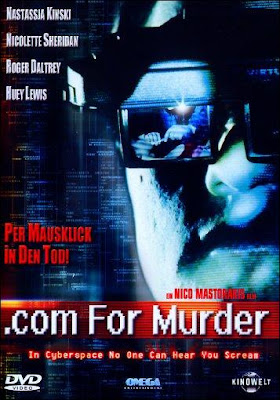 Nico Mastorakis. You say the name and I say GOAT!!  Island of Death is one of the great trash films of all, but he never did quite equal that feat.  .com for murder is no exception. However, it gets a pretty bad rap it would seem, but top loaded with a fun cast, sharp images, a pulpy script that jettisons logic and a groovy beat-it makes for a decent night viewing from the Greek Guru of Oogy Cinema.
To the haters I say that you calling this movie shit is responded to by computer Z as follows. 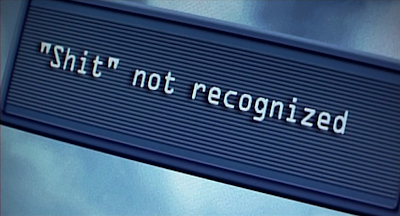 Sondra (Nastassja Kinski, who gets a production credit) is cyber chasing her misogynistic dick boyfriend (played by Roger Daltrey!) and finds that he has an account at American Love On Line.  Well, he is chatfucking away and Sondra decides to play around as him.  She raises the ire of a hacker that somehow takes control of her system and uses piss poor fonts to terrorize her.  Then he shows her a real murder. 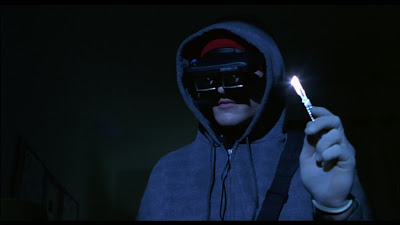 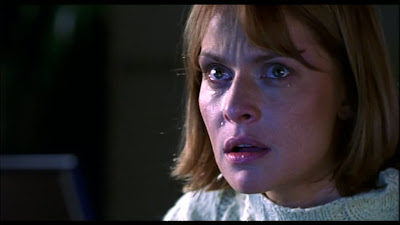 Sondra has a broken leg (also known as Rear Window-itis) so her hot sister comes by to keep her company in her jacked up CYBER HOME WITH A COMPUTER CALLED HAL!!  I am not making this up. It is awesome. It speaks in a really groovy Quaalude bender voice too.  The hacker decides to kill the girls. Huey Lewis gets involved. (WHAT. THE. FUCK???) And The News in this one?  The amazingly hot Melinda Clark.  Damn.  This is a great cast doing silly things in a crazy movie that has a dude in funky "cybershades" stalking a Kinski. 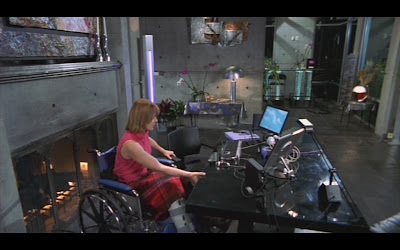 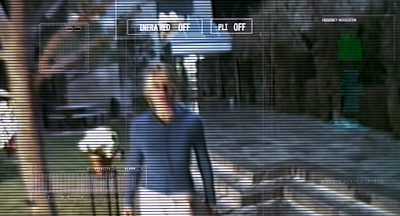 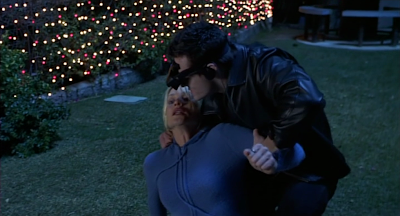 You can't mess with that.
There is a painstaking synopsis right here on the Omega site, and better yet there is some behind the scenes material that talks about Mastorakis regarding working with Kinski as chewing on razorblades.  But this is what I can tell you about the film.  I enjoyed it because amongst the spectacularly stupid detritus there are some pretty sharp moments that stood out. I really liked the look of the dark scenes with the weird "cyber" lighting.  Also, the killer played by Jeffery Dean may talk some silly shit, but he plays it with so much goofy intensity I really liked him.  Bring on the next monolog Jeffery!!!  In the sequel I want a zombie Werther to read Frank Miller's HOLY TERROR instead of this stuff. 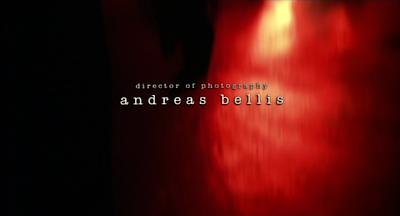 Also interesting, Andreas Bellis of Thriller-A Cruel Picture and Breaking Point fame is the director of photography and he finds some neat ways to prowl around flat screens that work well.  The score is decent and also adds a bit of ambiance to the movie when it is used well.

I could watch Melinda Clark eat an apple for 10 minutes, I could gawk at Huey Lewis as a grizzled cop for 10 minutes, I could watch Nastassja Kinski roll around in a wheelchair for 1 minute and Nicolette Sheridan has an interesting "countdown to extinction" bit that I watched for about 20 minutes. It about adds up to .com for murder.  It ain't killer, but it ain't bad either. 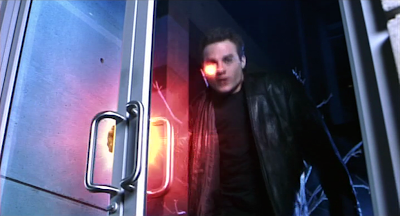 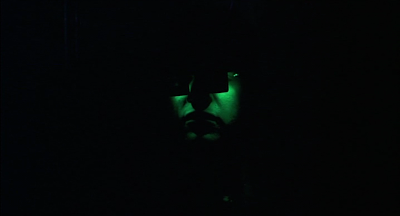 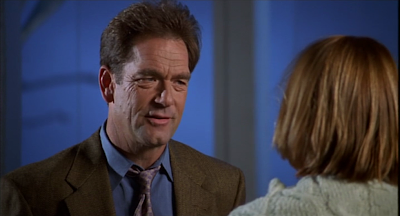