After a bit of downtime I was feeling particularly inspired by one of my trash film favorites, Joe D'Amato this week. Not only are several of his Black Emmanuelle films out on DVD, but his last horror film, Frankenstein 2000, is finally in my hands in the Raro Video edition! Frankenstein 2K is one of those movies that gets schluffed off as "good for what it is," but that is an undervaluing of this cool, though late, entry into the eurohorror legacy of Aristide Massaccesi. One of Filmirage's best horror productions, this film is a blast from the past that I would recommend to anyone that likes their horror done up B-grade with extra sauce. You have D'Amato himself, a screenplay by Donatella Donati and Antonio Tentori (based on a draft by Michele Soavi), D'Amato alumni Donald O'Brien and Cinzia Monreale and a monster by Maurizio Trani. Sort of a mix between Mary Shelly and Fulci's Aenigma (which was more than a little inspired by Patrick)-this is the tale of a girl, her psychic possession of her old pal and a whole lot of vengeance. With blood...and Frankenstein monsters whipping around power wires.
Great stuff....I love it.
The DVD looks better than the previous Red Edition release, but not by a stunning amount. Just the fact that it is on disc and available is a reason to celebrate however.
I could ramble on and on, but instead, I'll let some images do the work-check out THIS monster, and if you feel compelled to join the Franky2K army, you can get a copy at Xploited Cinema of course...just click here (INDUCT ME INTO THE FILMARAGE FRANKENCLUB!)

Rarrrrrrrrrrrr(o)! Check out the hospital wing old Joe created just for us...now THAT is funny. 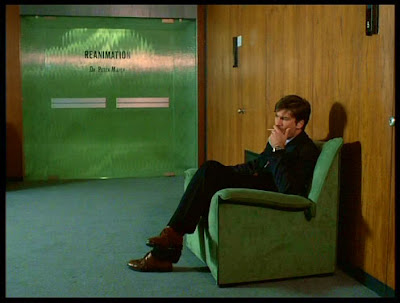 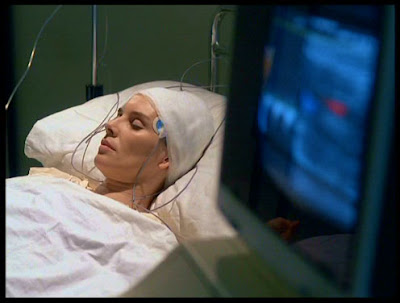 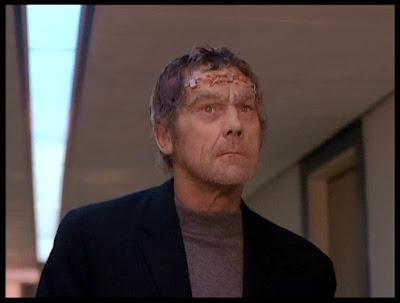 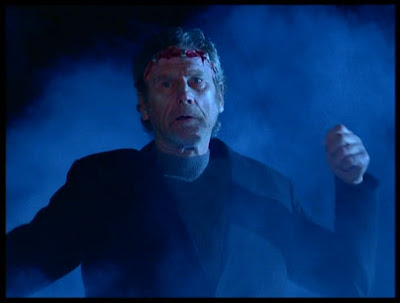