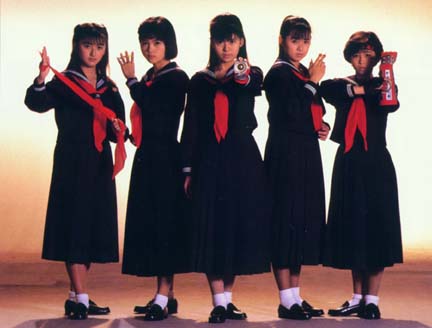 Ah...SUKEBAN DEKA is on DVD!!
I have to admit, I've been fascinated by Sukeban Deka for quite a few years... One afternoon a Japanese friend of my brother came by my place and was utterly bemused, completely baffled and more than a little befuddled to find that I had various Sukeban Deka items about the house. She remembered the show from her childhood and couldn't believe that any slightly older American would be animatedly talking about the show. It's got Schoolgirls, it's got Yo-Yo action in the grand Toei fashion and it has some of the damndest fight scenes I've witnessed. And now, Media Blasters has released two of the theatrical features that the long running show spawned.
The appeal is as simple as the story really. Cute girls that have no business whipping ass do so, and they wield bizarre weapons such as yo-yos, marbles, oragami swans and flying fists and feet as well. On top of that, Toei uses it's tried and true Tokusatsu techniques of strange villains and their hordes of goons to keep the heroic Sukeban girls very very busy.
You need to see this. Sure there is an anime version, but the girls look much better in live action format and it is SO much stranger in the flesh. 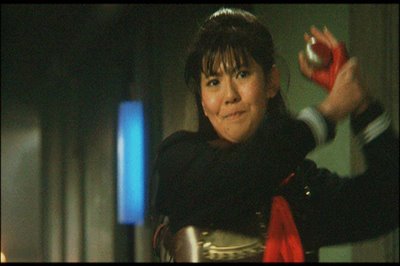 The two films released are a mixed blessing as a start, though I did see this film a long time back as an introduction to the show. Sukeban Deka-The Movie brings back the most popular of the girls, pop idol Yoko Minamino as Yoko Godai. She was actually the second Deka girl, and has the intriguing backstory of having to live her childhood out in an iron mask for her safety after gangsters attack her family, but she really caught on and is probably the most recognizable face from the show. The film follows her as she is dragged out of retirement and back into a nefarious plot against the government of Japan being prepared at HELL CASTLE (naturally). Students are being trained to rise up and help an evil cyborg (of course) in a coup d'etat. 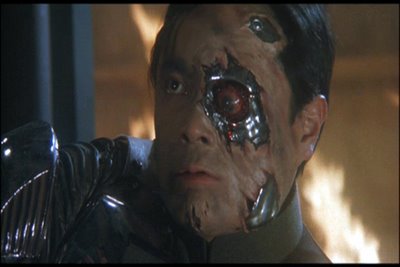 Sure, she could leave it all behind, but after she is captured for trying to help one escaped student (and tortured in grand Toei fashion), she re-unites with The Director and gets super yo-yoed up for war. And to make things even more fun, she is joined by some other cast girls. My favorite of the SDs, Yui Kazama even suits up and does her thing. Marbles fly and fun is had.
But I did say the blessing was mixed did I not?
The movie worked a lot more for me after hunting down a bunch of the TV episodes (and they weren't easy to find, Video Search of Miami did release some in their usual "quality" but I did buy them). The first third is a lot of reuinion feel good stuff for the fans, and it does play flat if you have no clue regarding the characters. But troop on and watch, because once it gets rolling you will be fine. Luckily, SD2 is a bit more standalone and available as well.
Media Blasters transfer looks good (if not a bit dark, though that is probably how it has always looked) and there is a nice 40 minute making of the movie included with subtitles.
Highly recommended, highly entertaining and highly bizarre...Sukeban Deka forever.
Now someone get me NICE copies of these shows in their full runs please! 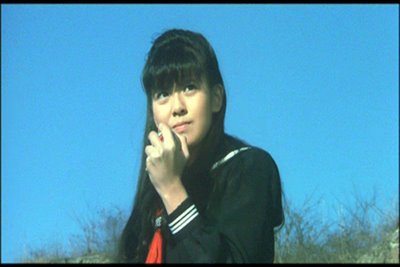 For lots of Deka Material, check out this site:
Sukeban Deka at Encyclopedia Idollica
Posted by David A. Zuzelo at Wednesday, May 31, 2006

I absolutely loved the first film in the series and am looking for to "Counterattack". You have to wonder to yourself, "Who in the hell were these films made for?".

I'm going to dig through my boxes and see if I can find the first episode of Season 2 tonight.

Ain't they great and downbeat for such cutesy subject matter??

Have to say I'm clueless but very very interested. Have to see what I can come up with.

These two films should be at your local Best Buy for short money Joe...give em a whirl! Both are available from Netlix as well: