Staying ICE, MAN, while in the Holloway House

A follow up to the earlier ICEMAN post today. The series by Joseph Nazel is complete in my library as of today! (phew...I'm sure you can breath easy now)
I was a few books from completing the set, but thanks to some good deals on ebay I have finished. Also, I did have some hope that a miracle would occur and the advertised price of $1.80 from Holloway House would be real and I'd be able to point everyone in their direction.
I can half heartedly do so... I ordered 3 books from HH and received two. One I actually ordered (a nice mint copy of Iceman 6 - Canadian Kill) and two were charged yet not shipped. Instead they packed me a nice copy of Donald Goines' novel Whoreson, which I'd like to read. I'd rather have got what I ordered...but, the order did come quick and I received one Iceman book cheaper than the shipping for most of the others I picked up. If you want to try HHouse, feel free-they will deliver, just what they deliver could be the question.
So, here are some more Iceman cover images, including an alternate for SLICK REVENGE, the re-issue of Canadian Kill and the total nonstop coolness of #4's SUNDAY FIX! On finishing up #4 I think it may be my favorite in the series... West has his own NFL team!
Dig 'em baby... 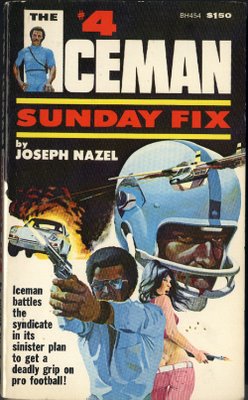 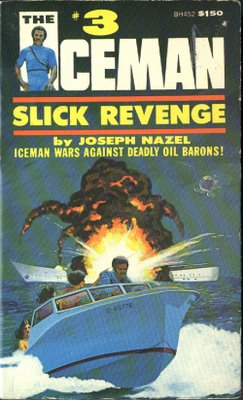 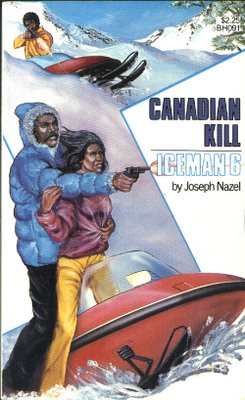 Whoreson is a must-read, Dave! I think you'll dig it.

I'm looking forward to it for sure, though I guess I wish I had ordered it however. I found the other Iceman books, but they had what looked like a P.O.W. Hunter book that sounded great and that wasn't sent either.

Maybe Mr. Goines is up next once I finish what I'm reading now!

Aha!--finally, something you don't already have, that I can send to you! I can't find my Kenyatta books (probably in storage), but I did find three others on my shelf that I'll be sending your way: DOPEFIEND, NEVER DIE ALONE, and INNER CITY HOODLUM. Great, great stuff, and I know you'll get a kick out of it.