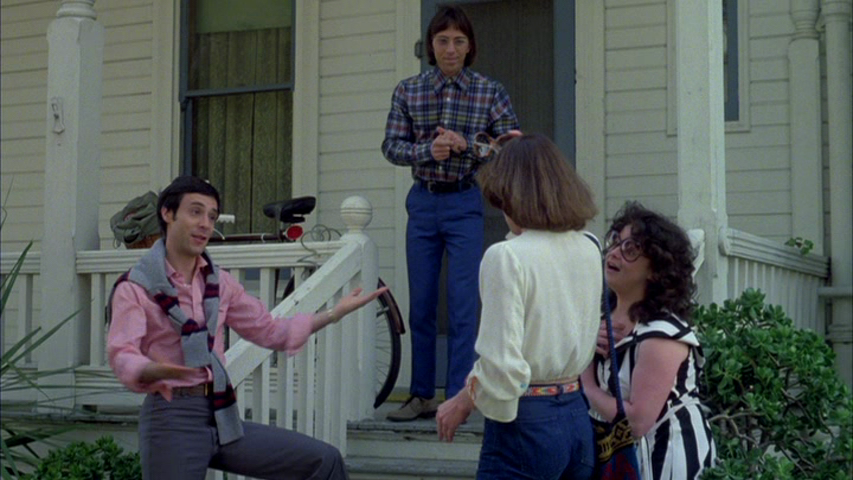 I'm so glad that the TV spot for SILENT SCREAM is included on the outstanding DVD presentation from Scorpion Releasing (#1001 by the spine no less).  When it played theatrically I would have been 12 years old and I remember that spot VERY well.  Combo that with the fact that clips from the film were shown on the Siskel & Ebert "Women In Danger" episode of Sneak Previews and it became I film I just had to see. Alas, it never happened.  Maybe I missed the week it played at the General Cinema it was so easy to sneak in to.  And then...poof, I sort of forgot about it.  Would I have appreciated that the film featured Barbara Steele in an exceptional performance as a scary mute maniac?  Or Yvonne De Carlo as the crazy mom?  The slow burn tension that may just be a LITTLE to slow for 12 year old me?  Hmm... I don't know.  But anyone that does know me is probably aware that my tastes haven't mutated all that much since 1980!  As October 2014 rolled around I finally bumped into a very inexpensive used copy of SILENT SCREAM, so now I can investigate it like Cameron Mitchell on a short pick up shoot!! Now this one is pretty simple, a group of college students find themselves unable to get housing and scramble around to find a place to stay.  Unfortunately for several of them, including out pretty and plucky heroine, the house they have picked to live in doesn't JUST have a weird-O young man and his mother creeping around and crossing spooky with deranged!  After much walking, wandering, chatting and even a little partying, a killer that has managed to escape a locked room in the house, begins ending their lives with a weapon.  What kind of weapon? A knife. What kind of knife? To quote Avery Schreiber (!!)... "a big one." 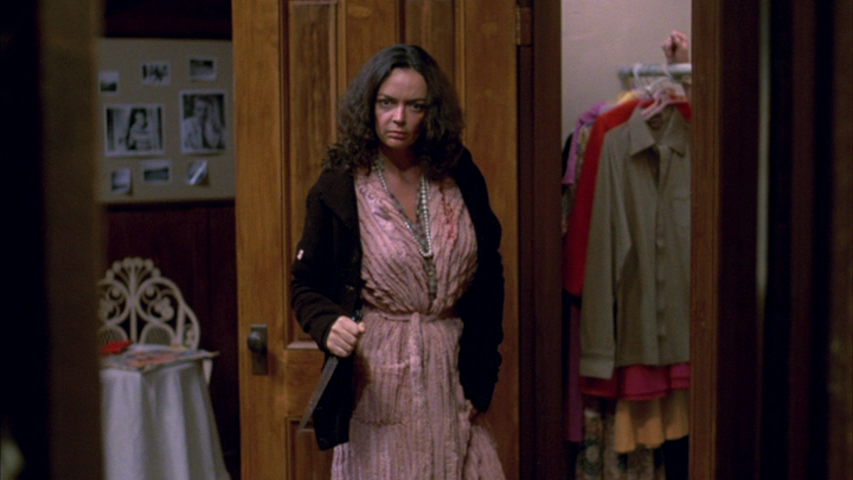 Silent Scream has a really interesting history, which is covered in depth in the interviews on the disc, and a great cast that not only includes Steele, De Carlo, Mitchell and Schreiber, but a really excellent performance from Rebecca Balding (also in the underrated THE BOOGENS) and even has a nice twist to explain all the family drama that leads to the films climactic, and eerily staged at the start, rampage.  But for me, the film never gets rambunctious enough to be more than an occasionally eerie game of Clue with very few suspects.  I would have a hard time recommending it as a must see film, but if you are a Barbara Steele fan that hasn't caught it, I would say to do so right away. She is every inch the iconic beauty as always, and plays her part to the hilt of the very very big knife!  And here is where I know that I would have parted ways today with 12 year old self that missed this film.  My favorite scene in the film isn't a joyride of horror or mounting tension or anything like that. It's a small moment that Rebecca Blanding pulls off that is the thing I'll always remember. After finally succumbing to the charms of the most handsome lad in the house, she lays back as he is about to give her a not so silently screaming orgasm, but suddenly realizes that she is protecting a beer that she is drinking. With a smile she asks..."what should I do with my beer."  Never once does her passion over ride her good sense to protect her drink.  SEXY!!!  Another Halloween Horror in the books, it was a DOG OF THE WEEK for Siskel and Ebert, but I wouldn't be so unkind. What I saw was an OK bit of PSYCHOdrama that, thanks to Scorpion Releasing, has it's story fully told.  A lot of work went into it being salvaged, reshot and released.  And that story is as fun as the film! 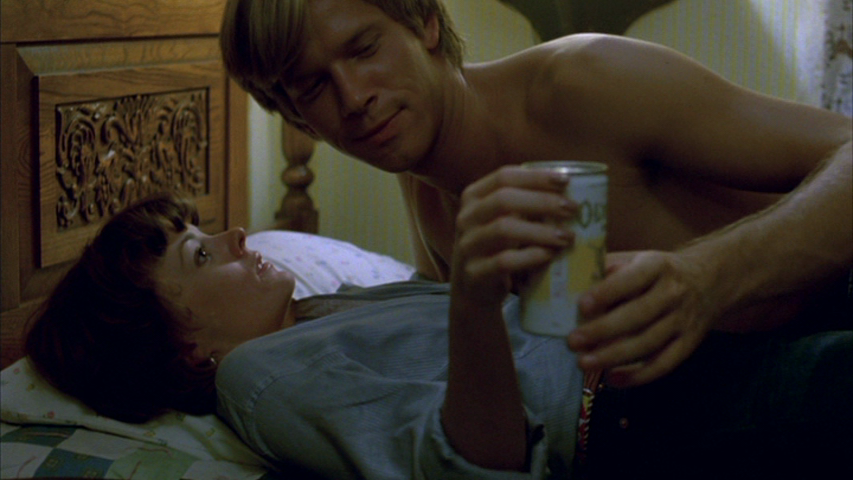 Oh man...watching this is making 12 year old me FREAK OUT!!!