Have you ever had a batch of films that just OBSESS you?  OK, well, I've had many of them. My Jess Franco fever never seems to break and I'm still trying to rejuvenate the hundreds of erections that paid the cost of my Joe D'Amato 50 porn films in one month project for Weng's Chop.  And then there is Bruno Mattei.  If ever there was a real face to the Golden Age Of Italian Exploitation for me, it was Bruno.  Not only because of his contributions to horror (you know 'em, I'm not even going to list them), but just being all over the map with his output. Where the money went, Bruno followed.   Sometimes he was unique and original, other times he took popular genres and spun SCENES from popular films into his utterly deranged sensibilities and spat out entire films based around them.  And it was probably his work that inspired me to co-author TOUGH TO KILL with Paul Cooke, covering all the brilliantly entertaining action films cranked out in the 80s Pasta Pots.  When he shuffled off this celluloid spinning reel and into the outtakes of film history it was tragic for sure. But the man did not go quietly.  He was busy forging insane epics of exploitation with producer Gianni Paolucci paving the impoverished budgets, but no small amount of money could hold Bruno down!
I've chased these films down from every corner of the globe and at last, we have someone that has stepped in to save the day and give us...MATTEI MANGLED MAYHEM IN THE NEW MILLENNIUM!

Intervision Picture Corp, the maniacs that gave us THINGS on DVD (I'm still trying to heal my brain from that by the way) have announced that both of the Cannibal films WILL be coming to US DVD and trust me, you will not believe what you see!  I'm busily preparing a full investigation of this time in Mattei history, but I can't resist sharing some artwork and excitement right now.  Head on over to Intervision on Facebook and spur them on as they put forth films that will wobble your sanity and gnaw on your guts quicker than a cannibal can say NOMNOM!

And, for me, be sure to remind them that THE JAIL needs a Blu Ray release.  If I could, I'd have myself packaged with each and every copy sold so I can sit and watch it with unsuspecting viewers.

LET'S EAT!!!  First up... MONDO CANNIBAL, a film that I have on Japanese DVD as "CANNIBAL HOLOCAUST: THE BEGINNING"!!  This one is the more rugged of the duo, and possibly the best exploitation of the cannibal genre there ever was.  Exploitation in the purest sense, as it exploits the most famous parts of CANNIBAL HOLOCAUST in frenzied fashion! 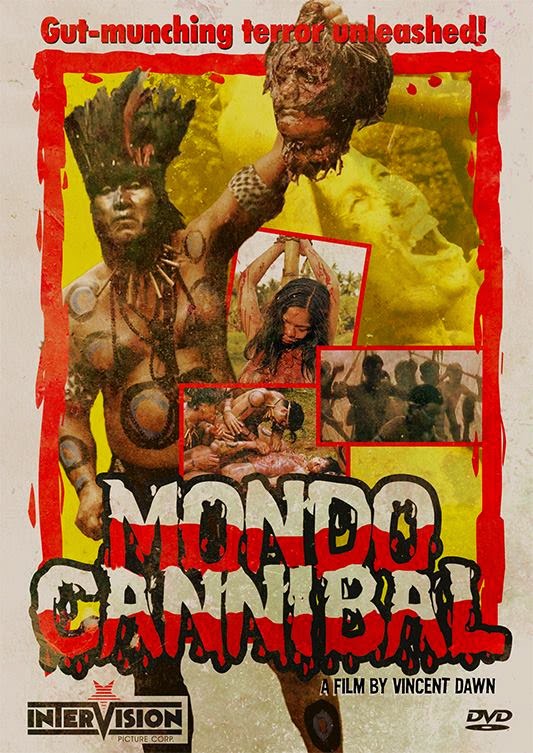 And then we have LAND OF DEATH with a wiz bang new title iteration.  This film is pure excellence, and features CANNIBALS VS. COMMANDOS. For real. You need it. 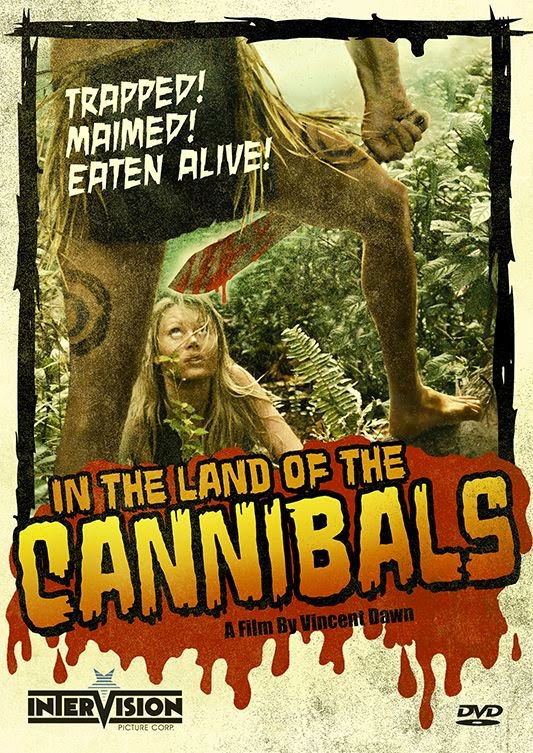 More soon...I'm ready to tackle ALL of the 00s from the 01 in Exploitation Secret Service, Agent Bruno Mattei!

Nothing tastier than a Bruno Burger, with extra Oliver Onions & a bloody good relish :)