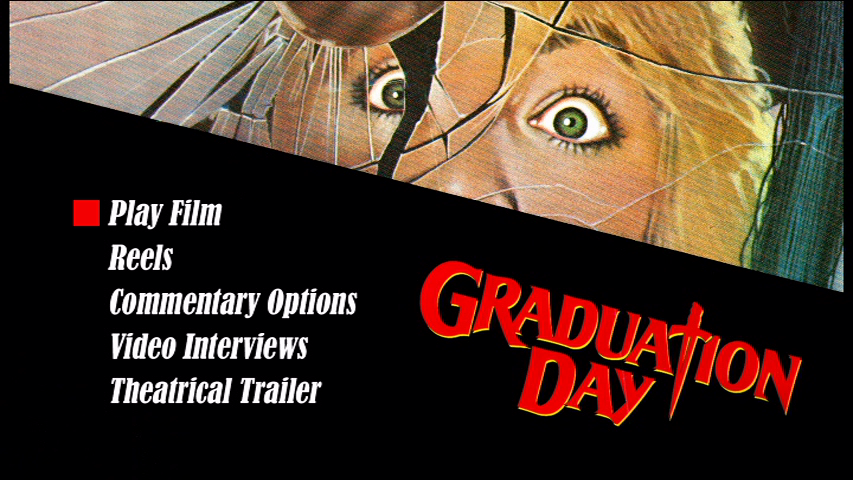 I wish I could tell you that this was a dream come true...GRADUATION DAY ON BLU RAY AT LAST! But I can't lie to you, gentle and warped reader.  I know I saw this film when it was released (I was a teenager and saw every horror film that I could sneak in to) and never again. The Troma DVD just never caught my eye. I don't think I could have told you ONE thing about this movie. Well, no more!  Thanks to VINEGAR SYNDROME  this incredibly enjoyable little timepiece of stopwatch slasher mayhem, mixed with some nifty editing, catchy music and one of the most WOAH, DID THAT JUST HAPPEN moments involving a guy walking by a woman through the front door of a house I've ever seen.  And DAMMIT, I can not stop singing the endlessly looped GANGSTER ROCK!  But with all the joy of the film, VS has created a really spectacular edition of a film that could have slipped into the budget bins of eternity.  I ended up watching it 3 times through and the extras in record time.  So, lets take a look.  Before we get started, the video quality of this transfer, a 4K restoration, is fantastic, the movie looks great. I'm hardly a tech expert, but the Blu Ray is awesome.  The screens in this review are from the DVD (I'm still banging two rocks together on my PC with no blu drive), so while they look great, they don't reflect the final product for the HD viewer.  Now lets go hurl some spiked footballs! 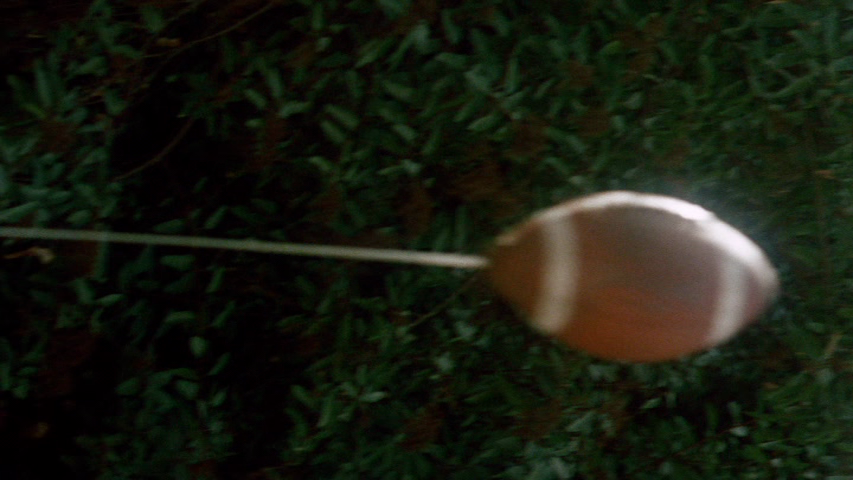 Graduation Day starts with a bang, as not only does a star track runner struggle mightily to beat the 30 second stopwatch of her coach while set to the cheers of a roaring crowd.  She HAS TO WIN...right? Well, yeah, but there is a price.  PLOP. DEAD!  NOOOOOOooooo....  Her boyfriend pulls off a slide for the ages to get to her. But you know, when someone dies like this, there is hell to pay, and the students and teachers are about to experience the wrath of what appears to be a renegade poker from the fencing club! 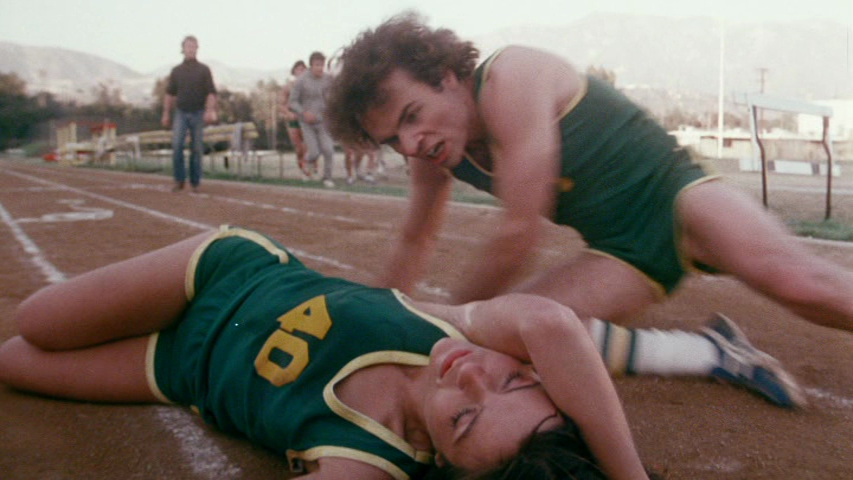 I'm pretty glad his balls aren't flinging around as much as the usual Vinegar Syndrome releases!

As our characters are introduced we get the cool to the point of cold Anne Ramstead (Patch Mackenzie) as she returns home to find out what happened with her sisters death by dashing and for some reason, interact with the teachers and students of the high school and don a giant red herring suit (or is it???) for the viewer.  You have to love her, she wobbles between tough ball crushing military maiden of mayhem and ooky spooky kinda creepy woods popper upper.  And right off the bat, I found what I liked most about Graduation Day.  The narrative of the film just collapses right out of the gate, everything feels like disconnected subplots waiting to be tied up by creative murders until nobody is left standing but the killer and his final prey.  We have the epic "Tie Tucked In Pants" Pataki Played Principal" Guglione and his girl Friday, Blondie ...he has a bunch of razors in his desk and questionable apple cutting techniques.  We have the light blue lounge suited Mr. Roberts...the ladies love him and he is putting the less than academic ruler to the lovely Linnea Quigley to boot.  Hmmm...could it be him?  Meh. He is fairly epic though! Or could it be the hyper hard to please coach, a role literally CHOMPED TO PIECES by the legendary Christopher George, who rocks his sweat suit like it was a shark costume as he paces around and makes angry faces galore.  Hmm...maybe.  Or... SO MANY MORE!! 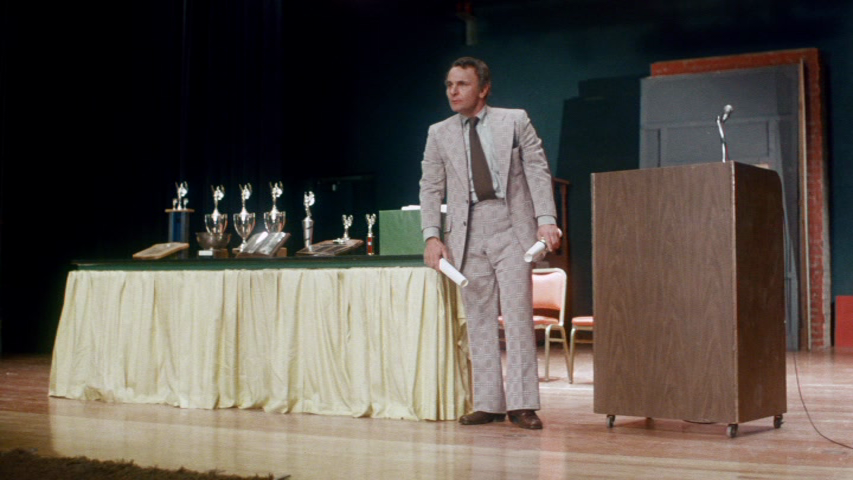 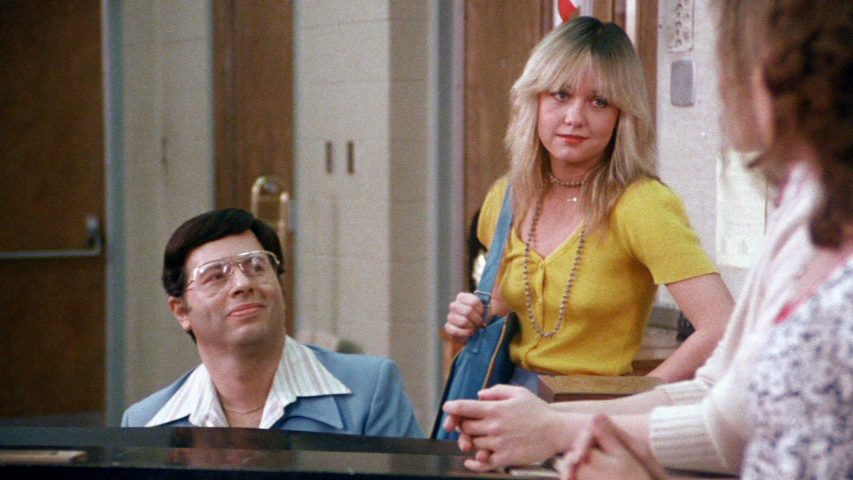 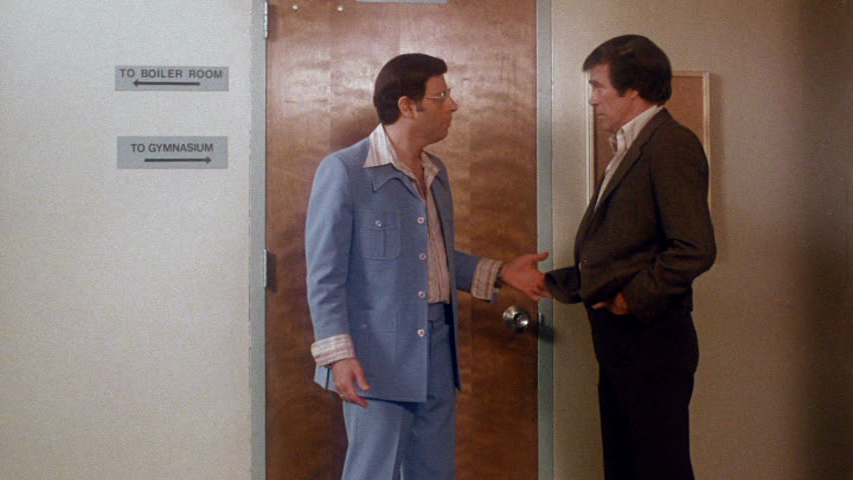 Maybe this is what I enjoyed about GRADUATION DAY so much, it has this sort of scattered narrative and scatterbrained fun along the way.  The murder sequences are all inventive and can balance the silly with the slasherific with startling speed, all cut together with some shock cut editing that just ROCKS and doesn't feel average in any way.  And the music!  It's like three or four scores pulled together to switch moods and atmospherics for each scene.  But nothing can prepare you for GANGSTER ROCK, a centerpiece that features Rollerskating, Linnea Quigley running, a FEAR t-shirt and a loop..of...a loop..of...a loop...of...THE GANGSTER RaaaaAAAAWwwK! 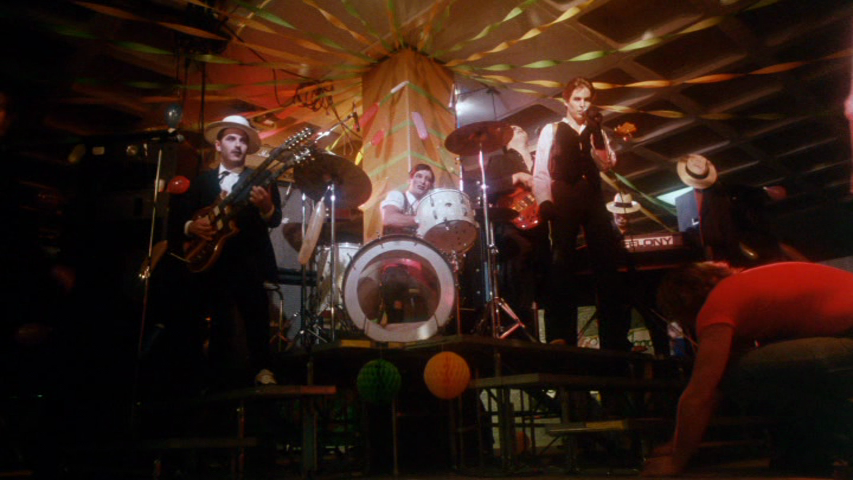 As the movie stutter steps across the finish line, exemplified by Patch Mackenzie running "away" from a killer by seemingly zig zagging across a wide open track and field space, you'll be ready for the big finale. Now, here is something unique. I had NO IDEA whodunnit!  And woah, yeah...it's awesome.  I'm a new found GRADUATION DAY convert, this is a great little film that now gets a GREAT BIG TREATMENT and is definitely a definitive edition.  So. Movie? FREAKING GREAT.  Disc...oh, well...you are gonna love this. 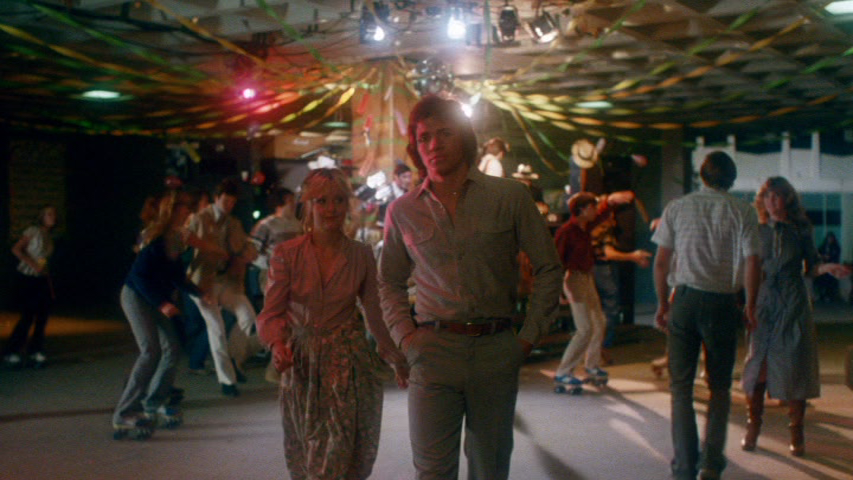 There are two commentary tracks, producer and story writer David Baughn is entertaining and informative throughout the running time, led along nicely by Elijah Drenner who REALLY digs the film. It's enthusiastic and not only fun to listen to about the film being watched, but hearing about film production in the slasher trenches of 1981.  From advanced guarantees to trailer cutting and how important it was, this is definitely a unique view that strips away a bit of the nostalgia we feel as fans.  And speaking of fans, the second commentary is from They Hysteria Continues, which is a fun listen as well, reframing the experience from a more modern fan friendly (bleeding) eyeball.   It's interesting to hear bits contradict each other, Baughn talks about Linnea Quigley being added in rather quickly as the original actress for her role was dismissed early, while the Hysteria Lives crew wonders aloud about it and tries to piece together how that all came together.  Ah, the mystery of Delores... 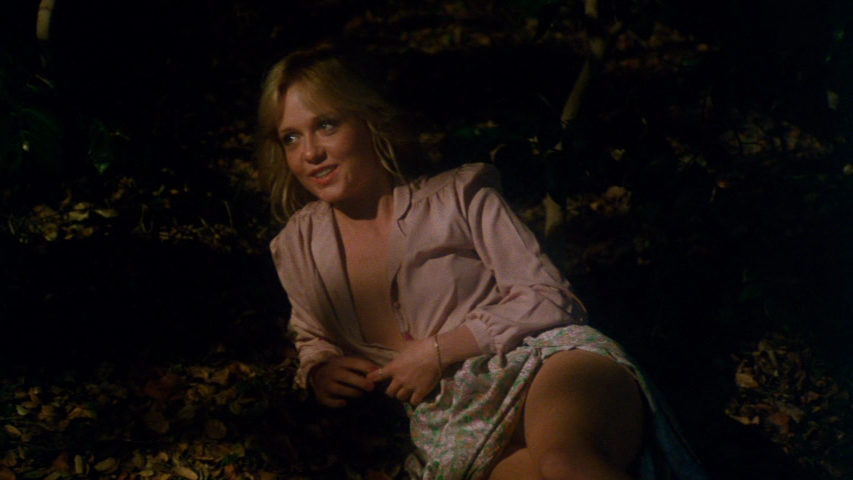 And then there is the trailer, which sells the HELL out of the film, and for a final cherry on top video interviews with the following...(yes, I will just show you rather than type it all out!) 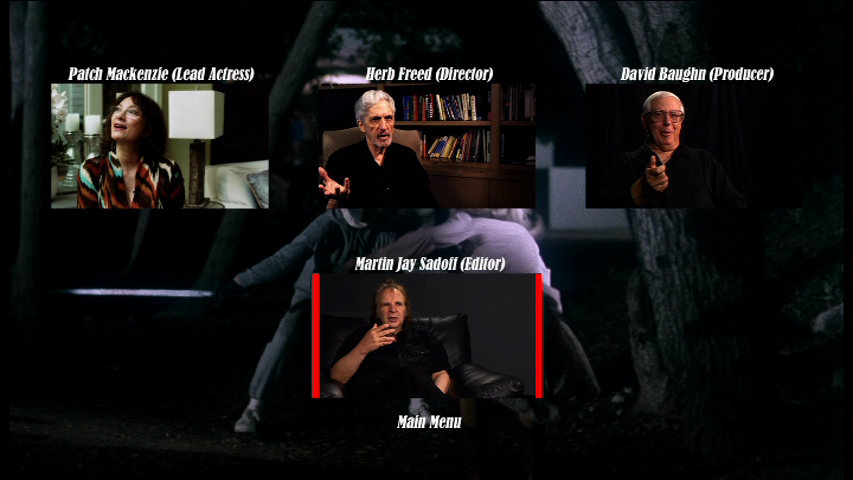 Another fine release from Vinegar Syndrome, it's a perfect package for the slasher fan that wants to see something a little more off kilter than usual, and go deeper than ever expected into the making of the film.
Easily in my top 5 VS discs, and that says a LOT! 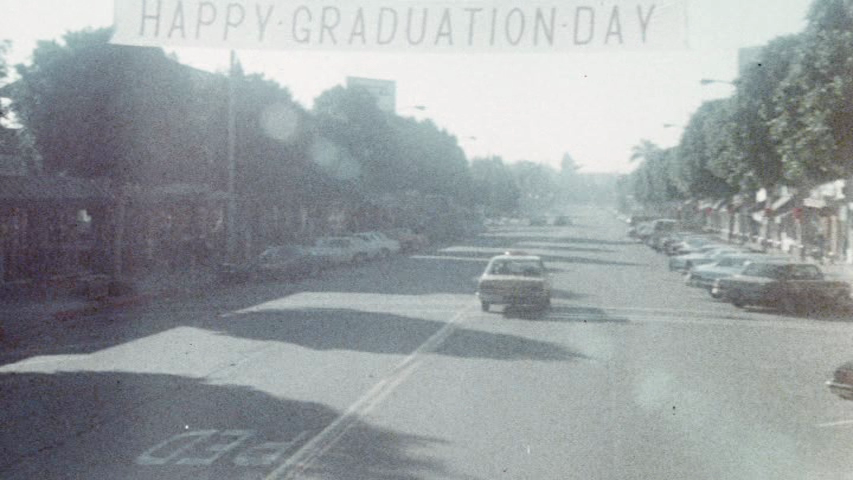 For lots more reviews of Vinegar Syndrome's output...CLICK HERE, but be warned, they are not safe for work!!
Posted by David A. Zuzelo at Wednesday, August 27, 2014

We just watched this the other night... and have looked up every Felony video available on Youtube. Nothing compares to the majesty of their song in this though!!