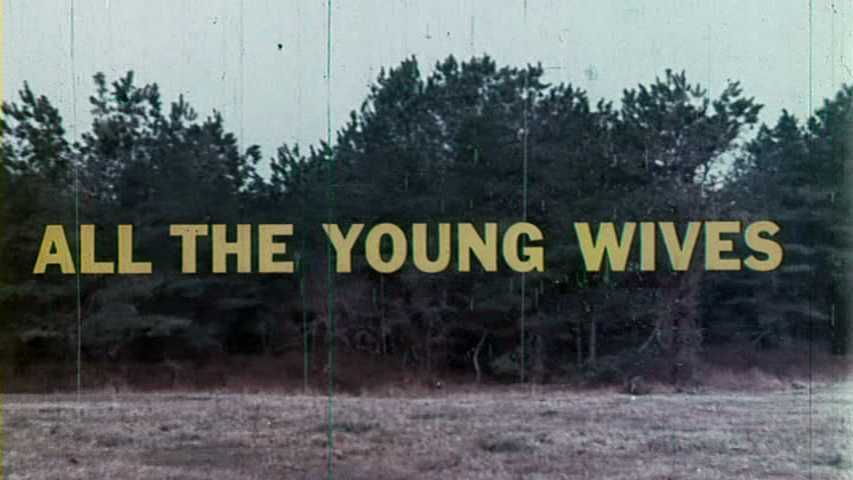 "Let me tell you something, stud... you use my wife, I use your money."

ALL THE YOUNG WIVES is another fine entry into the CODE RED SIX PACK volume 1, and once again I'm pushed to check out something I would NEVER have found as we are thrown head first into the world of "Big Jim" and his collection of horses, stable hands, young wife hook ups and even a little bit of funky lovin' along the way.  It's sexploitation with only a little bit of sex and a whole lot of drama... 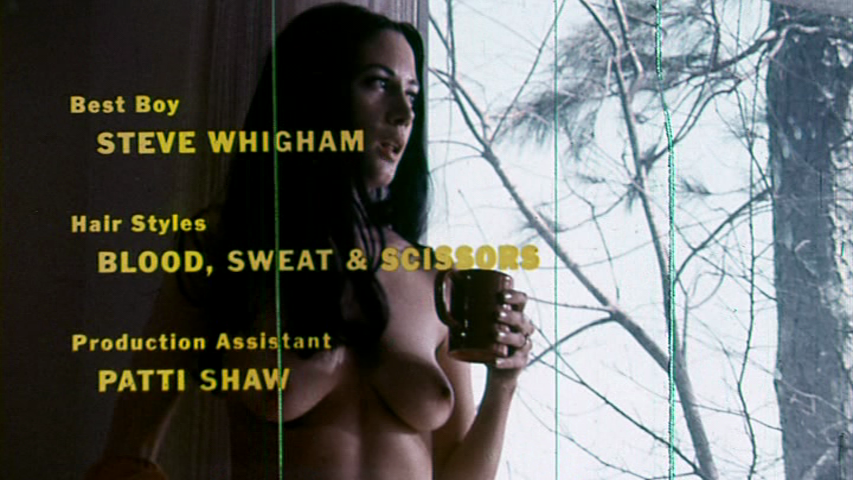 Before I even get at the film, I have to say that I just love this still. You have your beat up print, you have hair by BLOOD, SWEAT & SCISSORS and you have one of the titular YOUNG WIVES longingly looking out the window, topless while holding her morning coffee.  Sexploitation as I like it! 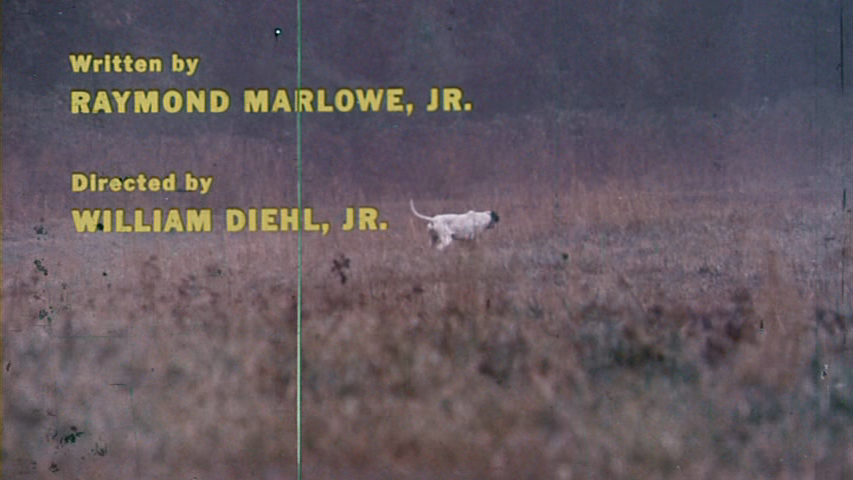 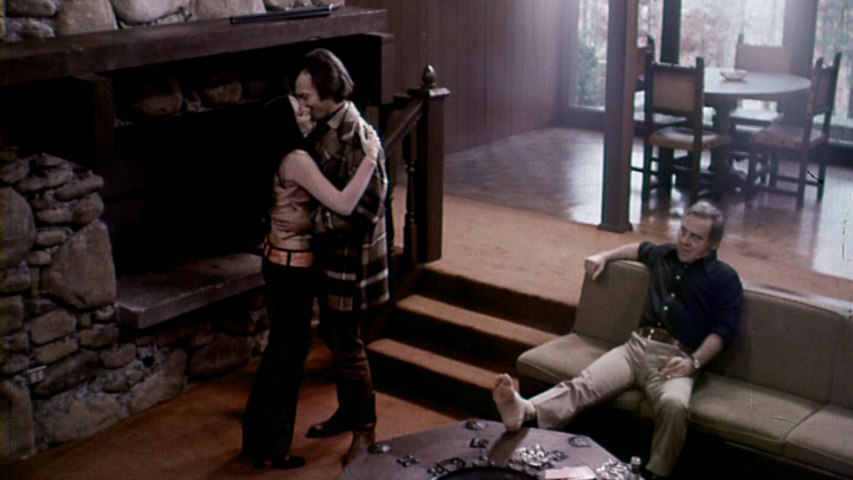 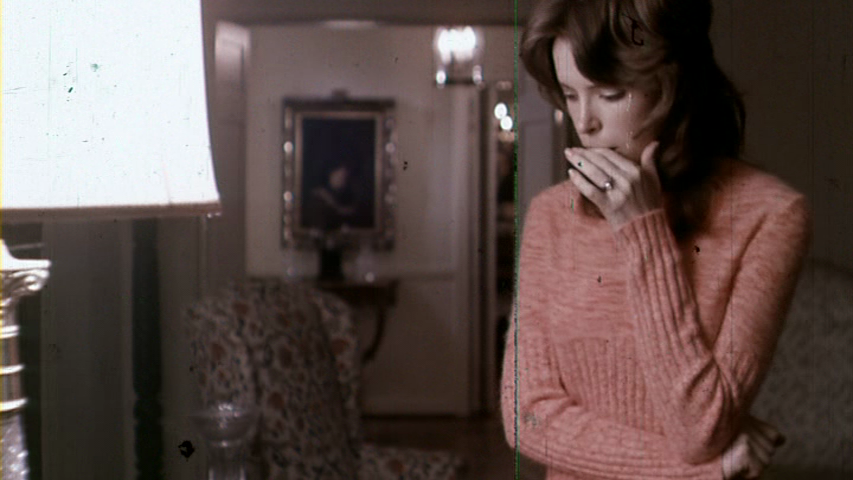 Big Jim is the man that controls the jobs, the town and all the sexual shenanigans he can handle. But can he control his favorite stable boy? Can he contain the desires of his beautiful "virgin wife" that he keeps up in his big house?  WILL HIS HORSE BE ABLE TO DEFEAT THE STABLE HANDS HORSE in a race for 5 grand versus running the sexy stableman out of town?
We shall see.. 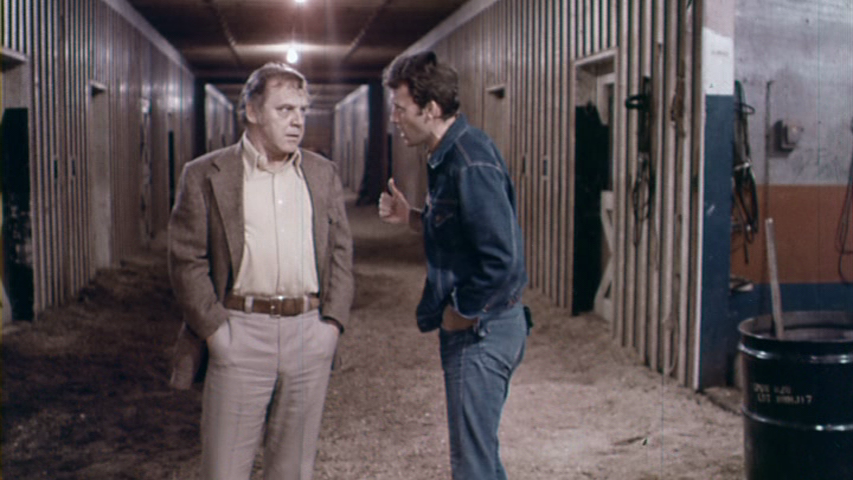 There isn't much more to add to the plot here, but ALL THE YOUNG WIVES is really entertaining as a bottom of the bill bit of 1973 class warfare and it definitely does deliver on the action scenes it promises. Big Jim does battle with his fists, his wayward schlong and his money as he oppresses everyone that works with him.  But they strike back, and it's a micro rebellion.  His trophy wife finds her way into not just the arms of a younger, more earnest man, but also gets VERY early 70s as she finds herself at the disco with everyone that Big Jim despises and, seemingly, fears in a weird way.  But Big Jim is up for some therapy himself.  In perhaps the films oddest, grooviest and most interesting scenes, BJ can't resist the wiles of an ebony skinned temptress.  The writing of the scene and especially the performances of Gerald Richardson and April Johnson make it a classic as Fancy tells Big Jim she doesn't have to take HIS uppityness.  "I'm me, and you're you...so let's not screw up the balance of power!" 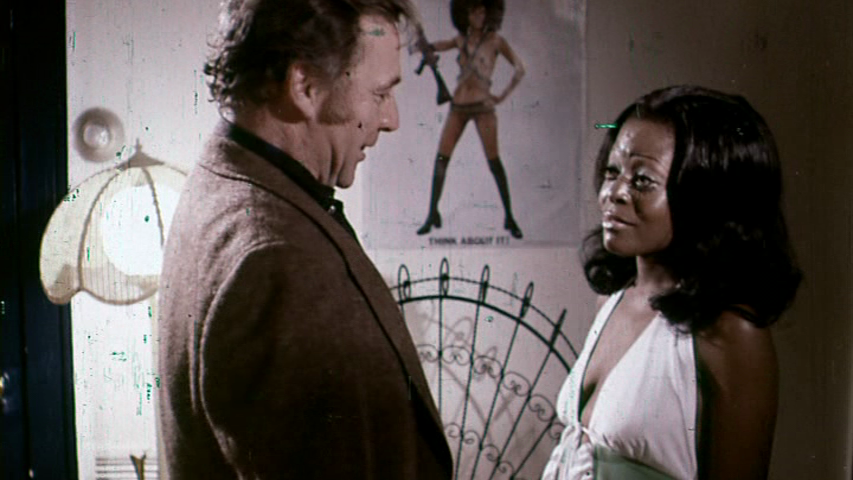 It's hard to describe why I enjoyed this so much, but everything here works to add up to a good time for the sexploitation film fanatic. Solid dialog. Good performances. Unexpected groovy dancing and pretty women to boot.  And yes, there was definitely a subtext of racial tension, this Georgia set film in 1973 was sure to push a few buttons at the Drive-Ins of the South!
VIVA LA CODE RED SIX PACK...another cool film I would never have found!

And how interesting that the director is credited as doing English language sound on the Wang Yu film BLOOD OF THE DRAGON? That is on so many packs and PD releases that I've probably seen it 3 times!

As a bonus item I just can't resist sharing the poster for the re-release as THE NAKED RIDER. Now that title and ad campaign would REALLY piss off some folks, this is definitely more socialsploitation than sexploitation, but what a poster! 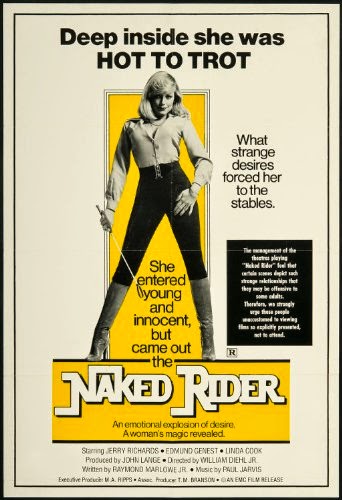 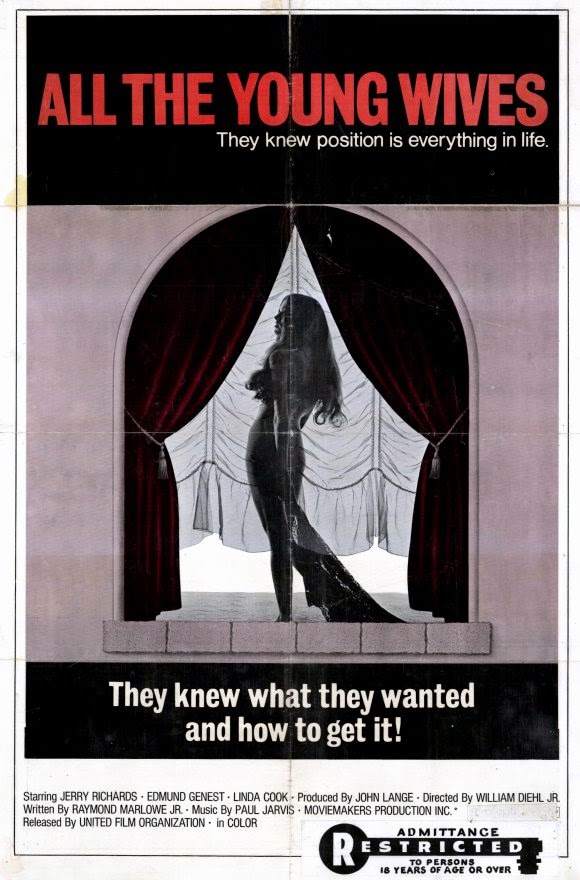