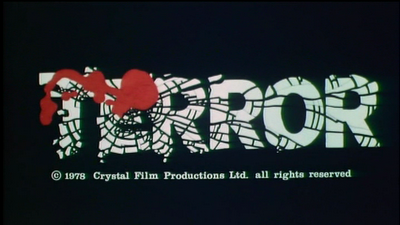 I have to admit that I am moderately obsessed by TERROR.  I really love the cinema of Norman J. Warren and I also love Eurohorror of the 70s--and Terror combines the two in fun and fine fashion.  Warren has mentioned how much he was influenced by Suspiria, and when you see this film you will absolutely notice the many tributes to that film, but it also has the feel of a NJW film with birds in the bathtub, strip club punks and a downbeat ending that makes Argento look like J.K. Rowling.
The plot has a family curse pop up on a filmmaker and his cousin, who stars in his most recent horror film.  After screening the ending of the film for some friends (and us), cousin Ann is possessed by some force or another and picks up one of those swords that people that run asylums for nymphomaniacs ala Slaughter Hotel seem to keep on walls.  Friends and family are menaced and picked apart by the spirit in stylish slaughter set pieces that work in many images and even some sounds from Suspiria, but keep a nasty Brit horror a few years after it's expiration date look.  The story is really a piffle, as it is in Suspiria, but provides just enough impetus to get things rolling.  Also worth watching for is the spicy stuff, including a fun send up of filming a softcore bathtub sex scene, penned by David Mcgillvray--it's self reflexive "oo err missus" poking that adds some sex to the mix in prime exploitation film fashion. 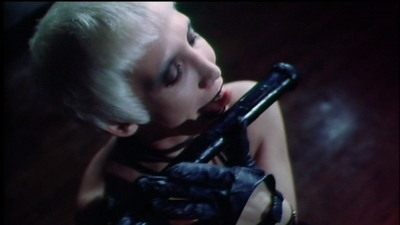 Norman J. Warren can't be confused for Dario Argento when it comes to visual style, but that is what makes this work. He obviously really enjoyed the experience of Suspiria and channels the visual vibe without losing his own work in the process.  It's interesting to watch this film because when Terror was released there wasn't Blu Rays of Argento's catalog to screencap and for fans to obsess over, so this quick bit of reference probably slid unnoticed when it was first released.  Now it stands as a perfect film, in my mind, to watch back to back with the later Luigi Cozzi film THE BLACK CAT (which kicked off my Halloween Horrors in 2010 right HERE)--maybe I'm just channeling the same "mockbuster" mentality that The Asylum and DTV horrors still do.  It's fun to see things re-interpolated, and the British sensibility is so different from the Italian it makes for a great contrast. 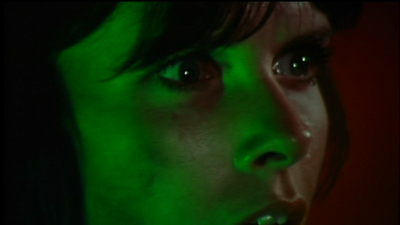 There isn't a lot to dislike in TERROR, it has hot ladies, gore and shock, over the top and moderately silly set pieces (watch out for that flying car???) and a score that is like Goblin through a Moog with no reverb.  I've watched it via bootlegs, I bought it on the Anchor Bay UK NJW collection, BCI and finally even grabbed the Scorpion Releasing version which I really liked as well.  So, take this from a fan. If you wanted to see the cast of Suspiria (including a character named Suzy) replaced with pasty Brits and naked punk rock girls--THIS IS YOUR FILM!! 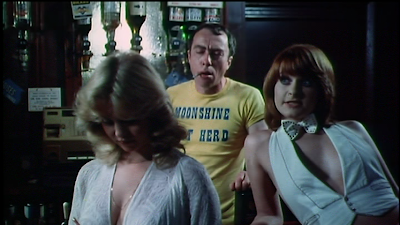 BONUS BONUS BONUS!!!!  One of my great obsessions in nerd life is Thriller-A Cruel Picture.  Norman J. Warren contacted me when I was first involved in acquiring the rights to that film because he LOVES it and Satan's Slave was put out together with the Vibenius masterwork.  And...check out this poster as seen in Terror. If that is a quad and it exists I would LOVE to hang one on my wall! 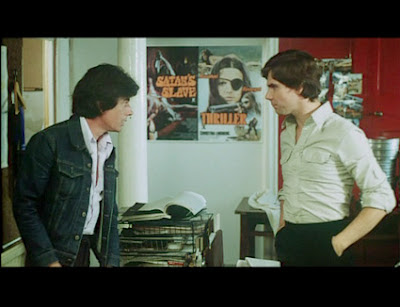