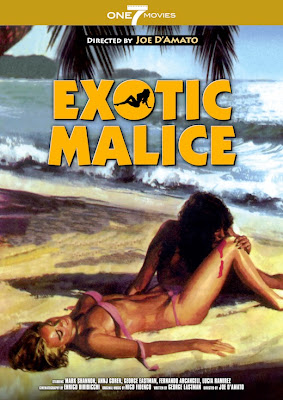 I've been pretty hard on One7 Films releases, but thanks to Doug Waltz of Divine Exploitation I got to check out what I think is one of the best films they have put out, SESSO NERO / Exotic Malice.
I'm a big fan of Joe D'Amato films, be they horror, hardcore, peplum or adventure. Or anything else.
Sesso Nero is anything else!

The Island films, shot on the island of Santo Domingo in the Dominican Republic, are one of my favorite "series" in all of Cult Cinema.  They are mixed and blended with soundtracks, locations and even some story elements, but each adds a bit more to an over all otherworld of floppy cocks, sexy starlets, lesbian log sex, giant George Eastman and even zombies eventually find their way to the shore.  I'll admit, this wasn't something that came easily (sort of like some of the performers in these films)--it took a degree of jaded eyeballing to get here.  Thanks to this disc, I finally have seen this film with English subtitles (and only one massive screen distortion, go One7!) and loved it very very much.
Saying you love a film that has a twitch close up of Mark Shannon's dong may be odd, but I can't lie to my readers, can I? 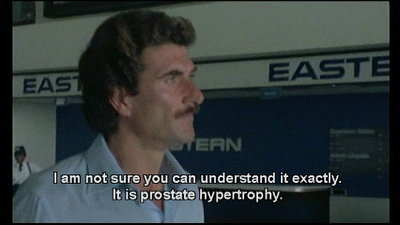 Put briefly, Sesso Nero follows the final days of Mark (Mark Shannon) after he is diagnosed with prostate hypertrophy and looks at some X-Rays of his well traveled groin region.  If he doesn't have surgery, which will lead to him being essentially castrated, he will get far worse than he already is.  Any "excitement" results in agony in his crotch. THAT ain't good for a character played by Mark Shannon at all!   Returning to the Dominican Republic after what we can assume is a few years, Mark is on the look out for an old girlfriend, Marja.  He bumps into some old friends along the way. But before you can feel any sympathy for Mark, he spends time fucking one of his friends wives!  Luckily, he can rely on big George Eastman to get him more dirt on his lost love.  It seems she has committed suicide (or vanished?) and her father is into Voodoo.  Could his Cock have a DEATH CURSE??  Or, is there more to it?  A game played by someone with a serious axe to grind, and a knife to the balls of a man that doesn't do a lot of good?
Watch and see. 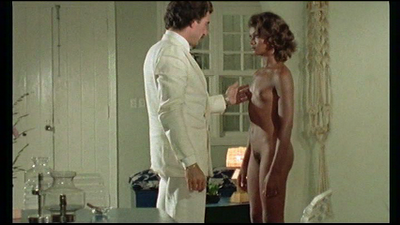 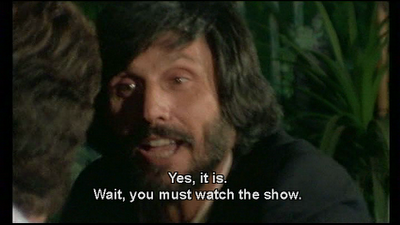 I'm not the biggest fan of Mark Shannon you'll meet, but he is really good in this role.  A cad with a broken set of balls that is out to find both the love he pitched away (thanks most likely to the very organ that is killing him) and go out in a blaze of fucktastic fury if he can't regain what he desires.  The added dimension D'Amato uses with his wife coming after him, and staying despite his rather rough from behind treatment, really lends a depth to how low Mark will go-or maybe he is just a romantic that found out what love was too late.  One thing is for sure, his mortality is apparent.  As the plot winds down to a finish that stays right in line with the cruel fates of most of D'Amato's characters, Mark gets on a skid row down on your luck magic mushroom trip that reveals not only the truth of the revenge being taken on him, but the fleshy price of his casual love demolishing attitude.  He isn't better than before, and only wants love for selfish reasons. That same character goes into a friends home and screws his wife while he is out.
D'Amato proves, if you don't deserve the dick, maybe you shouldn't have it in a squirmy climax of blood that beats out Nekromantik for gutpunch glory. 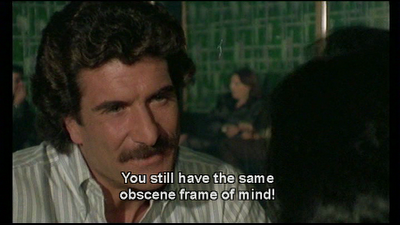 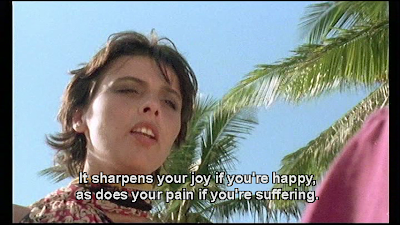 The cast is uniformly good, I'm a big fan of Annj Goren and she does a great bit as a sort of apparition / vengeful woman.  The sex is hardcore and Goren certainly doesn't shy away.  Again, because this is me we are talking about, I can point to the only disappointing image for this Annj-aholic.  As she taunts Mark by blowing her young lover as he is rendered helpless by mushroom mania there is a moment where she glares at him with his cum spattering her mouth.  Sadly, she can't conjure the same cruel looks at that exact moment, because that would have put the film over the top for me.  So what, I'm all about the sex horror images, and this is a potent one nonetheless.  Also nice to see Lucia Ramirez, she has a bit of the Laura Gemser look to her, but has a lot less restrictions on what she will do onscreen.  George Eastman is only here briefly, but he is just perfect in these sweaty sex films.  But the real stand out (and stand up!) is Shannon. 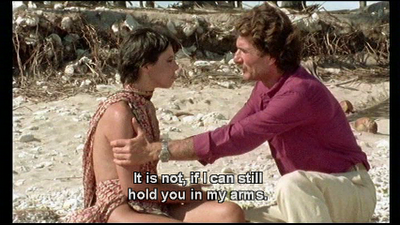 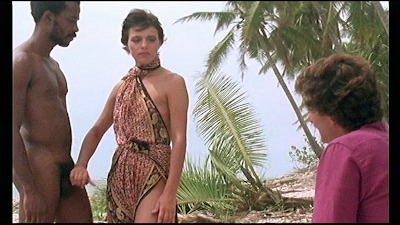 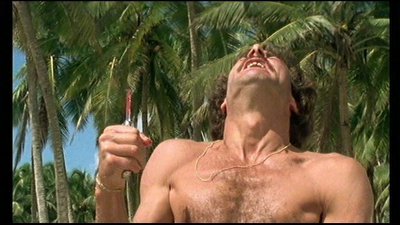 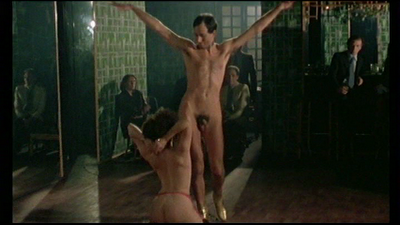 Glad I could help and that the DVD found a good home.

Thanks Doug, it has found a great home, I know I'll watch this again once I round up all the Dominican Republic flicks!