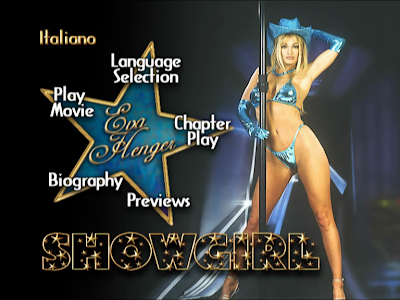 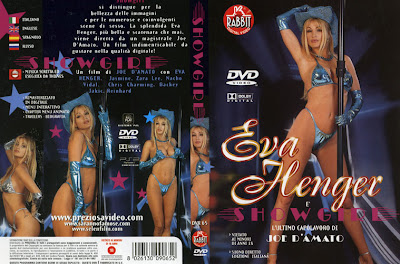 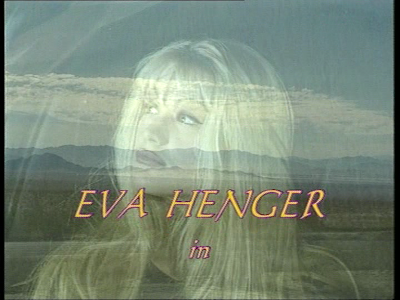 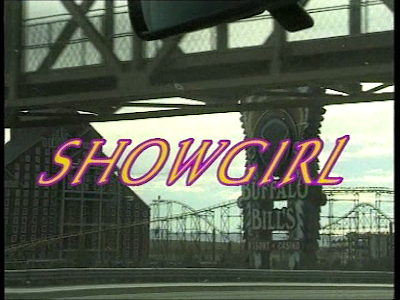 I finally found a copy of SHOWGIRL, the film Joe D'Amato shot in Vegas before going home and passing away two days later!  It was released on DVD in Italy in a rather respectful package as the maestro moved on. I don't know if anyone bothered with my look through all the D'Amato porns (it is just on the back burner-I'll get to it after I can wear underwear again and my sperm count is back to average)-but you get Kathleen Stratton, Fredericko Slonisko, Donna Dane and even Teddy Chuck in the credits-which is a good start.  Sure I was a little down about the circumstances of the film, but other parts of me were immediately UP thanks to Joltin' Joe just doing what he does so well. 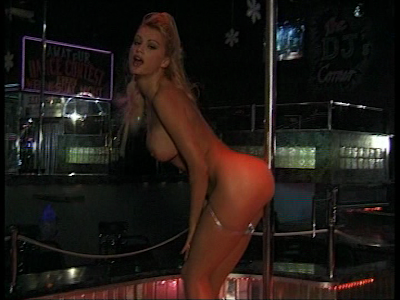 While the Cheap location work is evident (1 strip club, 1 apartment, walking around Vegas at night), it does have a stripped back appeal that shows Vegas without the fast cutting and raucous music running over the big lights of the gambling monolith.  Instead it feels like a brightly lit version of a crawl down 70s Grindhouse flicks version of 42nd St. in NYC.  For 80 minutes and 7 sex scenes the ambiance of the exteriors is actually a nice bit of unglam for your eyeballs. 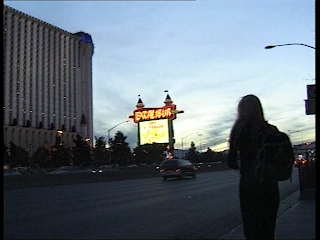 Briefly, we have our one Showgirl, who comes to Vegas to make money. She has a boyfriend. She does her due diligence in a strip club owners pants to secure a job and is sucked (harhar) into a whirlwind (well, a succession) of sexual encounters.  She then decides to go back to her boyfriend, treating him to her improved techniques thanks to all the practice she gets as she works the pole(s) of Vegas.  The end.
Athletic Assplay included.


The DVD is pretty interesting, it is one of those "narrated" deals. The film proper is in Italian and not dubbed. Every so often a woman speaks over the film to tell us what is going on.  The best part is that our Showgirl shares both Joy and Sorrow with us during her trip through the underworld of Vegas.  I don't know, she seems pretty happy as a blonde sandwich filling to me.  Go figure. 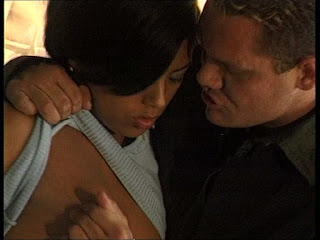 Not a classic, but a landmark.  I wonder if any of my Trash Blogger pals can help me here.  I know I saw images (either in an old AVN or a fanzine) of D'Amato getting his lifetime achievement award from the AVN awards.  There was even a picture!  I need to find it, and I wonder if Showgirl was shot during that trip?  The IMDB has Showgirl as 98, but I've long heard that he shot this, went home and passed away.  Also, any of you porn mavens know if AVN put those shows on video?  Maybe there is some video of that presentation, I'd love to see it!! 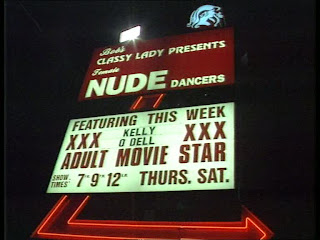 And finally--the disc includes some trailers. 1 featured Jazmine (yay) and seemed very standard stuff. However, it had one CRAZY feature. The soundtrack to the trailer is "Another One Bites The Dust" in all it's real glory.  Picture with me...two girls in schoolgirl outfits and man chowder is flying on them in slow motion as Freddie Mercury intones "HEY! Gonna get you too...another one bites the dust!"

Do Do Do Dum Dum DumDUMDUMDOODUM...SPLAT! 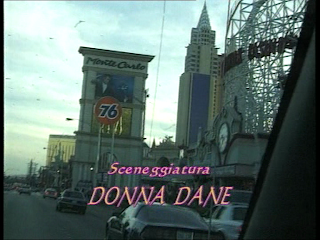 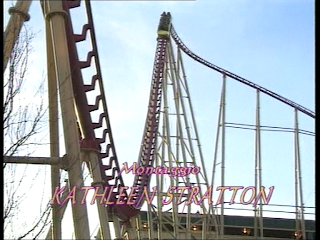 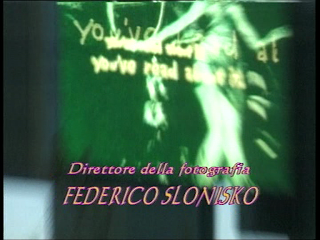 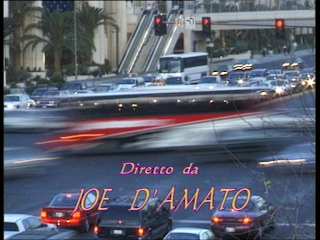 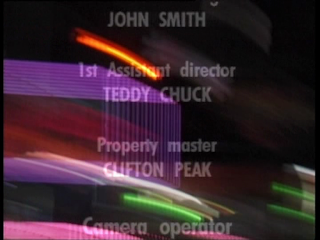