Sorry for the delay in posting...lots of doings here at the Tomb. Well, I had posted images for this one about a week back and now I'll try and fill in the blanks. 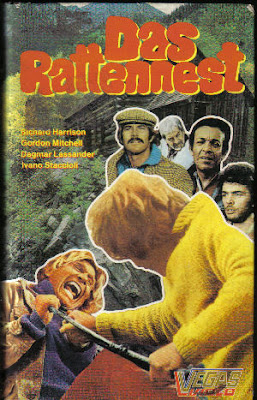 Every so often a film comes from nowhere (or better yet, Craig Ledbetters ETC catalog) and hits you right in the nose. The very definition of this would be my blind grab of the film THE SEWER RATS. Ugly and compelling at the same time, this film is a trash hunters delight! Directed by Roberto Montero-a director I'm really unfamiliar with-I was riveted by a simple spin on the Spaghetti Western / Yojimbo story that has a style that can only be described as dripping with sleaze and dread at every plot twist. 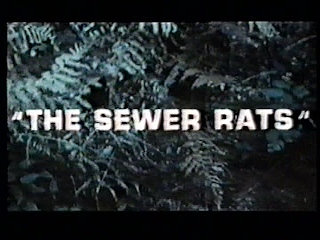 Richard Harrison stars and is credited with the story idea-though at that credit I was hoping that someone would go POOF into frame wearing a ninja headband at some point. He plays a crippled guy with a crippled car in the middle of nowhere. Hobbling around on his crutch he finds what he thinks is help in the arrival of a nasty looking old truck. The truck tries to run him down. Harrison walks to town and kicks the driver silly. Good start. 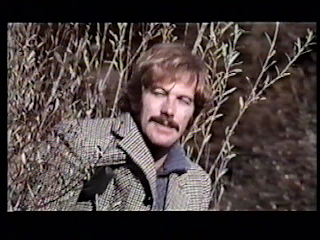 But of course things are not what they seem. The town he finds looks like it was a completely abandoned set for the cheapest Spaghetti Western ever filmed. After 100 years. After The Bomb. Drenched In Mud. Totally amazing. Amidst this filth there are crazy men and criminals of course-including familiar faces like Ivano Staccioli and Luciano Rossi. And yes...even big Gordon Mitchell has come to stomp all over these guys. There is a plot about gold mining, a lot of intrigue as to who exactly will gain what from this situation... but that isn't the payoff. Where there are ugly violent men there must be a woman. Dagmar Lassander is a great woman. 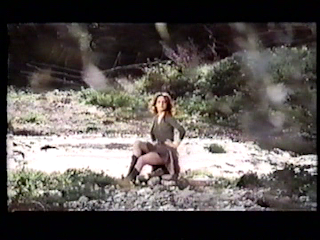 Only trouble is, she wobbles between being vulnerable, a psychotic whore, a gold digger and a woman scorned. And if she dares mouth off to her man he'll smack her silly. So, everyone starts knocking everyone around. Why? Because they are all nuts and in a strange and surreal version of a dead end town. But there may be more, because the film opens with a body being buried. I left that detail out because I practically forgot about it during the film! 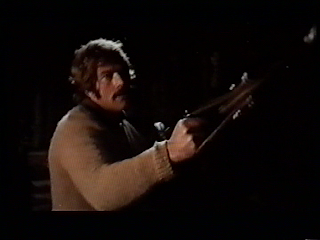 Richard Harrison is still like a ninja... he has CRUTCH FU! 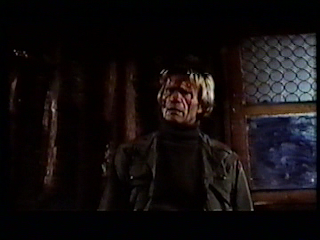 And Gordon feels the wrath. In the end, hell comes to the wasteland and a violent conclusion is the only way out. Perfect. 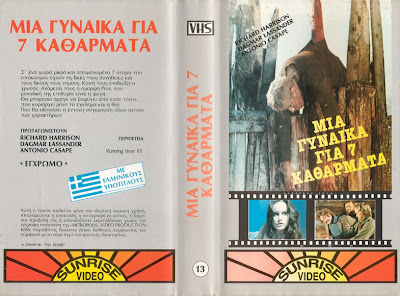 While it is short on plot, this film knocked my Godzilla slippers off with a scuzzy ambiance that is as unrelenting as the pervasive mud and grime all around. Being a peplum and spaghetti western fan, it is cool to see both Gordon Mitchell and Richard Harrison in one place playing rather atypical roles. Far more an experience than is explainable, I give this slow burning sleazer a big thumbs up. Dagmar Lassander gives what might be her best performance as she goes from crazy to trashy to sad to all out insane. Roberto Montero...I'm coming back to you for more.
Grab yours at EuroTrash Cinema... and I'll hold out hope that someone will see this film and give it some love. Maybe Richard Harrison himself can pull a ninja out of a hat and find some elements! 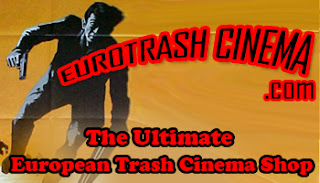 EUROTRASH CINEMA.COM
Posted by David A. Zuzelo at Friday, February 08, 2008

Richard Harrison is a god among men, and ETC is very, very necessary.
I love reading Harrison's bits in GODS IN POLYESTER. He often didn't remember his films' titles, but never hesitated in bashing them over the head with a shit stick.
Thanks!