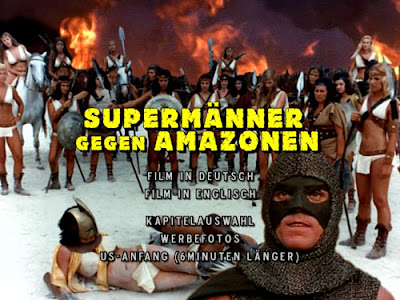 Some discs just EXISTING is a miracle. Now, I have to admit that I'm an Al Bradley / Al Brescia fan. Yes, I know that his movies are plain old "bad," yet I find most all of them enjoyable. Miami Cops? Great! Cross Mission-the movie with the satanic dwarf inserted into a cheap action flick? CLASSIC. Don't even get me started on the Star Wars rips-I've viewed them all several times. And yes...THE BEAST IN SPACE is as demented as it sounds. So, I could not resist scooping up this funny little clone of the Three Fantastic Supermen series on disc. No Brad Harris, but lots of goofy music and fights-as well as the aformentioned WONDER WOMEN. Slapstick galore, some fun stunts and in a strange way it reminds me of one of Brescia's best-The Revolt Of The Praetorians.
Interestingly, the disc presents the film widescreen and looking quite a bit better than the previous edition I watched-from Greek videotape, but this is yet another case of "Alternate Edit" blues of a sort. Being that the languages are English and Italian-it looks like this version is the straight comedy edition for Italian audiences. The English export contained an opening battle scene that is pretty damn violent-and doesn't set the comedy mood. This version goes right into the humor, starting with a goofy bar fight that introduces our heroes. However, Simpel Movie (???) has included that sequence as a bonus scene-taken from the greek VHS. So, watch that first and continue right along into the feature.
Besides...this has Malisa Longo as an Amazon Woman...what more do I need? That little fact had me digging for a nice reference for her career and I can't believe that she has her own OFFICIAL SITE! And if you poke around you can even find some cast shots from the film!

Here are some images, the cover and at the end of the post is a slideshow I made from the truly BresciaScope opening sequence. You can purchase this amazing and limited to 333 copies disc from XPLOITED CINEMA by clicking HERE.
Act now or you may miss your chance to own this one! 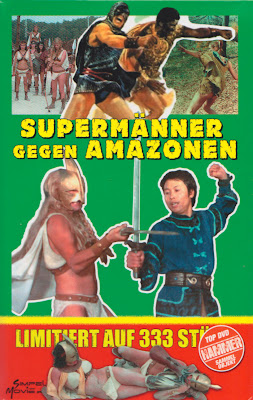 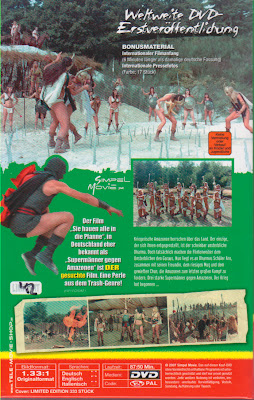 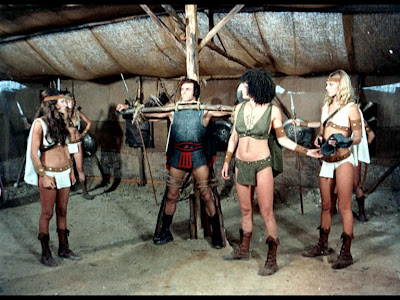 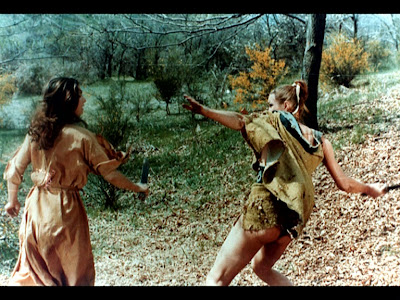 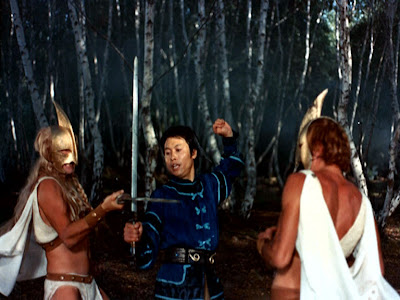 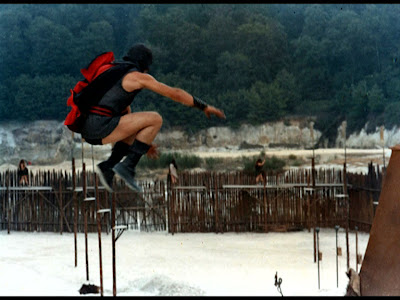 I'm a big fan of ML, she's really HOT in Bergonzelli's incredibly obscure whatsit LA MONDANA NUDA. She's hot in everything she's in. I've just seen a poor dub of WONDER WOMEN. Thanks for the link and info. I'll be blogging on some of her films, including the Al Brescia "Space" epics.

Indeed...did you check out her site? Wild stuff! I think you may get a kick out of this film Robert, and I'll look forward to your voyage into the Outer BresciaDome at the blog.

The site is bookmarked. She's been in a lot of outre stuff. I like all this Italian superhero/villain/masked comic book character stuff.

I don't think this was billed as an official 3 Fantastic Supermen. Still a great fun film and better than many of the sequels to 3FS.