Cam2Cam with Soisson In Bangkok! 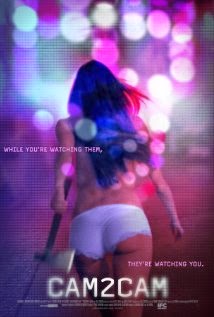 I have to admit that I'm fascinated by the filmography of Joel Soisson, and when his latest popped up on Netflix, somehow pumping past the 2 star mark, I was intrigued to say the least. Even though it isn't a sequel as is his wont to do he still managed to slam a number 2 in there!  And hey, it has what appears to be a topless woman in I Spit On Your Grave shorts with a hatchet on the cover.  Can it be bad?   That is the question with all of his directed films for me. Are they just awful, or do I keep going back because the guy has a very oddball style and flair for what should be on screen that I find it interesting?  I think it is the latter.  So, what have we got?

CAM2CAM starts with a VERY long opening scene, apparently based on a short film shown at Cannes and picked up by Raimund (Kill 'Em All) Huber for expansion. Reworking that into a nearly 25 minute sequence, we see a woman that starts flirting online with another woman, only to discover that things aren't quite as they seem and her head is not long for her body...and that kicks off the rest of the film as her sister travels to Bangkok to FIND HER HEAD!  At one point a character asks, "who goes all the way around the world to find a head???" and yeah, that definitely is a good question, but hey, this was a strong start. Some genuine suspense gets kicked in the keys by utterly ridiculous and not in a good way "cyber tech" that is livened up by a cock waggling mime.  Though there is probably a great description of what I like about Soisson directed movies, you don't know what the best part is until you type COCK WAGGLING MIME! 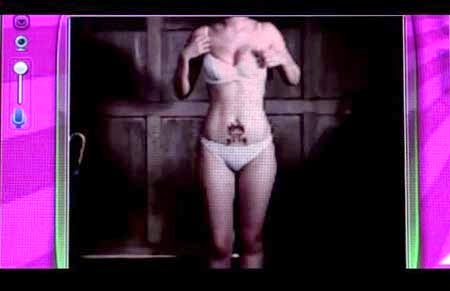 After the stalking is done, we meet the now beheaded woman's sister as she enters a weird hotel for ex-patriots that work as Cam models for CAM2CAM, and it seems that if you get to close to them, bad things start to happen. Like, death oriented bad stuff.  The movie loses its way a few times as the characters talk abstractly and the plot unfolds slowly, but it never loses the vibe the local color brings, as well as a couple of chase and goreful bits occur to move things along.  Honestly, it's intriguing until the resolution happens, and it becomes all to silly as one character begs for his safety for what feels longer than the opening 20 minutes.  It builds to a not so surprising but pleasantly Soissonesque (my new term) happenstance that brings all the characters back together and a final payoff that reminded me of the original ending of Sliver for some reason.  Yeah, that might be a Soissonism as well, "it reminded me of the original ending of Sliver."  Does anyone else remember Sliver? I like that film! 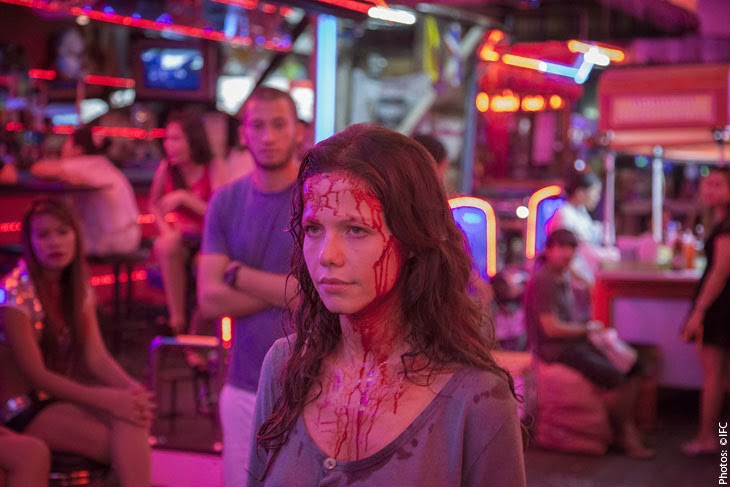 The acting is just solid enough in spots to keep the sketchy vibe of being alone in Bangkok seeking head, and not the type you would think you could get easily, but the actual head of your missing relative being held as a trophy or something.  Tammin Sursok has an interesting presence and puts over the obsessive nature of the character well enough that I wanted to know what was going to happen, even if I wished that it would JUST HAPPEN at a few points.

It's on streaming now, and while it's hard to recommend unless you are a Soissonaphile (!!!), DTV fans will recognize his style right away and might find a few scenes as memorable as I did. If nothing else, watch the opening scene that recreates the short film, it's pretty entertaining. If any film screams "VENGEANCE IS HUNTING FOR HEAD IN BANGKOK...from the director of PULSE 3!!" it is CAM2CAM.  So, Soissonaphiles line up!
Posted by David A. Zuzelo at Wednesday, August 10, 2016