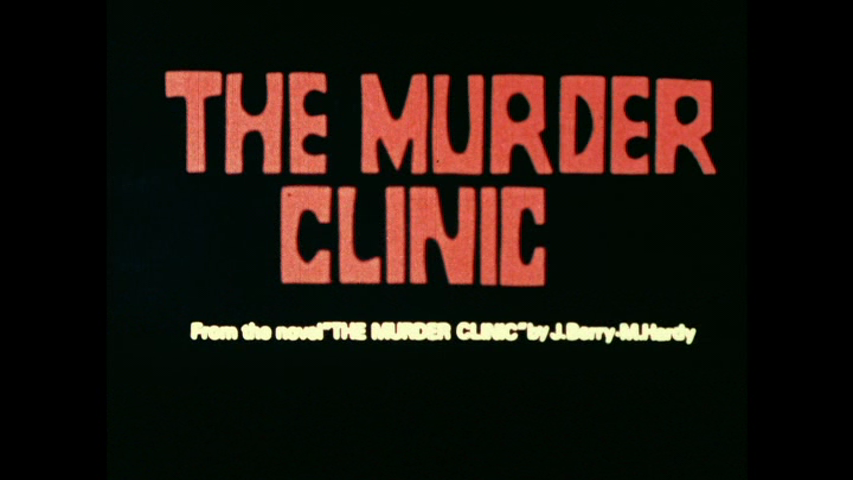 After German Sex Comedies galore, A biker flick AND a semi-naughty Schoolgirl film I was glad to save this obscure bit of Italian Horror for last!  I've seen it before and it's nice to have Code Red include it on Six Pack V.2 so that a legit version exists for all the American / English language friendly hunters of horror can have a copy in their collection.  The best way I can describe it is to ask you to imagine a mellow version of Slaughter Hotel colliding with a little bit of The Awful Dr. Orlof spun round through the early Gothic looking Italian horror lens.  It's not the most exciting bit of old school Giallo you'll ever find, but it's very entertaining and features a lot of great elements.  Like say, these.  Razorblade wielding cloaked killer? Check!  Sexy night clothing lit for maximum suspense. Check!  Maniacs ranting? Check!!! 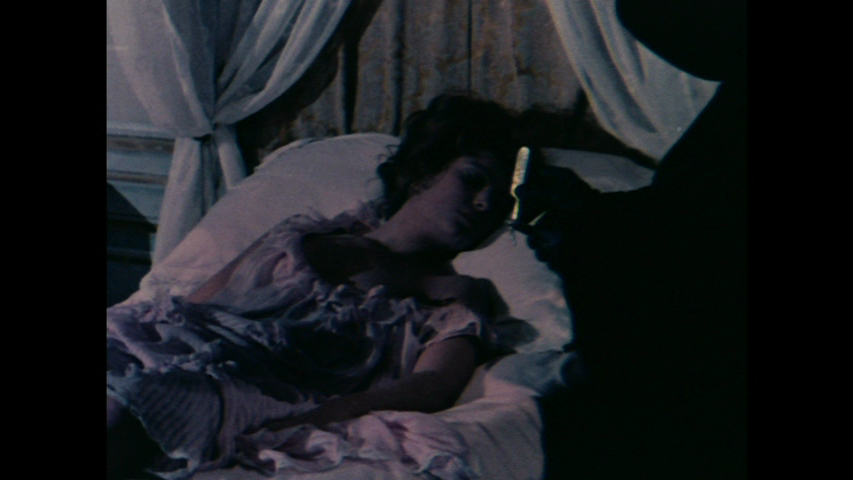 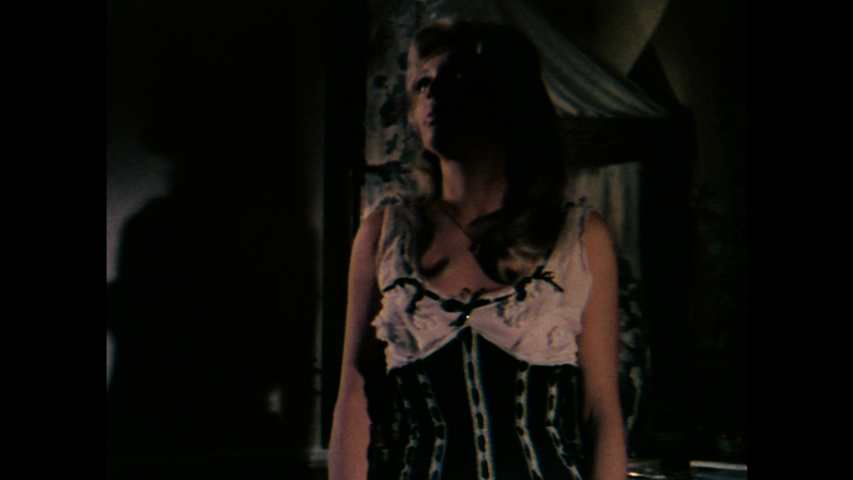 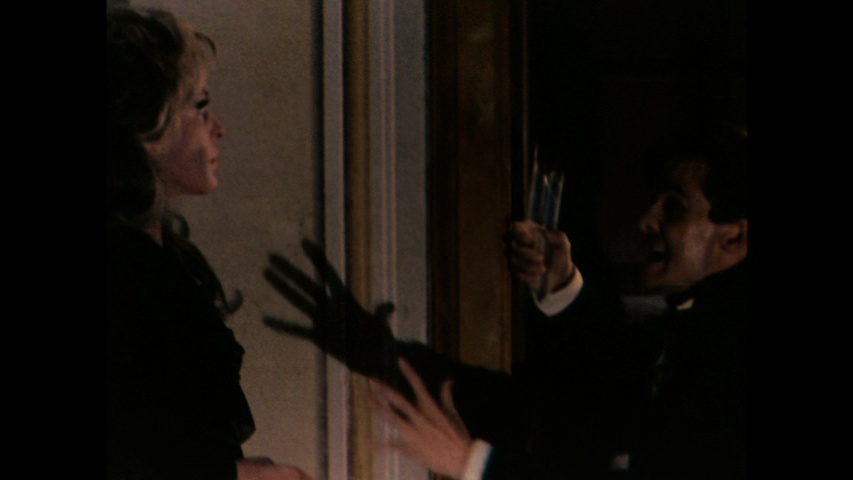 William Berger stars as the maybe crazy, maybe tortured Dr. Vance, who has set out to run the best clinic (or Rest Home as he calls it) in the area.  However, what we have instead is a clinic where the check in rate is high, but the check outs? Not so much!  There is some stalk and slash as a pretty patient is brought low by the mysterious cloaked figure, but after the obviously up to no good Gisèle de Brantom (Françoise Prévost) crosses paths with Doc as he is up to what appears to be some damning no-goodnik behavior, it's a game of WHO WILL SURVIVE and why? Or maybe, IT'S NOT SO SMART TO TRY AND ONE UP THE GUY AT THE MURDER CLINIC! 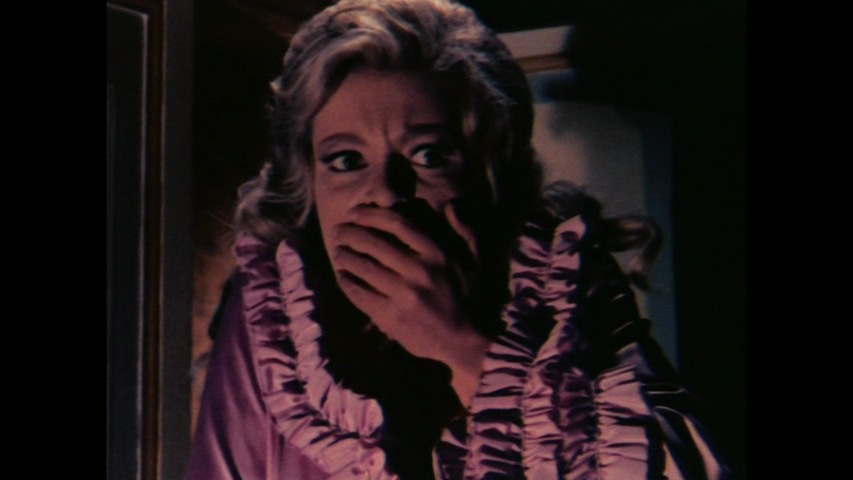 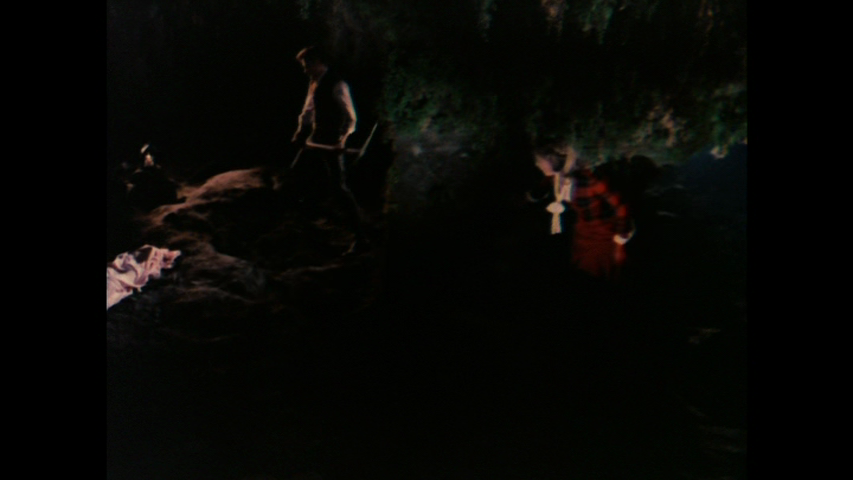 There is a lot to like about THE MURDER CLINIC and I would have grabbed this set just to get another copy into my collection.  Directed by Elio Scardamaglia, who was a producer on several Mario Bava films of which were certainly inspiration for the look, sound and atmosphere of The Murder Clinic, it's not overly stylish, but the cinematography, even presented in less than perfect circumstances, is impressive.  The shot above of the doctor at work as the wicked blonde watches on is pure Italian sixties magic.  Also, a score by Francesco De Masi sets the stage for a scenario by Ernesto Gastaldi and Luciano Martino. 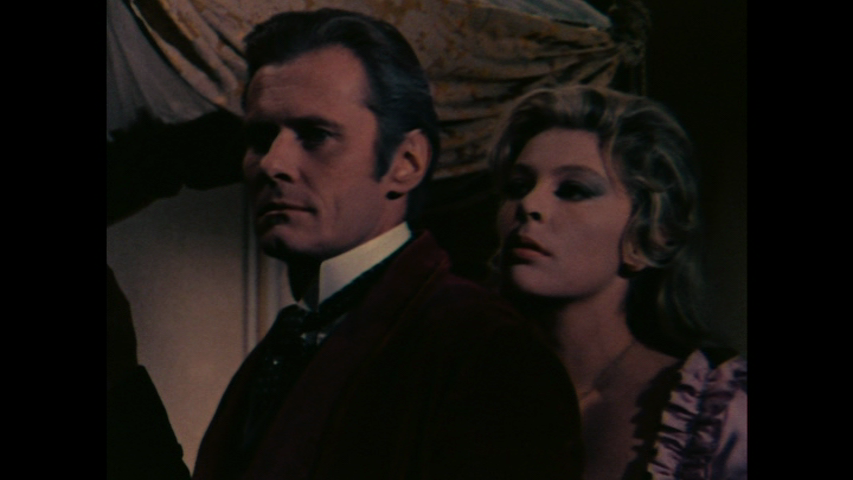 We know that Berger is fantastic, but the real star of the show is Françoise Prévost if you ask me. Sexy and definitely dangerous, she will do whatever it takes to get ahead. Ask the guy that was trying to fix the carriage!  And I have to say, the make up on (nonspoilermysterywomaningrossface) is fantastic with an eye rolling effect that will stick with me.
Seriously, this film has a pedigree and while I would be overselling it as a masterpiece of any kind, it's as solid as the edge of the killers blade, and even tosses in...a monstrously malformed woman!  You know you need it!  Even if it's just for posterity, a hard to find link in the chain of Italian Gothic Horror, you'll be well served at The Murder Clinic!

And so ends a full night (or 5) of CODE RED SIX PACK volume 2... A batch of battered films that will intrigue those that love cine-sludge and delight the seekers of cheap thrills!