I've always been a little obsessed by the oddball details that Jess Franco crams in to his films, and while enjoying Los blues de la calle Pop without the ability to decipher any of the dialog (I don't speak Spanish), it was a lot of fun to sit back and enjoy the new wave punk noir of the film.  It isn't just a clothing aesthetic either, the entire film plays like a tribute to the tough dick classics that Franco obviously enjoyed, but it shows off his sense of humor as well as random titles stating "OH, SHIT" and Richard Corben artwork pop up to be lovingly panned across.
I had never encountered the film before, but I'm certainly glad I have now! 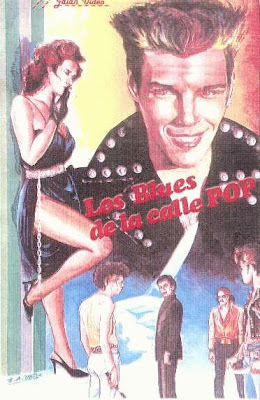 Felipe Marlboro (of which this is Volume 8 in his adventures by the films amusing logic) gets hired out by "Macho" to do...something.  He appears to be seeking someone, but I couldn't figure out who.  Yes, I could look it up, but I love to go into these films blind and go to the visuals before looking up plots, and I'll leave you that same luxury if you choose it.  He encounters a big batch of punk rock archetypes that don't play nice when Marlboro pokes his nose where it doesn't belong.  He tries to enlist Sam Chesterfield (Franco in his tribute to cigarette names picked a cool one, or is that KOOL?) and stuff happens. Luckily for him, a beautiful Lina Romay in Candy Coster mode has a few nude dance numbers and does a few numbers with the detective's dick (and look for a nifty bit with Antonio Mayans and Lina's pubic tuft)...  It all gets twisted up and has a wonderfully amusing end.  Best I could tell... 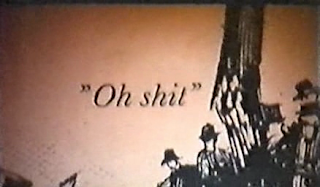 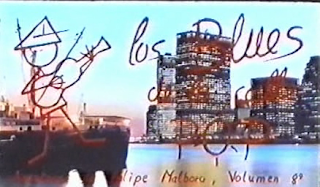 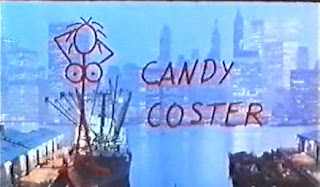 It isn't really the plot that will keep you coming back to this, but the non stop barrage of pop references and comic book editing that made me think of Lucky The Inscrutable with lots more nudity and less budget in a great way.  It never stops!  Here is a look at not only Richard Corben's DEN appearing, but also the amazing poster for Nosferatu featuring Franco's old collaborator, Klaus Kinski.


I almost fell out of my chair!  Den makes a few other appearances as well.  Also, you have to love a dancing thug!  This scene is cool in that it takes the tried and true beatdown and has Analia Ivars (in her first Franco role) in there to boot.  Watch for Dancing DoBadder to unleash a stomping!


And you can really get a feel for the editing as Jess Franco makes his first appearance right here!


And it does not pay to beat up Antonio Mayans when he is named after Franco's smokes...  I love that he keeps on dancin' till the end.


I think my revelation in this film was two fold.  I owe Franco a big debt in the appreciation that hunting for his movies for the last 20 plus years has allowed me to enjoy cinema on a purely visual level, almost freed from the chains of plot and the sometimes less than logical scripting of exploitation cinema worldwide.  While I know that I miss many cultural references in his films, I also learned to forget fearing that and begin to underthink the story and truly enjoy the visuals.  Los blues de la calle Pop is perfect for this! 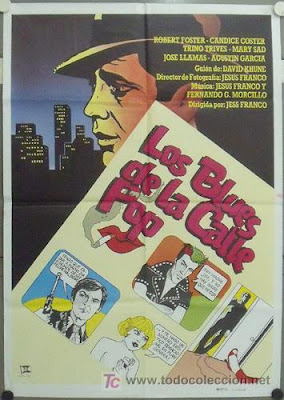 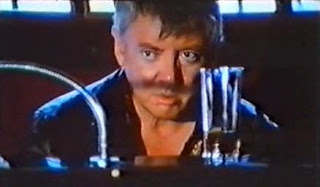 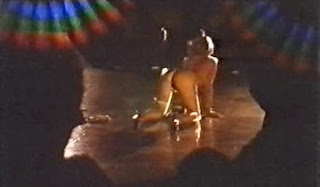 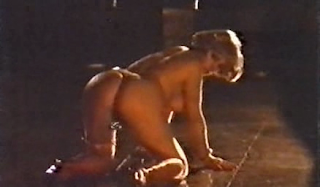 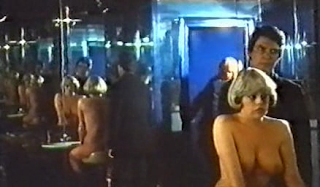 And yes, my love for Lina Romay demands we add a little tribute to her work.  One thing I really love about the 80s films is that Jess never lost his faith in Lina's beauty and always treated her the same way visually.  She has a great dance number...and here it is.  Enjoy it, and if you are feeling frisky or want to see one of the most entertaining comedies of Franco's 80s career, find yourself a little Pop Street action!