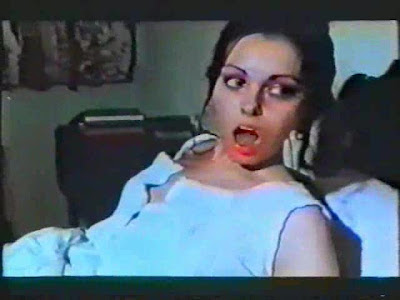 Now that the loss of Lina Romay has settled, I want to turn my eyes towards appreciating her career on a more frequent basis. I've done quite a bit over the years, including The Lina Romay Tag Posts which have loads of images and reviews and other fun bits of Franco and Romay interest.
Here is a really fun clip from the goofy comedy Les Nonnes en Folie / Les Chatouilleuses featuring Lina as a topless Zorro outsmarting Olivier Mathot!

The sound goes out of synch...but finding a good print of this film is REALLY tough!
Posted by David A. Zuzelo at Sunday, February 26, 2012