Halloween Horrors #7 - Humanoids From The Deep 1996

More terrorific tales to keep my Horror month rolling.  As a completely random grab I decided to give the 1996 Showtime "Roger Corman Presents" version of HUMANOIDS FROM THE DEEP a spin.  The original broadcast appears to be the longest available version, so I was doubly intrigued to check it out.  While nobody really needed a remake of the awesome original, I was actually really surprised by how much I liked this. It isn't a remake at all really, though yes, it does include some stock footage from the original.
Would it really be a Roger Corman exploitation of an older film without stock footage? 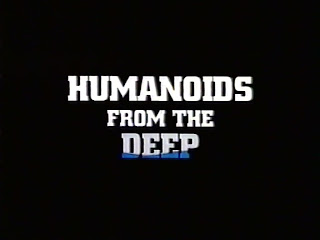 After a military operation goes awry and decapitations happen (as they tend to do when clawed creatures meet soldiers) a small fishing town with a secret is under siege as the Humanoids we know so well stalk the sea and slaughter.  Now, the stalking is a bit limited, they must have created a sleeve and claw to use, because practically every victim is grabbed in the same shot and dragged down below the surface.  It must have been a great day as the actors lined up one by one for their leg to latex sequence! 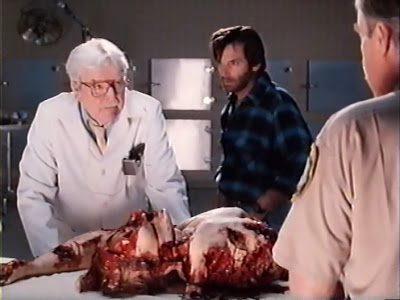 I love this image, that is the remains of a boy that falls into the water early in the film.  When they say "the little guy never had a chance" and the actual prosthetic is that little (and well made by the way), it made me chuckle and smile.
Anyways, there is a plot, but it is very typical monster movie trope-o-go-go.  Some of the fisherman are dumping chemicals called SYNESTIN into the water to make extra bucks.  Only issue is that the fishmen we saw earlier are actually a failed experiment to create SUPER SOLDIERS that are supposed to die out if not given the proper nutrients.  They eat Synestin as luck would have it!  Even that darn ROGEMAN gets in on the action. 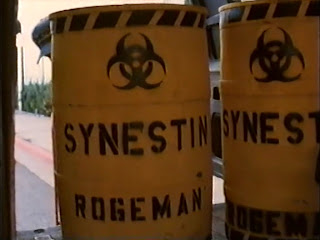 Various fisherman fall victim to the monsters (including Walton Goggins of Justified and The Shield) and there is even a little bit that uses stock footage from the mega-massacre at the end of the original film.  Thankfully, all is made right with some fire and a lot of full monster suit burns. 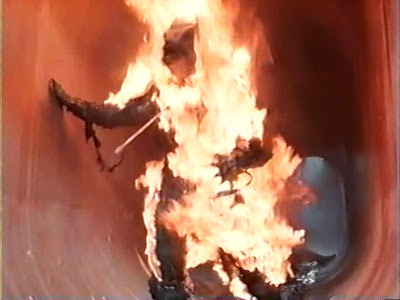 I had really low expectations for this and perhaps that is why I enjoyed it. Instead of trying to be the original it took the monsters and some of the ideas (and footage) and made a solid under 90 minute monster flick that has everything I could ask for. The make up effects and costumes are actually great and I didn't find fault with making the characters as standard as they were because there is some fun dialog and even a weird twist or two.  While we don't get the HUMPING FISHMAN redux, there is a great bit of a woman stumbling from the lair of the Humanoids to not just become inst-pregnant, but to BURST open and have a tiny Humanoid make it's escape.  It's like THE THING on a 20 dollar budget, and I'm good with that.  Also, you have to see the IMPREGNO-COCOON! I loved this set very very much, it should be in every monster flick. 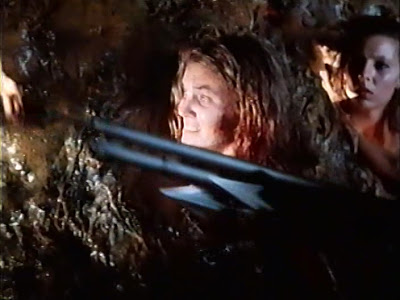 If you, like me, are burnt out on the endless "MEGADINOCROCTORIPOFFOFARIPOFFOFAGREATIDEA" genre then this might be for you. Straight forward monster suits mushing it up with a batch of really silly characters that don't take things really seriously.
Have a glass of Rogeman's SYNESTRIN and enjoy on a cool October night with a Pumpkin Ale or 5! 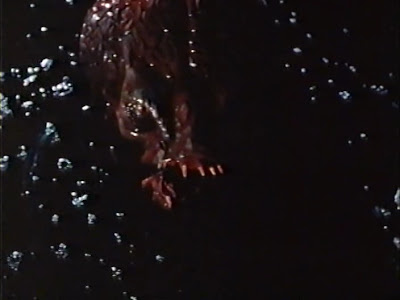