Jess Franco by Belinsky and Jano!

I was talking to my friend Bob Sargent today and couldn't help but jab him towards finally putting together the Jano book he has been wanting to create for as long as I've known him. Then I realized I could tie Jano in with my recent favorite artist, Belinsky, via the Jess Franco film Devil's Island Lovers.
First we have the Belinsky-a censored version of which appeared on the Image DVD. Then, the Jano artwork. I like both quite a lot, the Jano one follows his montage approach really well. Belinsky goes a bit cleaner-but it works great.
The final picture is a somewhat ugly, yet oddly appealing, video box. No idea who did the art for that one, but the hands from the watery grave of the island's captivity is far more horrific than I would have thought this film could have used to sell it.

Now then, if you dig the Jano art, go to the Eurotrash Paradise and bug the editor of Videooze for that book!! 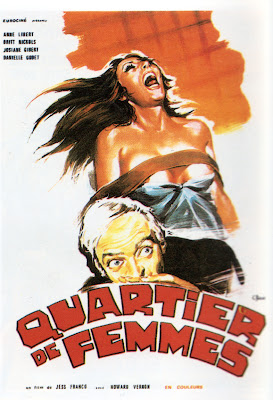 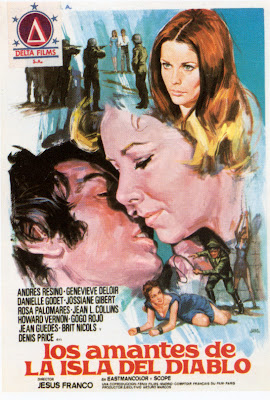 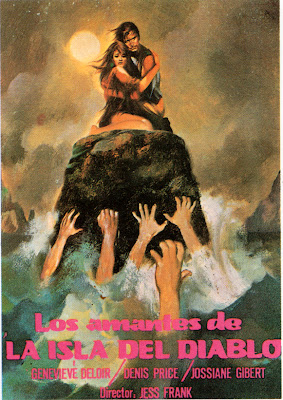