One of the early Eurotrash horrors, Lycanthropus, was imported into the US under the brilliant title of WEREWOLF IN A GIRLS' DORMITORY. A great title to say the least, it has the lure of monsters and college girls laid out for horror fans-and in 1962 I bet that was indeed hot stuff. Hey, it still works. But behind that groovy title lies an excellent little shocker that is a must see for any Italian Horror enthusiast. While the director did not go on to work in the monsters n' skin genre, screenwriter Ernesto Gastaldi would go on to pen a whole slab of classic trash in the years to come. Before this he had also written The Vampire And The Ballerina (another great title), but who could of guessed he would become the go to guy for nearly all the popular subgenres of Eurotrash? From Peplum (Giants Of Rome) to Gothic (Long Hair Of Death) to Western (I Am Sartana, Your Angel Of Death) to Giallo (Strange Vice of Mrs. Wardh) to Spy (Ring Around The World) to Post Nuke (2019:After The Fall Of New York) to Crime (The Rat, The Cynic And The Fist) and sleaze action (Great Alligator River)-he did it all!
Werewolf... is available on DVD in several places and in varying quality-though the Retromedia disc looks to be the sharpest available, it does omit the cool opening song for the US edition, The Ghoul In School. I'm bummed out to see it missing-but the film in good quality is worth that sacrifice.

What follows is a feature from Charlton Publications magazine HORROR MONSTERS from Vol. 2 #7 (Winter 1963). A huge thanks goes out to Dan Taylor from Exploitation Retrospect for gifting a stack of these amazing monster mags to the group at the Eurotrash Paradise World Con this year. Click the images for nice readable copies and stay groovy! The awesome trailer is posted at the bottom...sing it! The Ghoul In Schoooool! 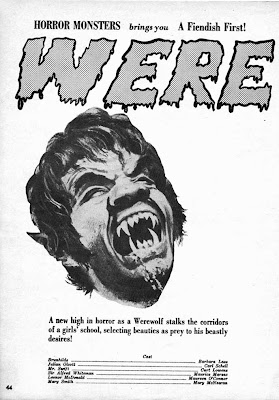 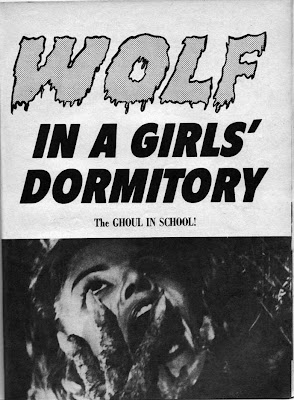 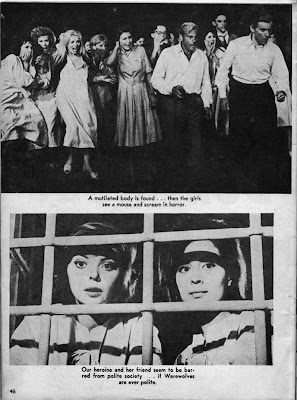 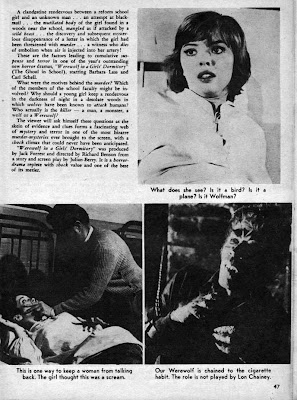 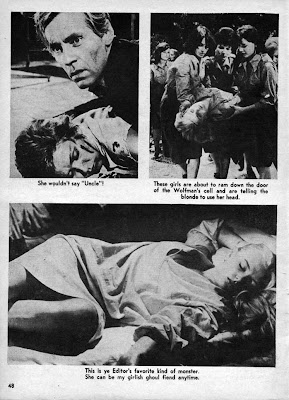 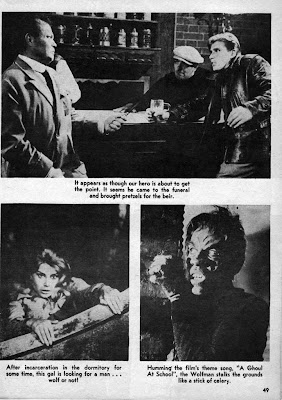 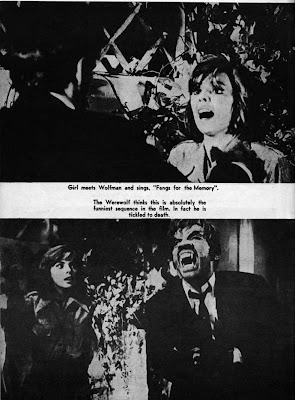 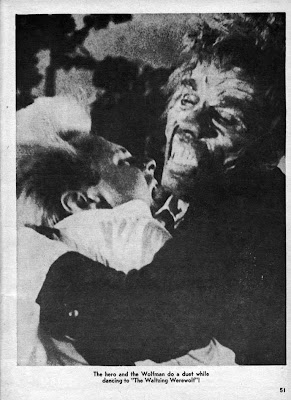 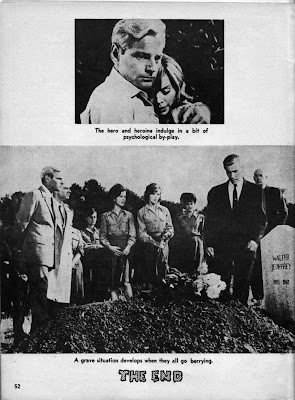 That's a whole heapo goodness there for a classic old school B/W horror flick. It's actually one of those movies I've never managed to catch. Hopefully it will one day pop up on late night TV.
One that most definitely will not is the upcoming Werewolf In A Women's Prison ... gimmee some werewolf sugar baby :) . bb

man...cool! i just got an 8 foot banner for this film...amazing!

great film. I think I actually may have a copy on VHS that I taped from late night TV.