They Call Her One Eye...CineMoments Gallery

Over the years I've written a LOT about Thriller-A Cruel Picture / They Call Her One Eye.  The recent photo gallery meme got me to thinking about how to present it in a slightly different way.  I find the film very powerful, but is it really the image of Christina Lindberg in a duster and eye patch blowing away scumbags that makes the vengeance taste so sweet?
The easy answer is yes, but director Bo Arne Vibenius' film is perhaps to easily dismissed as a girl with gun film.  The level of desperation and humiliation that Frigga / Madeline suffers with on a minute to minute basis, from her early childhood no less, builds and builds on the viewer until you really have no choice but to want to identify with her violence.  This isn't Paul Kersey in Death Wish, Frigga has had it rough for way to long to not find a way to purge this all out.  And she doesn't take a simple path.
She suffers as she plans not only escape, but total vengeance...and her soul pays the tolls along the highway to that final oblivion she drives off in to at films end.  Not only does she lose her parents, but as she ponders her actions in the end, she has lost herself.
But I find this ending hopeful, the Frigga that has run her course is a drug addled and deaf mute victim-what is left is a stronger woman, riding off in to the sunset in a vehicle that suggests authority.
There is not much hope in the VibeniusVerse-wait until I get to Breaking Point-and he would love to have shot Thriller 2 where our "vengeance woman" battles evil terroritsts.
I like to think she found her way back home.
You can't forget the performance of Christina Lindberg either.  At Cinema Wasteland she mentioned the "brilliance of Vibenius" was realizing that she was limited in her acting. Given no dialog at all, Lindberg communicates nothing but raw emotions in her scenes, which are nearly the complete running time.  And she does it well.
Thriller also boasts the presence of Heinz Hopf, a man that did not appreciate his villainous typecasting, but if ever there was a character that deserved to have his head detached from his body by getting it tugged off...his Tony would be it.
So, here are scenes that are not about revenge from one of the great revenge films...THRILLER-A CRUEL PICTURE. 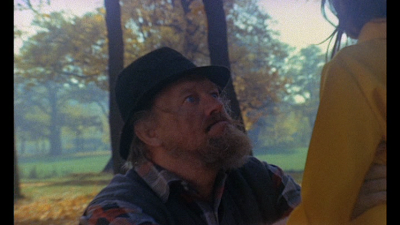 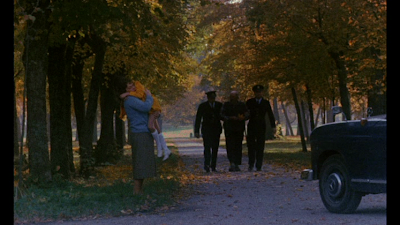 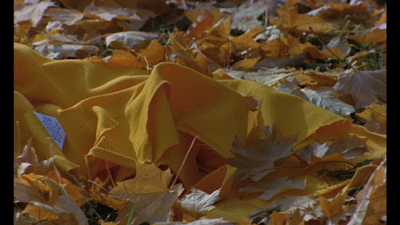 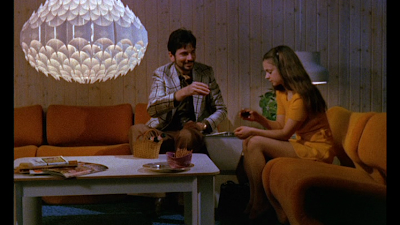 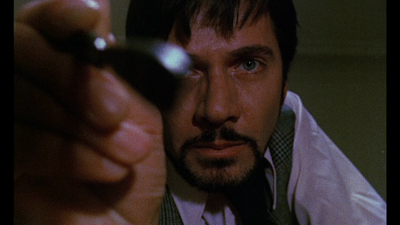 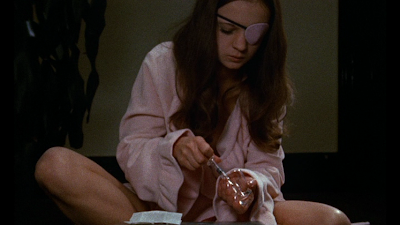 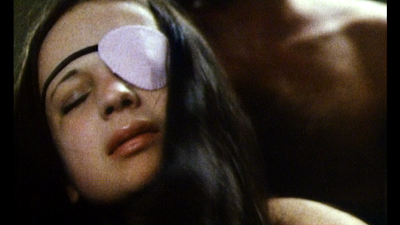 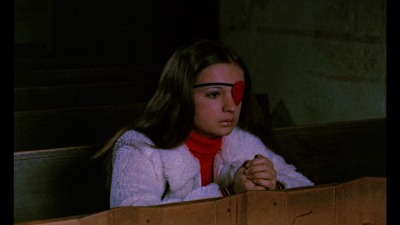 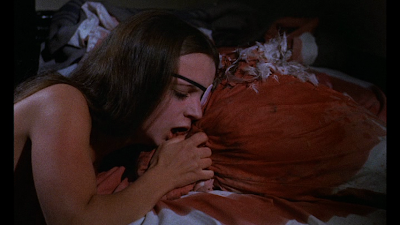 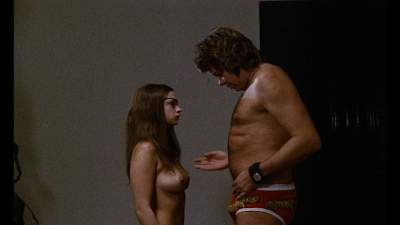 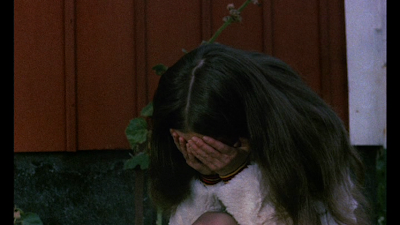 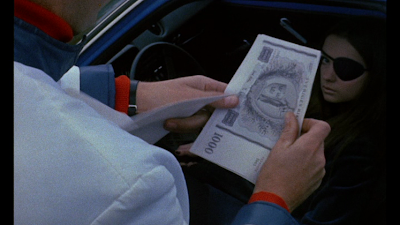 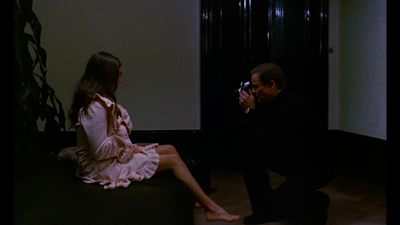 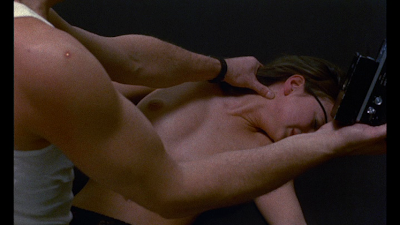 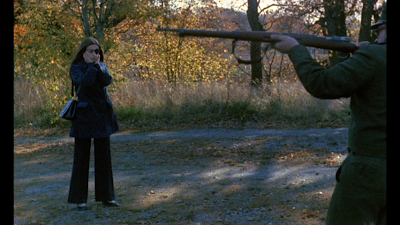 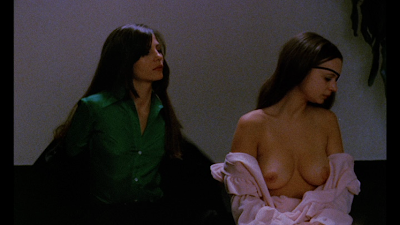 and her vengeance...well...it is magnificently done. 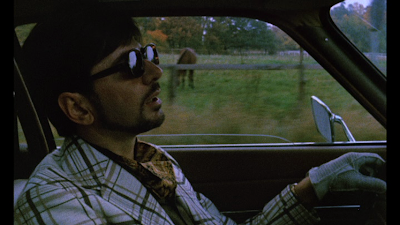 Great movie! Though I think I am one of the few people that enjoyed the They call her One eye version better than Thriller. Crazy I know.