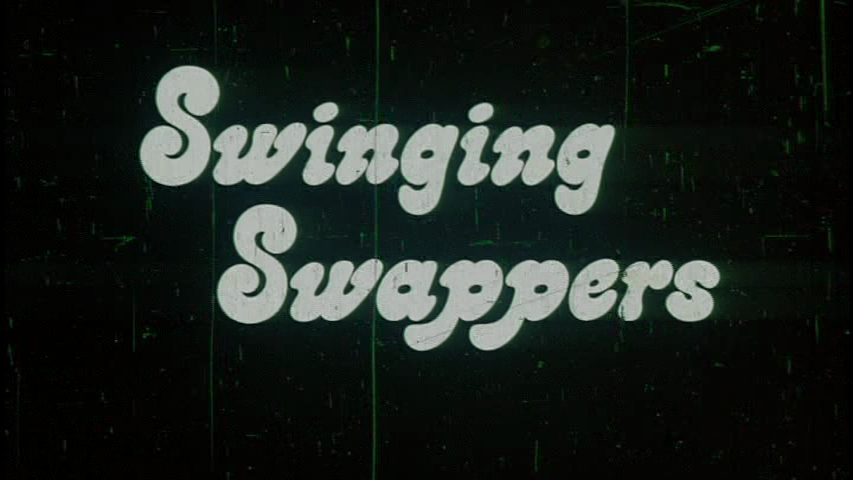 Here we go, finishing Disc 1 of CODE RED's SIX PACK VOLUME 2 with Swinging Swappers. Now, if that title doesn't win the REDUNDANT SEXUAL PHRASING AS ONLY A HACKED UP PRINT OF A GERMAN SEX COMEDY CAN CARRY award, I'm not sure what will.  That is one prestigious award!  Thank you, Hemisphere!! 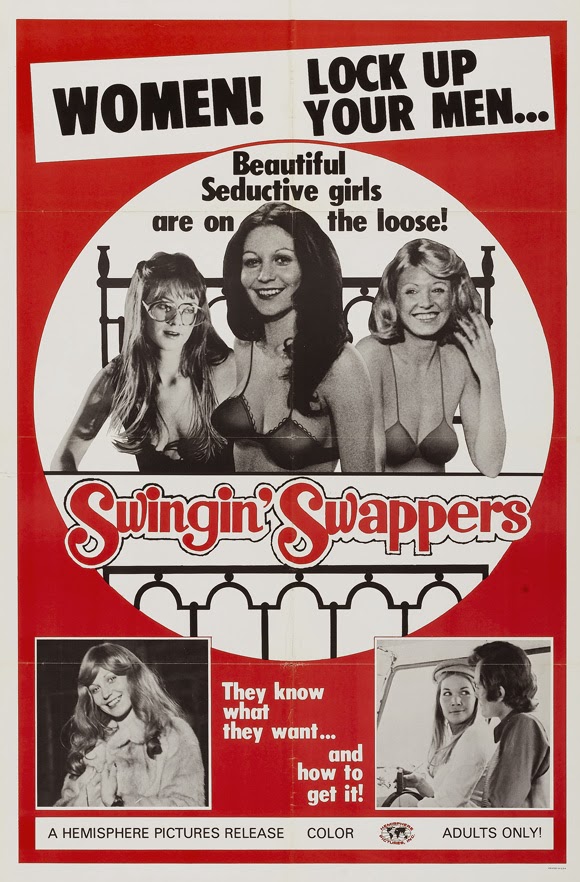 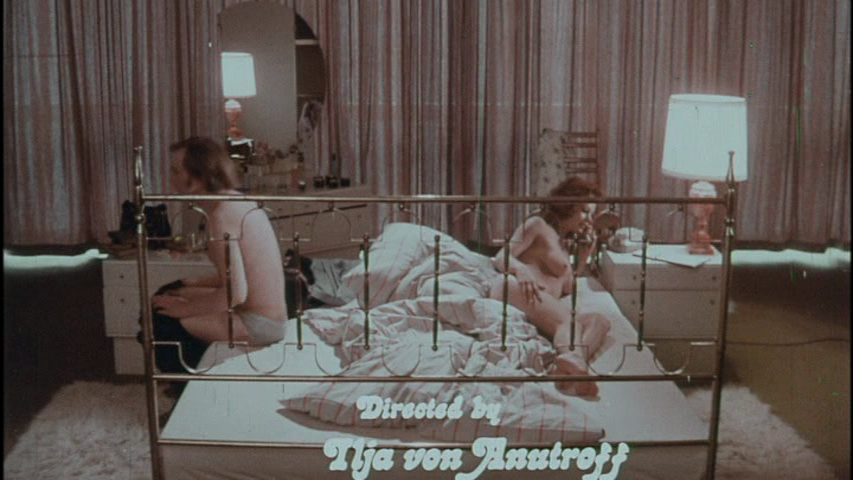 After a heavily cut opening credits scene that somehow still retains some groove, we realize that we are watching a 1 hour print of the film BETTKANONEN from 1973.  A pretty typical bit of sexy time cinema, it's the tale of a roving reporter out for some stories on the upper crust at a dinner party. A grizzled old veteran starts spinning stories about the guests and we follow along. My favorite of the batch comes first (and hey, that sort of stinks when the cinewad gets blown that fast) as a naughty wife decides to hire a woman to seduce her husband so she can get a divorce from him to hook up with her lover.  Several "car/boat" out of control during the schnitzel slinging jokes ensue, but hubby ain't dumb at all.  He not only gets his pay for play gal on board, but zooms the wife with his own Private Dick and leaves her with a, "be more careful in the next marriage!"  Good dirty fun. 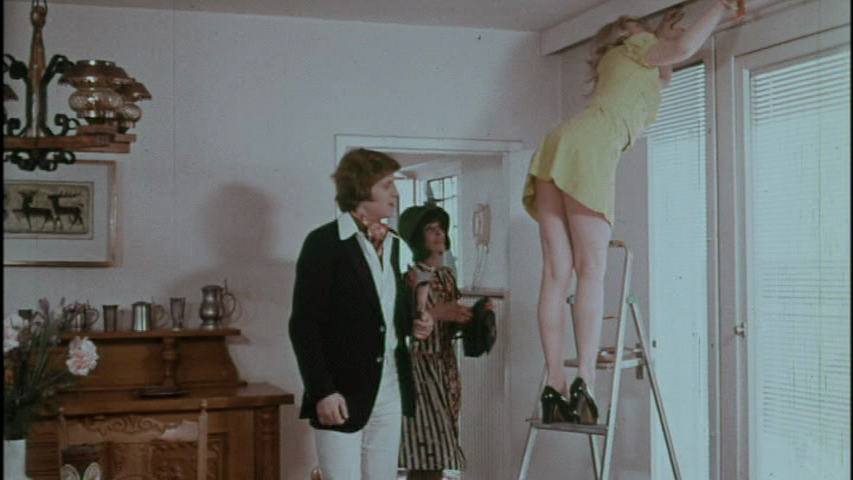 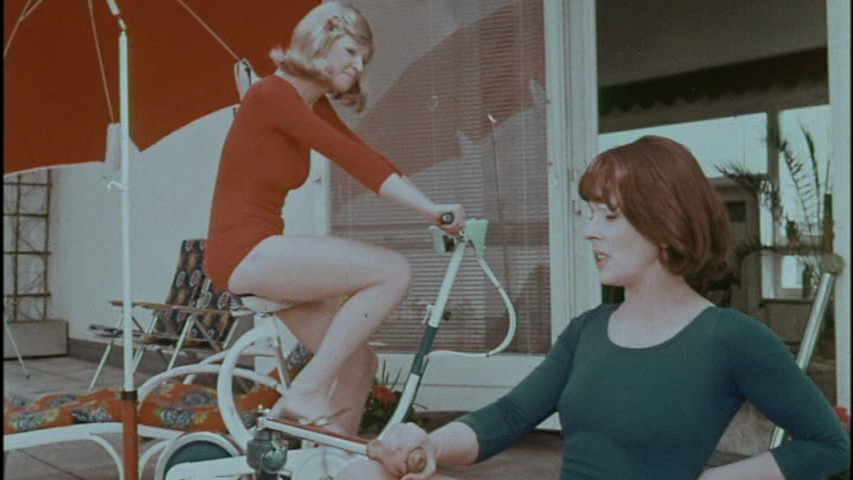 The other stories are a bit more standard, but you'll thrill (maybe a little) to the "crime" segment as we learn about a heist gone wrong and a kidnapped woman that may just have the perfect endgame to her ordeal. And there are groovy clothes and beautiful women...of course. 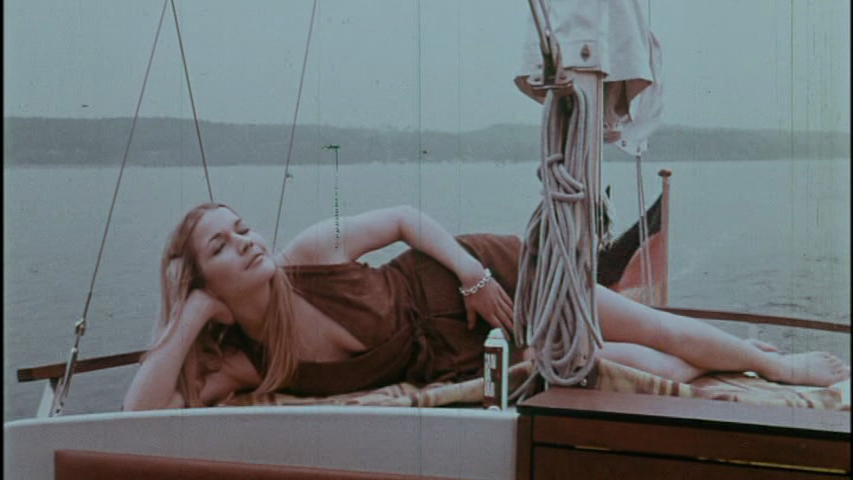 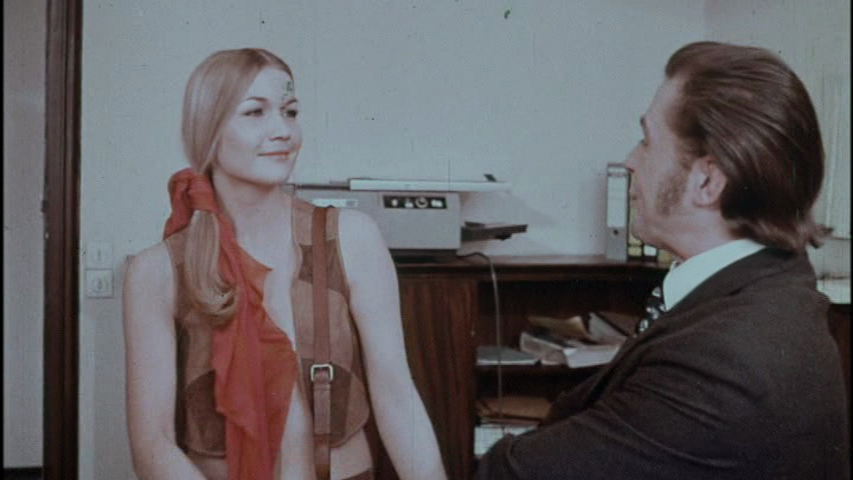 The final scene is an interesting one, not so much for the typical "middle eastern" harem guy that wants a red headed baroness only to be fooled by a hotel employee in disguise (complete with Ilsa, Harem Keeper Of The Oil Sheiks duo), which is fine and all, but the fact that the DVD just ENDS during the film. As the confused guy tries to sort out which redhead is which, he ends up standing toe to toe with an elderly driver and WHAM!!! Menu.  Now, I'm not one to complain, but I am one to investigate.  So, without further ado, here is the scenes finale from an ancient VHS!  Not only is there a one punch brawl, but our poor girl is going to get her man.

Overall, an interesting oddity and I'm loving my CR6P, only 9 more movies to go!  And here we go, because nobody demanded it, but I wanted it...the original opening to this film.  The US credits are completely cut down, I love the music and editing here!  Enjoy!