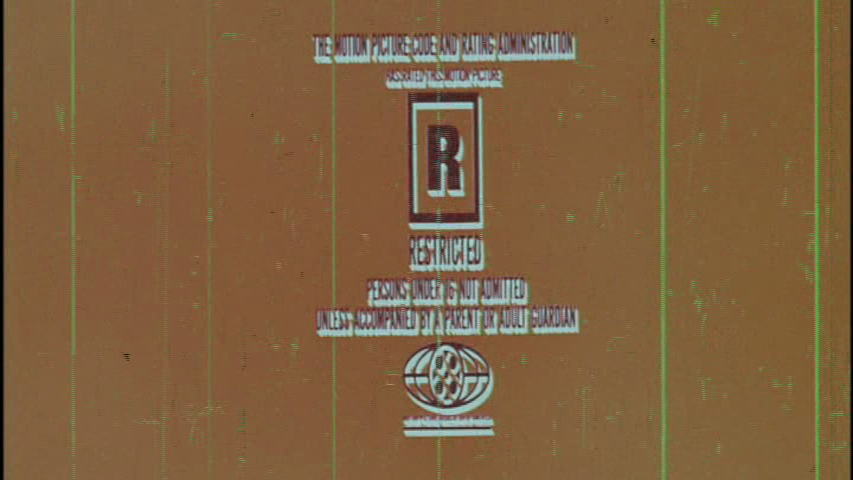 Back into the CODE RED DVD Six Pack today for a short blast of STEWARDESS REPORT action, heavily cut down to just over 1 hour.  This adaptation of Die Stewardessen (which is available on uncensored Blu Ray via Elite) is fun to watch for sure, but keep in mind that Hemisphere was obviously looking for bottom of the bill fodder and scissored not just chat, but lots of nudity as well!  The upside is that buyers of the set can check out some of the fun in this REPORT film (I love these, click here and you'll see how much) for little investment. 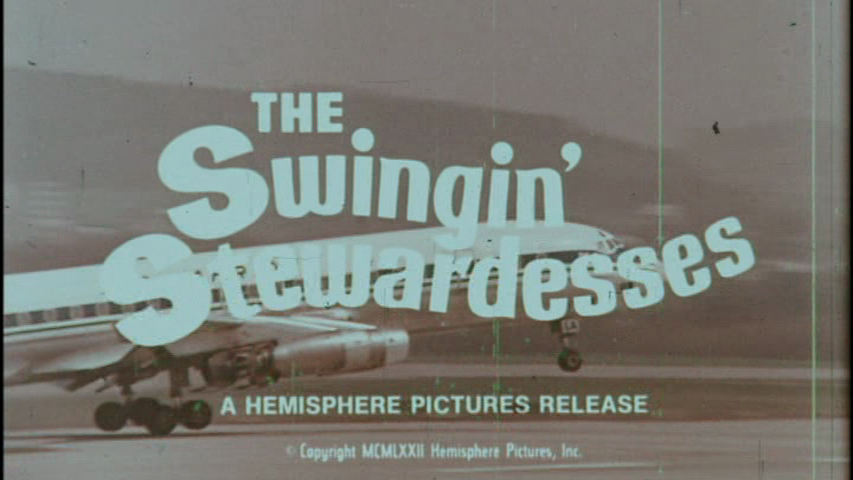 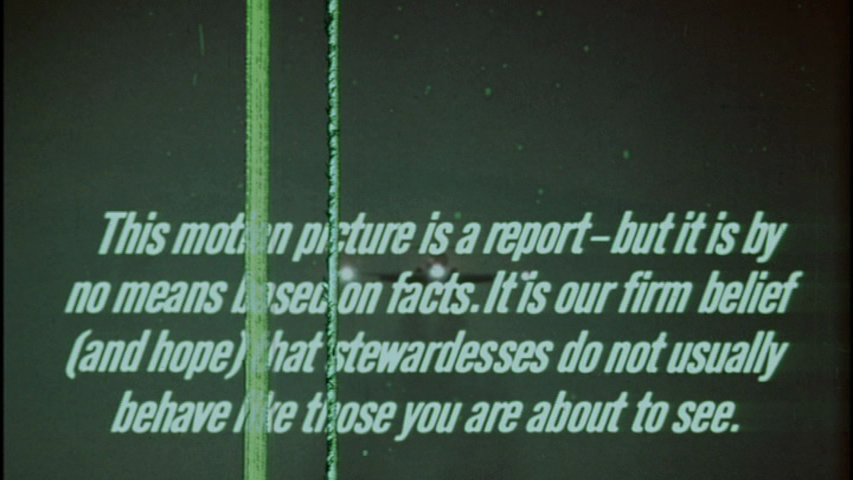 What we have is several tales of sexual escapades from various stewardesses as they travel the globe hungry for new experiences and dudes in tighty whiteys as well.  I could tell you plot, but instead, how about some highlights.  The actresses are all of that perfect 70s variety of sexploitation standard, especially Ingrid Steeger and Evelyne Traeger who both get to show more smiles than skin in this cut of the film, but they are nice smiles and the dubbing is hilarious pretty much throughout.
Listen as the tale of Messalina is used as an aphrodisiac!  Thrill as a group of swinging groovys watch a porn film while the voice over from Evelyne Traegar's character complains that the film is moving to slow...get to the action!!  Watch as SVEN the body builder unleashes his massive physique to train women in how best to get the most from their bodies...even if it requires using a swing!
Overall..it's just good fun and on a beat up print that enhances it's effect.  Nice background noise for a party of YOUR swinging pals!  Groovy tunes from Franco regular Walter Baumgartner will keep your toes tapping, even if you won't get to see the best nude bits of the film.
My favorite part?  Well... watch this perfect pants flip at the camera from Margrit Siegel!  Just awesome.  Worth spending a lot on? Nope. Not in this version, but you don't have too.  If you like it, get the Blu Ray.  If you are trolling through a set that keeps on giving, suck it in and blow it out...on to the next! 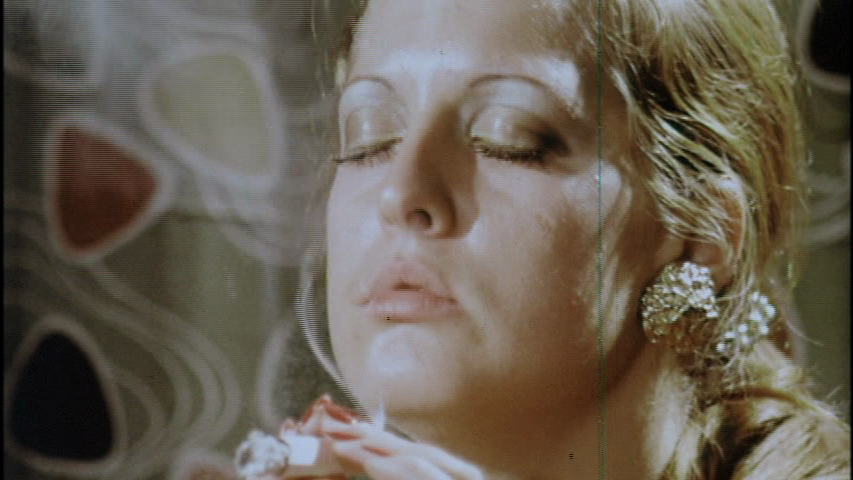 And here is the pants flip! 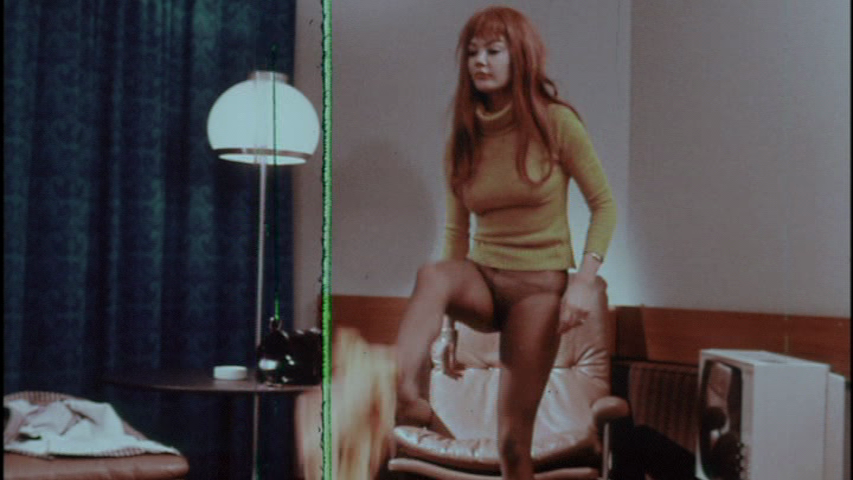 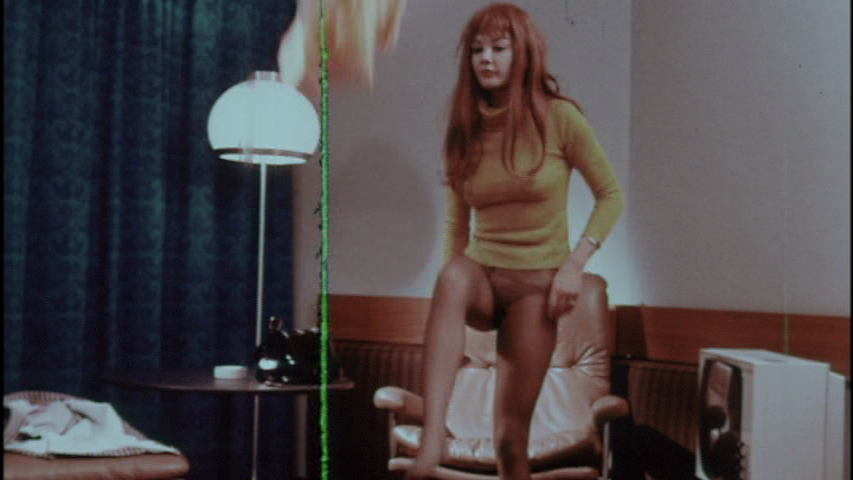 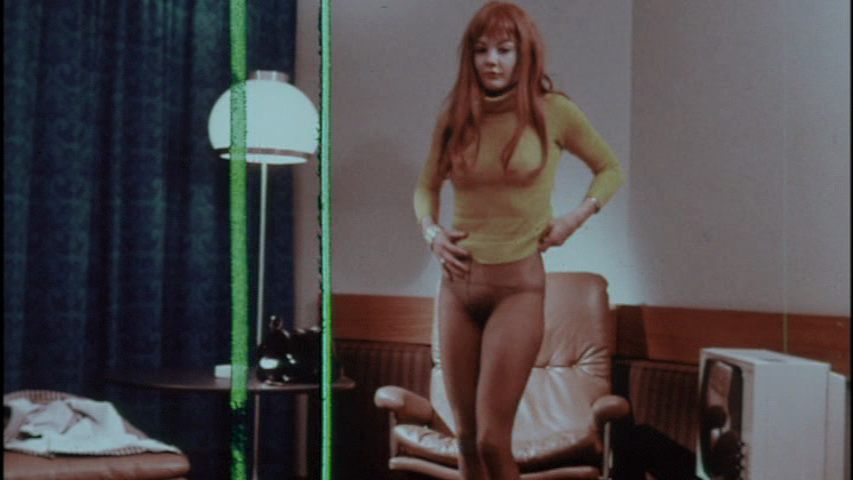 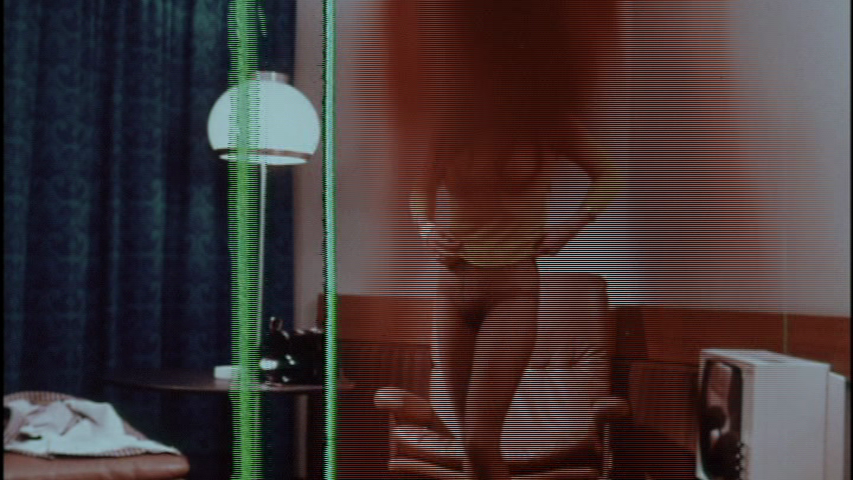 And for your enjoyment... the original German opening. The nudity in this clip is scissored out of the American release! ACK!
Posted by David A. Zuzelo at Monday, July 07, 2014