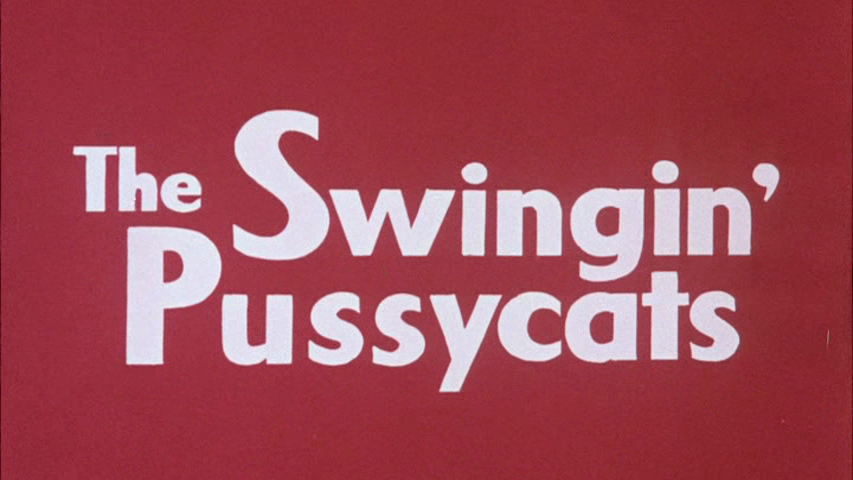 It's time for more heavily edited German Sex Comedies via CODE RED SIX PACK!  Hey, I like these things, but this late 60s entry might be pushing things a little.  It's missing a whole lot of the nudity...like this shot taken from a German VHS from 1991. 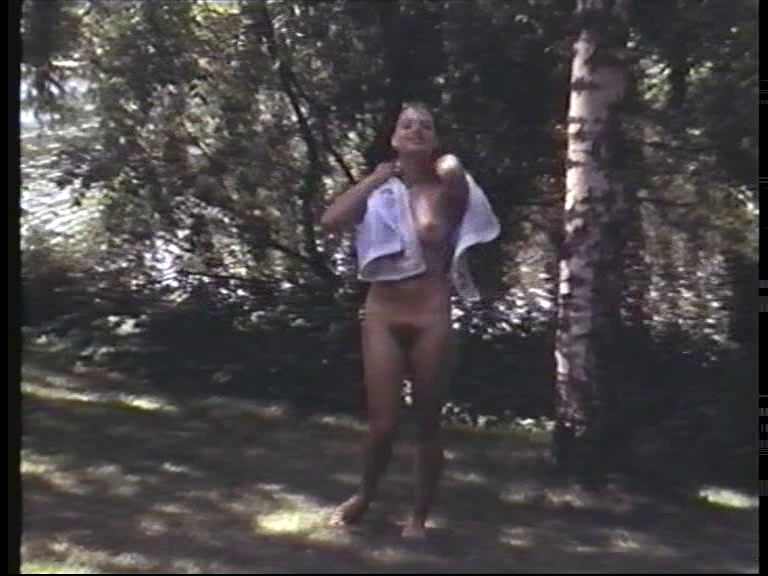 But that doesn't mean it's not worth watching for genre fans. I think much of the language oriented comedy is demolished, but it's a got some broad appeal (ahem) jokes that I got a kick out of.  The story is simple.  A family of libertine's have a family sex gathering every year (???) and the youngest daughter (played by Ingrid Steeger in a very early role, she is billed very low) comes back from school as a VIRGIN!  This will not do!  So, it's a full blast comedy...riot...no...um...sack of shenigans... no...oh oh, implied due to cuts sex fest!  We do get lots of shots of banging headboards though.  So, fans of that will be satisfied! 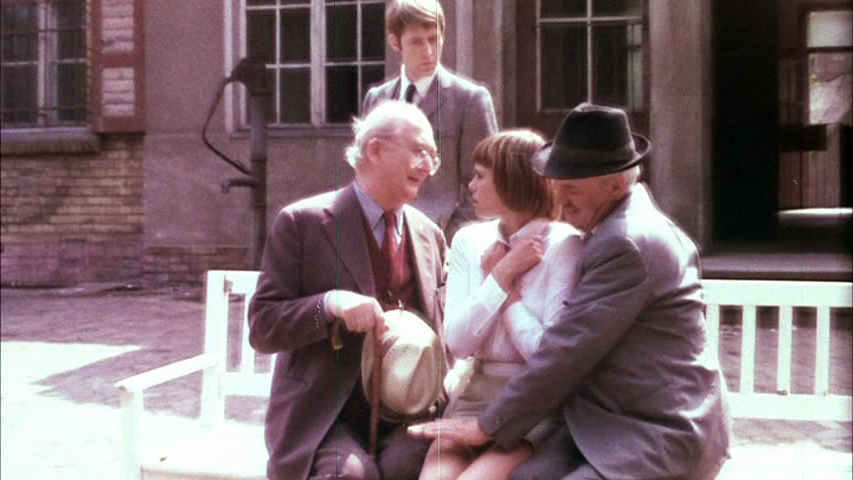 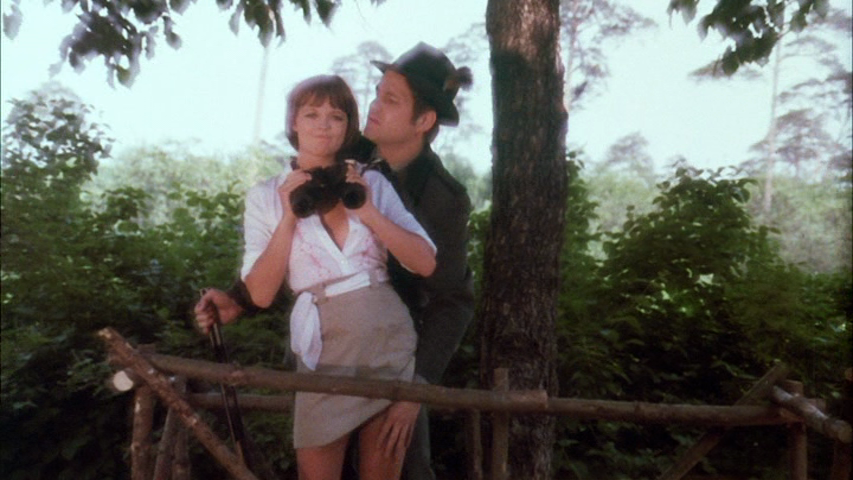 Dirty old men even make an appearance!
Anyways, it all goes as you would expect it to and if nothing else the violin teacher that gets released, but not before multiple releases as he searches everyones room to find his missing bow. The long one, with a curve...  Yep, it's TeeHee central! 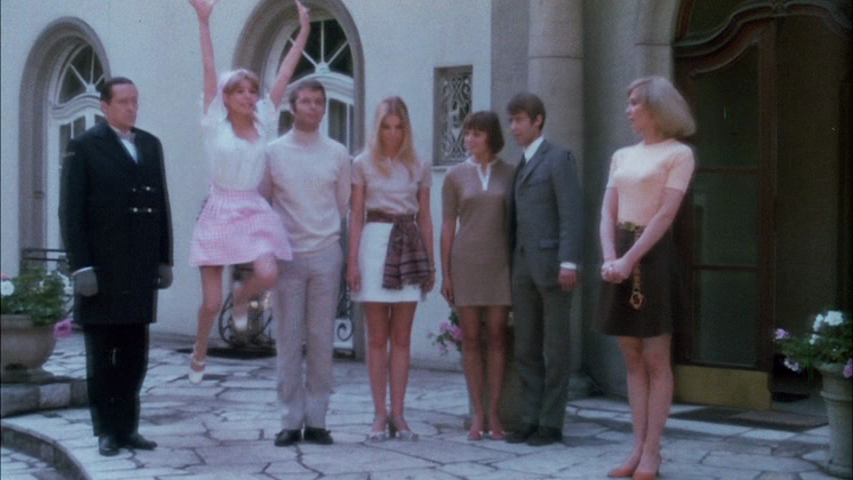 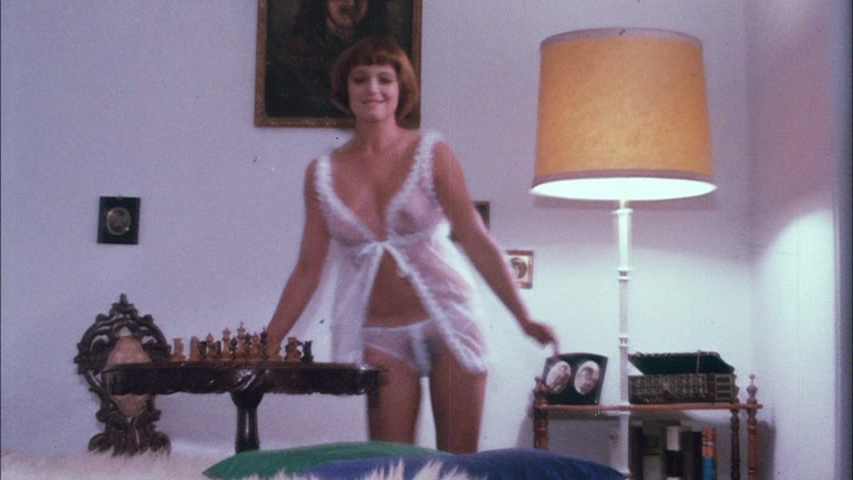 Overall...it's fine, another welcome addition to the Six Pack experience to be honest, I like the super short running times at least, nice bottom of the bill fodder and as usual, if you find 60s ladies of Europe alluring (as I do) then you'll get a kick out of not just seeing Steeger, but also Andrea Rau of DAUGHTERS OF DARKNESS fame flitting about.

The US version starts off pretty ballsy as well, as we get a countdown clock to sexual hijinx with a full 20 seconds of blank screen to start things.  This must have been VERY interesting to the original audiences.  eh.  Well, you gotta fill up all that cut nudity run time with something, but BLANK isn't the usual method I see! 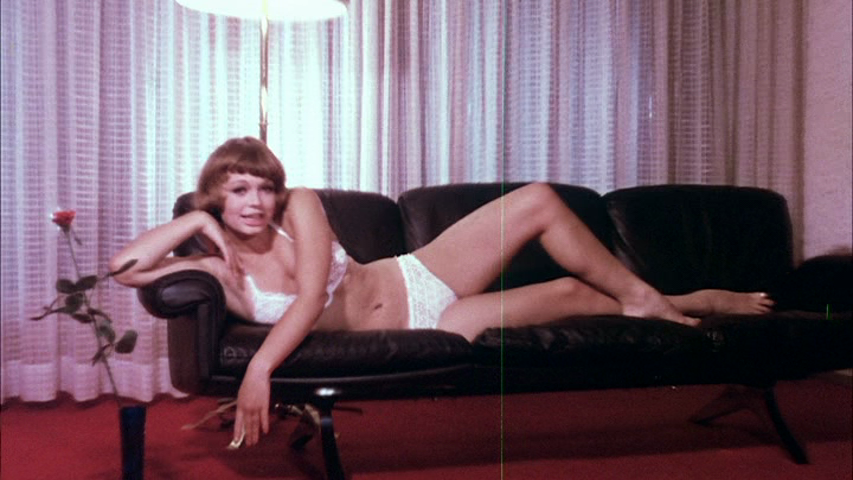 Code Red's presentation of this edit looks nice, there is a strange sort of blurring that goes on (look at the shot in the trees above), but that is also present on the old VHS, so it must have been intentional.  Dreamlike?  Humph. It matters not, this one can be your first check off to get to the sexier delights of some of the other Six Pack flicks. What we have here is a set of clips from an early German Sex Comedy that will interest fans, but probably not many else.  ONWARDS!!! 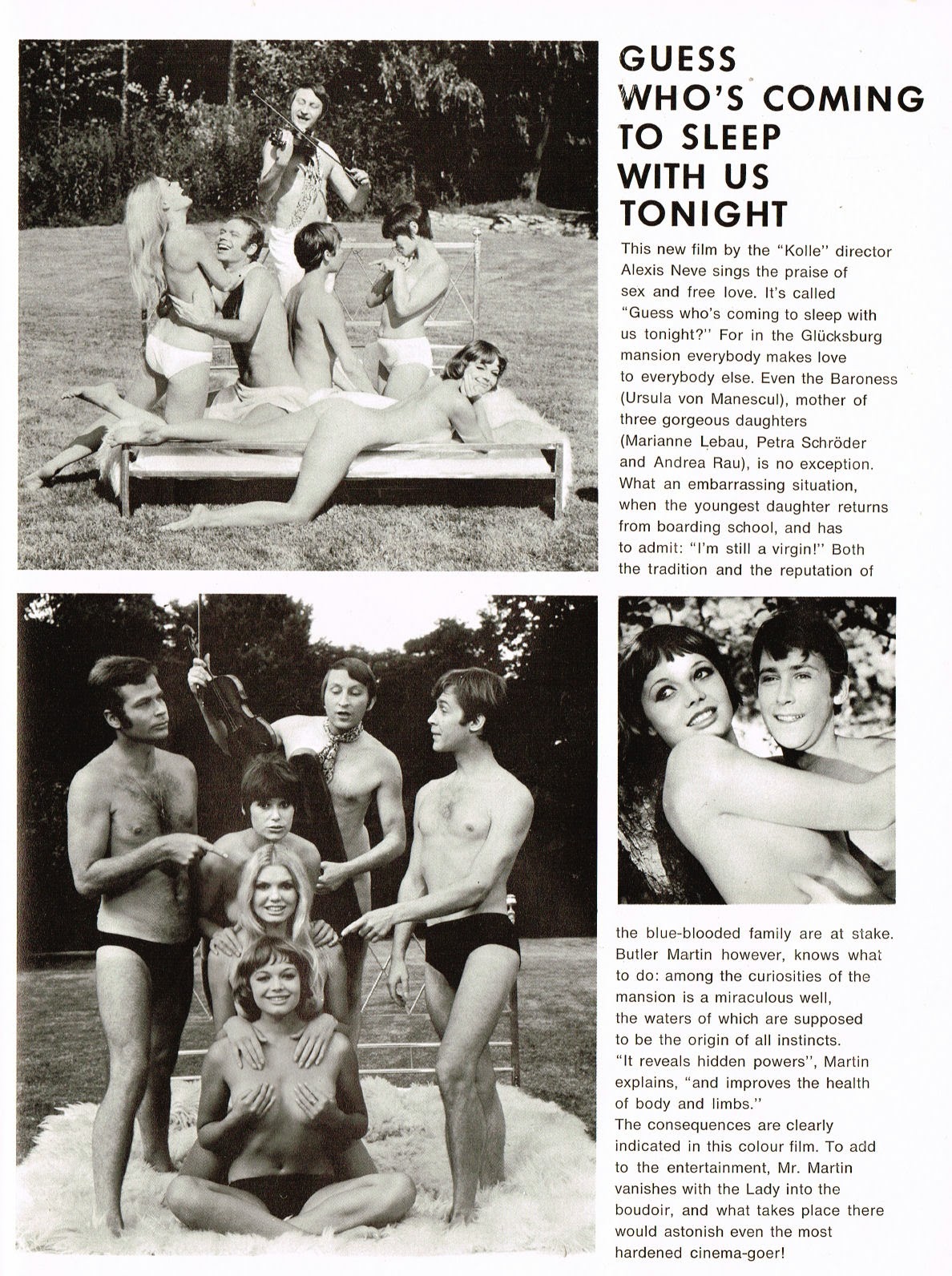 And here, presented without sound for technical glitch reasons, are the original credits.  LONG and actually pretty amusing!