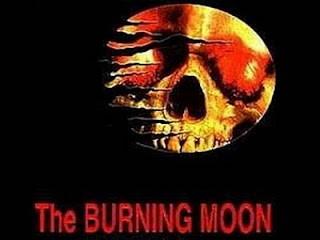 You could have knocked me over with a faux blood syrup drenched spatula when it was announced that INTERVISION would be releasing the Olaf Ittenbach directed total Class-ICK flick, THE BURNING MOON.  Yet somehow I had not seen this release until today, which is perfect timing since the work of this amazing independent director from Germany is everything I love about the horror genre.  Full of balls, gusto, creativity, ambition and GORE GALORE, his films are all just as interesting as they are mayhem fueled.  I've probably caught this film a half dozen times since I first heard about it (when Premutos was first released) and it never fails to entertain and even surprise with bizarre details and small moments amidst the carnage.  While The Burning Moon is not his masterwork, it is a declaration of true GoreLord status right out of the gate and I hope it raises up some new fans to his work, which continues to this day! 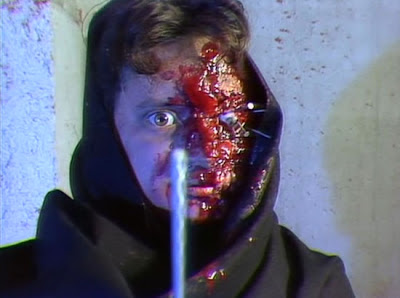 The Burning Moon is kind of an anthology where the wrap around sequence runs a bit longer than expected and is just a nasty bit of work that sees a young Heavy Metal Parking Lot dude living the life chaotic, trying to get a job but realizing it would just suck the joy out of stuff like beating the fuck out of rival gang members in late night battles that include smoke machines for backlighting!  Bah, can't have that!  The dude is played by Olaf himself, and it works on a fun meta level...frustrated metal mayhem maker rages against the film machines everywhere.  Thankfully, the real life cine-rebel is STILL working and seeing releases of these early films.  It doesn't turn out so well for his on screen avatar of course... After his home life is revealed and his frustration mounts he decides to spend some quality time with his little brother and gets all Crypt Keeper for a (drill)bit as he spins out two tales of Teutonic Terror. 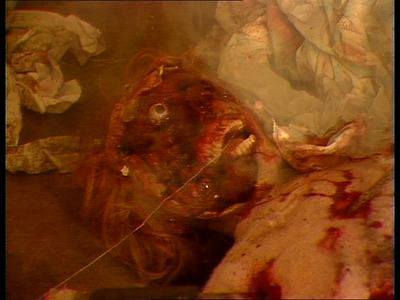 First up is Julia's Love, a psycho love tale that features some stunning dialog (watch for the cop who FINALLY arrives at the massacre spot after everything happens--he is pissed that a decapitated head was chucked on his car!) and totally berserk gore.  But as outrageous as the violence gets, including an eyeball being jammed down a woman's throat as scene from her STOMACH'S point of view, that isn't how I remember this particular segment.  It's got a weird pace to it that I find rather hypnotic, because even though it looks like a cheaply made horror scenario, the insane overkill both in the acting and action makes the entire thing very intense.  I've seen it before, but I always get caught up waiting to see how it all plays out.  And trust me, it's not your usual splatterfest that cuts away. Ever. 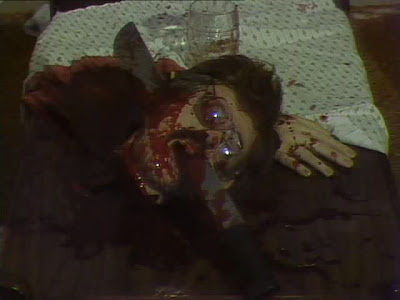 Then we hit The Purity.  I think this segment stands as one of the most ambitious and strange pieces of GermaGore EVER seen.  You can line up all the Schnaas, Rose and crew films, but this segment works hard to make something weird out of nothing and succeeds at every turn.  Set in the 50s, this has a rampaging priest that seems to be shredding the line between Heaven and Hell with his actions--and when everything overwhelms him a tragedy befalls those left behind.  But the Bone Fracturing Father won't stand for it and he unleashes HELL, quite literally, on the people that make an innocent atone for the sins of the townsfolk.  From there, a LONG and unbelievable sequence of slaughter will work your tolerance as colander headed monsters splat into flesh and effect after effect is forged in latex and syrup with so much love for the genre that I can't help but feel enthused and feel like that kid in the backyard wondering what my own monsters could do if I just could be fearlessness enough to make them. 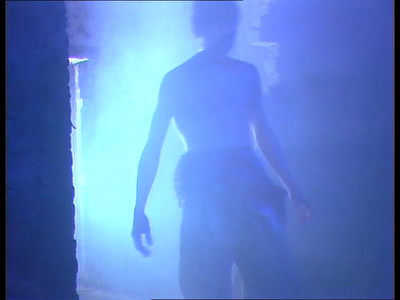 They would stick around in the memories of horror I'd hope, and on that count Olaf Ittenbach succeeds--we horror fans still discuss the films, and while taste plays into your decision to like or hate these creations of his, you can't deny the raw guts on display.  Olaf Ittenbach, I hope he keeps on cranking them out and that we get to see them. 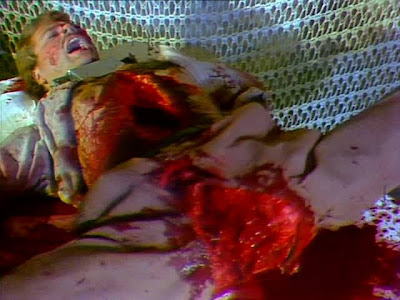 The DVD contains a nice making of featurette and a sparkly clear transfer, if you have made it this far, you should see it.

In other Ittenbach news, be sure to look for The Day The Dead Walked (Beyond The Limits) and Born Undead (Garden of Love) on domestic Blu Ray.  I hope to tell you more about these, I just found out about them myself.

I was totally floored by THE BURNING MOON. First, I had no CLUE it was an anthology flick and second, not even your raves and the glimpses I'd caught could prepare me for the gore-stravaganza to come. Wish I'd had a 28th generation dupe in the 90s. I'd have looped that 8-minute HELL sequence and used it to clear out parties.