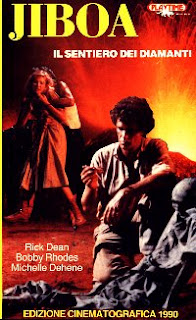 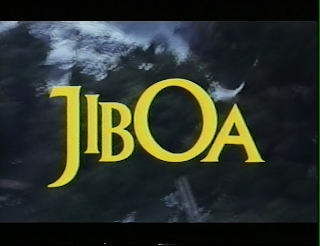 “If you let it rip her mouth apart you’re an egg sucking asshole!”
What happens when you take a host of Tough To Kill stalwarts such as Luigi Ciccaresse, Ernesto Gastaldi and Paolo Rustichelli and hand them off to sleazemaster Mario Bianchi and say to him “make an action film?” A jungle adventure with murky underside of slimy sexploitation is what…and a damned good one bit of junk at that. Jiboa is about as reclusive a film as any in this book, but as a cross pollination of trash and action-it succeeds on every level to which it aspires. Of course that is gutter level, an aspiration I'm totally fine with! 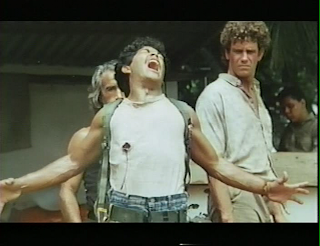 Mark Frasier wakes up in an Indio village and can’t remember how he got there…but he sure likes LoLoLai who aids him to health with her topless magic. When a helicopter comes and attacks the village Frasier runs into the jungle and treks through all the waterfalls you could want to see before falling off one. He washes up to the shore and is picked up by Tony Marcucci, who claims to want to help him. Before he even gets started in penetrating his fog of amnesia, Frasier is snagged by some baddies and brought back to the Amazon to find “it!” It being a city of emerald of course-and these scumbags will stop at nothing to find it. Led by Sewer Rat (“In fact everybody called me sewer rat, I’m just plain Rat to my friends.”), the gang torment and torture our hero and an unlikely heroine-slash-love interest going so far as to break out the rat in the cage strapped to the girls face trick. As things progress and our band get closer to the emerald city, we have killer piranha attacks, lots of outrageous Indio battles, face smashing spiders and thousands of syllables forming unbelievably vulgar language. Good nasty fun… When another group of even more psychotic treasure hunters arrive its all out war as Frasier, Rat and the girl try to survive endless obstacles and perhaps more than a fair share of time filling walking through the jungle. 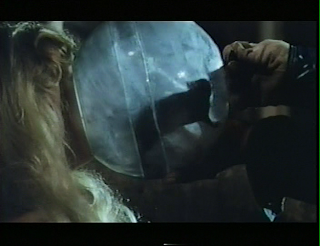 This cheap effort would seem to be more at home in the library of French producers Eurocine and their nasty adventure output such as Diamonds of Kilamanjaro really, but uses so many Italian personnel that it certainly fits in our lists. Bianchi built his reputation on groovy sleaze and porn, but manages to pull together the elements of Ernesto Gastaldi’s script to make an entertaining little action flick in the same flat exploitative style. While not exactly a hutbuster of giant action sequences there are some good fight scenes and enough unpleasant jungle antics from the Indios to leave the viewer with a solid rainy days entertainment. The final trippy sequence that leaps out of nowhere is worth any price it may take for you to find the film as well…weird stuff! 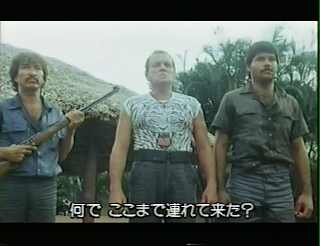 Rick Dean has appeared in tons of exploitation films you may have seen including some Cirio Santiago movies, but this is by far his most appealing work-he gets to crack jokes and heads at every turn. The great Bobby Rhodes plays Rat with gusto, chokeslamming his foes into an unconscious blob whenever the opportunity arises. You can’t go wrong with Rhodes…ever.  ALL HAIL BOBBY RHODES!! 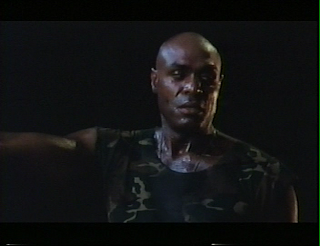 Decently scored with Rustichelli music and decidedly nastier than most, Jiboa is action of a different, more virulent, strain.
Posted by David A. Zuzelo at Sunday, November 21, 2010