More Brucesploitation! Mission For The Dragon! 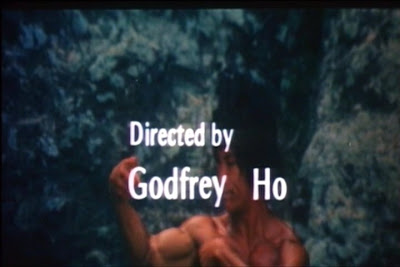 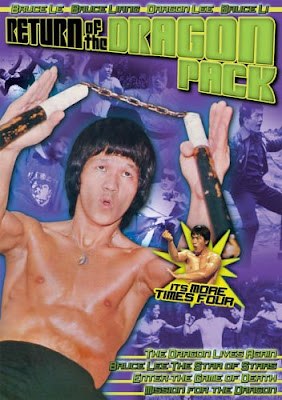 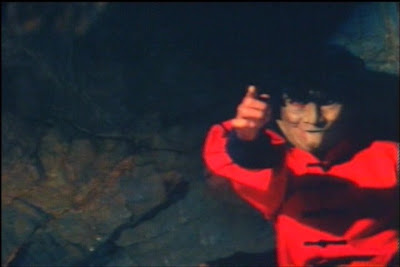 Film 1... ENTER THE GAME OF DEATH! Now, you put a Bruce clone in a tracksuit (and this one has Bruce Le!) and I'm there. However, the transfer on the DVD was stammering so badly that it was unwatchable. Now, this may be a disc error or something on all copies. I'd guess the latter, because as Gordon Liu once said, "this is VideoAsia!" But here is a clip. Track suit? Check. Bruce Le? Check. Fights...I'd love to check it out!"

Side 2 features Dragon Lee in MISSION FOR THE DRAGON. Bonus! This is a Godfrey Ho signed film. So, I knew it would have some odd stuff at the very least, and it does in spades. A very typical film for most of the running time, it features two groups of people trying to solve a murder and out to gain vengeance along the way. Some talking takes place, but Dragon Lee and Carter Wong are both on show kicking people silly. I had my thoughts on who would be the bad guy in the end, and lets just say that the two guys in the previous sentence are your choices. 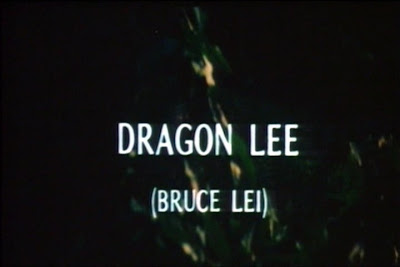 But then the nonsense angles come crashing down. There is a haunted cave, a masked master, a "monster" in the worst fright mask since NINJA CLOWN and even a little romance. But where a Ho shows off best is in the action department...and this is no let down at all. Tons of undercranked fighting scenes are something I'm a sucker for, and the climactic showdown even involves a human disco ball! 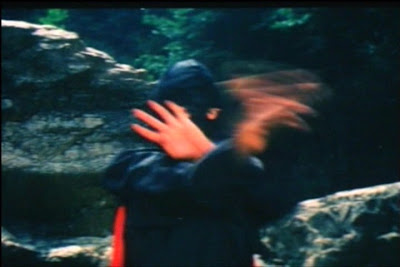 Honestly, this isn't much a Brucesploitation film for 90 percent of the movie, but in the end, it has Dragon Lee using ALL the signature moves-so, on the list it goes!

Video quality..."This is VideoAsia" 3 stars. That means 1 star but stable by VA standards.
Can't wait to see if the other disc works! Brucesploitation and Beer...to be continued!
Posted by David A. Zuzelo at Wednesday, July 08, 2009

I haven't seen it, nor have I found a copy. But, I'll add it to my searches!