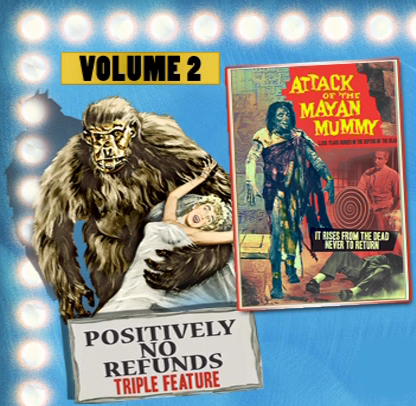 There are some things in life that I can say I SHOULD KNOW BETTER THAN TO DO. But, that is never the case when it comes to my celluloid sins, and when VCI offered a 60 percent discount on Black Friday I had to purchase the first two volumes of THE JERRY WARREN COLLECTION. Why? Because it was there and even though I've seen these in my distant past as a stalker of all things monster movie, I must have forgot just how...special...they are.  First up...ATTACK OF THE MAYAN MUMMY! 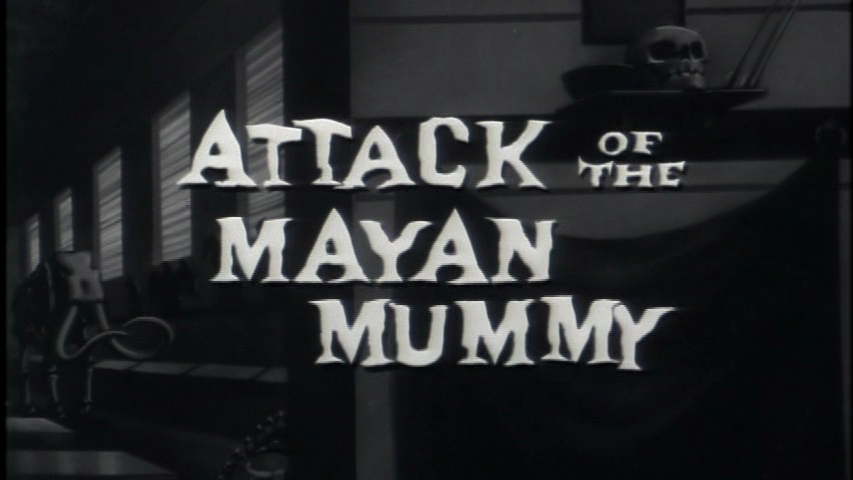 Hard not to love the Aztec Mummy, unless Jerry Warren gets a hold of his already slow moving bandaged body and then adds THOUSANDS OF WORDS OF DIALOG ABOUT A PLOT THAT HAS NO INTEREST AT ALL AND CREATES FLASHBACKS WITHIN FLASHBACKS!  Egads, it's just all talk this time around and I am now convinced that I'd not seen this. I've seen plenty of Aztec Mummy, but as a curiosity I found this exercise in cinematic futility pretty fun.  Let's see... Instead of a movie about that Mayan Mummy attacking, what we have is a doctor telling a newspaper guy about research experiments. At length. AAAAAAAAAA TTTTTTTT  LLLLLLLength.


Anyways, I won't bore you with the plot, but there is a bit the lovely leading lady giving hypnotic regression testimony to Mexican Monster footage that made me smile at the sheer balls and POSITIVELY NO REFUNDS attitude as we start flashing back double deep!  The end is kind of neat as well, it gives us a car crash finish (which Warren used again as I recall, hopefully in one of these sets) and the Mummy!  Oh man, the poor mummy is barely in this!!

Well, I asked for it, and I got it... I'm STARVING to watch the film that brought me to this one, I have wonderful memories of enjoying MAN BEAST, and it's on Volume 1. After this chatty disappointment I can't describe why I'm so excited for more Jerry Warren hijinx, but I am.   2015...the year of Cinemasochism is off to a great start... Because there is always something great to find in any bit of film (right? maybe...uh...for me?).  During one long chat there is a woman shimmying in the background with some sheer pants that would give Athleta Catalog fans (uh...I don't know any....umm...well...ok, me) something to watch and zone out on the talk!  This film is one talky ass film, but it least it brought the booty!

Could this then be the Mummy of all Walkie Talky films ? ;)