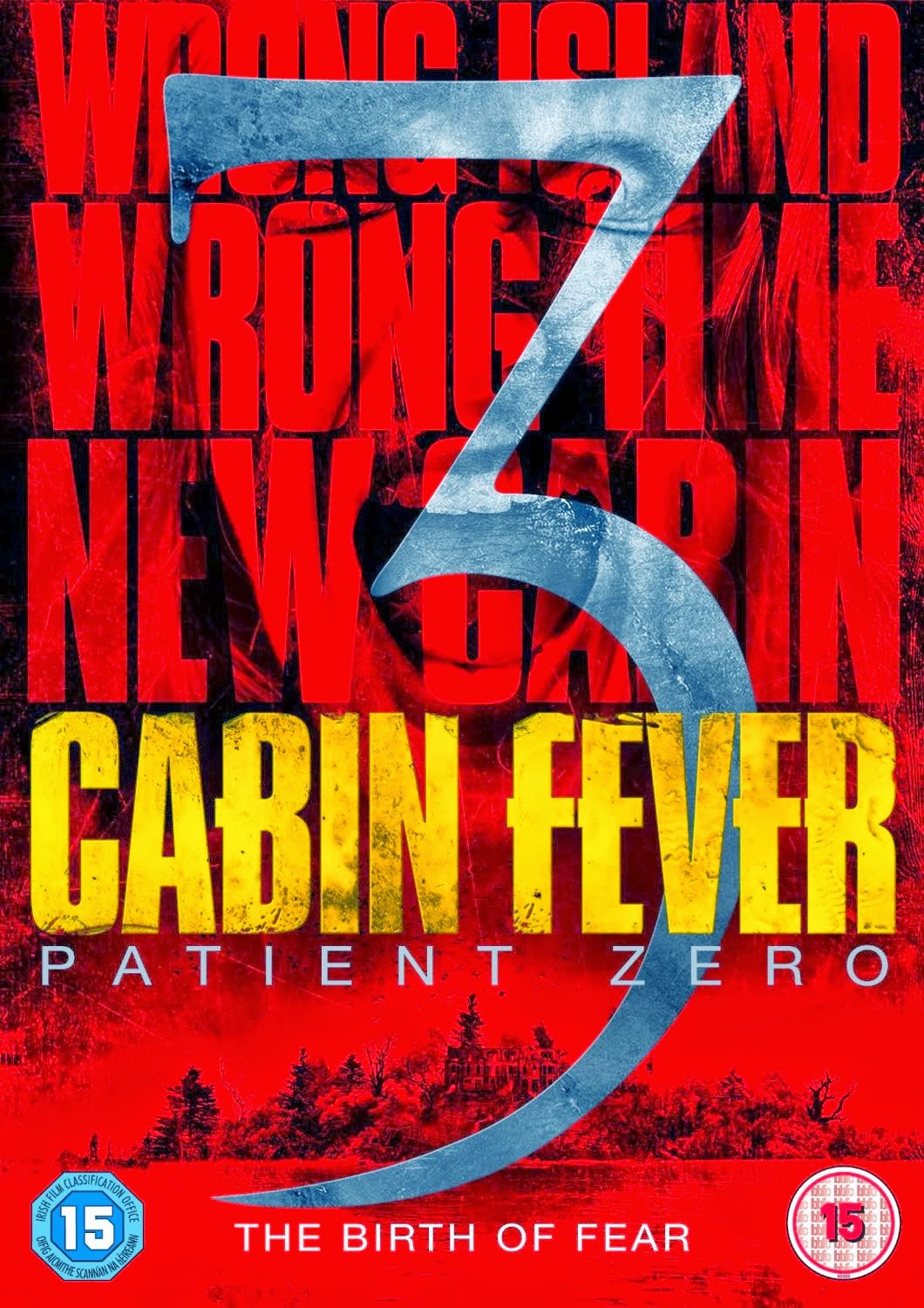 I do so enjoy DTV sequels, and both CABIN FEVER 3: PATIENT ZERO (which sounds like a scoreboard fittingly enough) and HATCHET III are currently streaming on Netflix, so it was DOUBLE SEQUEL PROBATION horror time!

First up was Cabin Fever 3, I have to say that the original did not do much for me on it's release, but it's been a while. I totally missed 2 (not streaming...drat) and figured how much could I miss? Well, not much.  This film has a somewhat moral compass reduced doctor trying to solve the mystery viruses cure out by experimenting on victims. Luckily, he found someone that is immune! Lucky for his studies, bad for Patient Zero (played by Sean Astin in a great manic performance).  But Zero ain't taking this lying down, and finds his way to spread the infection through the SECRET ISLAND INSTALLATION.  Well, toss in some revelers that have interpersonal issues, great bodies and less than stellar oral hygiene habits and combine, shake, stir...MELT THEM DOWN!!
There are several subplots here, as it bounces between the doctor and staff trying to survive and the expected knuckleheads that stumble on the base and suffer the consequences, and it's fast paced enough to really work well.  If you want GROSS body horror, you'll be well served between cunnilingus carnage and one of the all time most amusing contaminated women battling by literally tearing each other apart that I can recall.  Totally worth the time just for that.
Visually it's engaging even when it falls into the "OH NO I MUST RUN DOWN THE HALL" scenes, and comics writer/artist Kaare Andrews definitely doesn't shy away from the gore.  You'll be ready to join our infected pal right here for sure...  And CF3P0 (Which is my "dirty Star Wars" slang title) is a good streaming flick for gore fans! 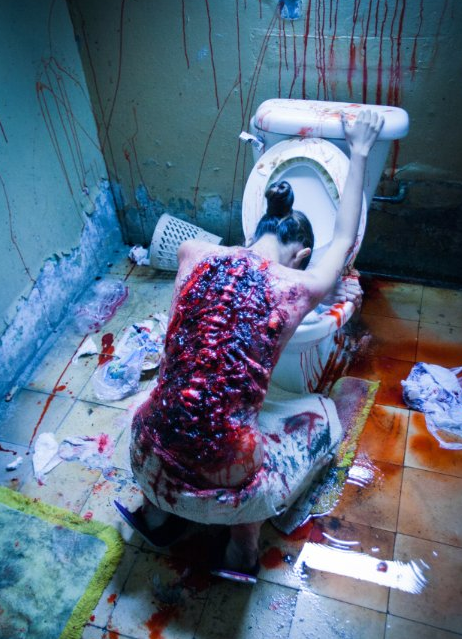 Hatchet was a film I really enjoyed, but the sequel was fun and pretty much forgettable for me, so I didn't bother to hunt down 3 until it popped up in my Netflix suggestions.  It doesn't get easier than that and WHAM, the first 7 minutes of the movie are just excellent.  Hatchet fans know the evil Victor Crowley is back again, and it's Kane Hodder doing his best imposing Jason shoulder lift and hard Triple H Exhale splattering suckas all over the screen. I don't want to spoil it, but GIANT CHAINSAW for the ultimate in "splitting headache" gets things rolling. 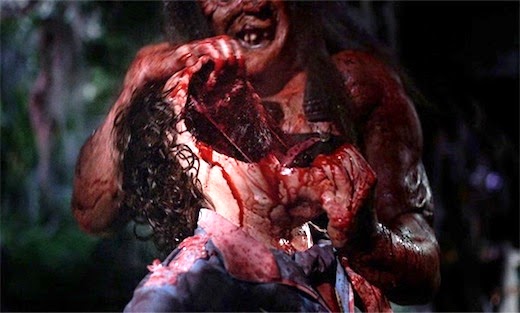 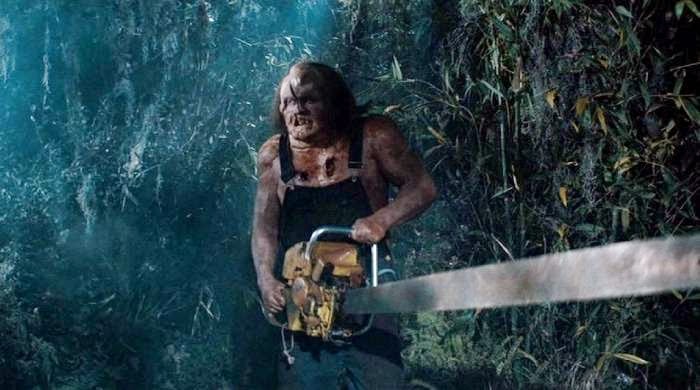 But here is where it gets interesting. Hatchet 3 plays like a GWAR video more than a horror movie, and while I do love Gwar I had to chuckle that Gor Gor didn't just pop up and eat Crowley at some point. And yep, GWAR does the theme song!  Lots of stumps and torn open parts spraying blood replace anything resembling plot, though we do get a nifty idea for stopping Crowley that I thought was very cool.  A mish mash of cameos and appearances by Sid Haig and the always excellent Caroline Williams (STRETCH!) as well as Danielle Harris returning.  But things hop all over in the short running time and everyone feels like a cameo next to the massive carnage.  As an almost non-stop shock show, you get exactly what you could want from the movie, but I'll be damned if I can remember anything in particular about the movie outside of a bunch of groovy gore scenes. That is not a bad thing by any stretch, as streaming DTV goes, it's almost perfect really.  Maybe if I watch all the films together and this could be the giant third act that it really is, then all is good.  I will say this. Jason fans will get a big kick out of seeing Hodder in make up taking on Jason (Reboot) mega cool dude, Derek Mears.  Screw it...worth the watch for those bits. It's not long, it's gory...and it's part of your streaming package. Why not? 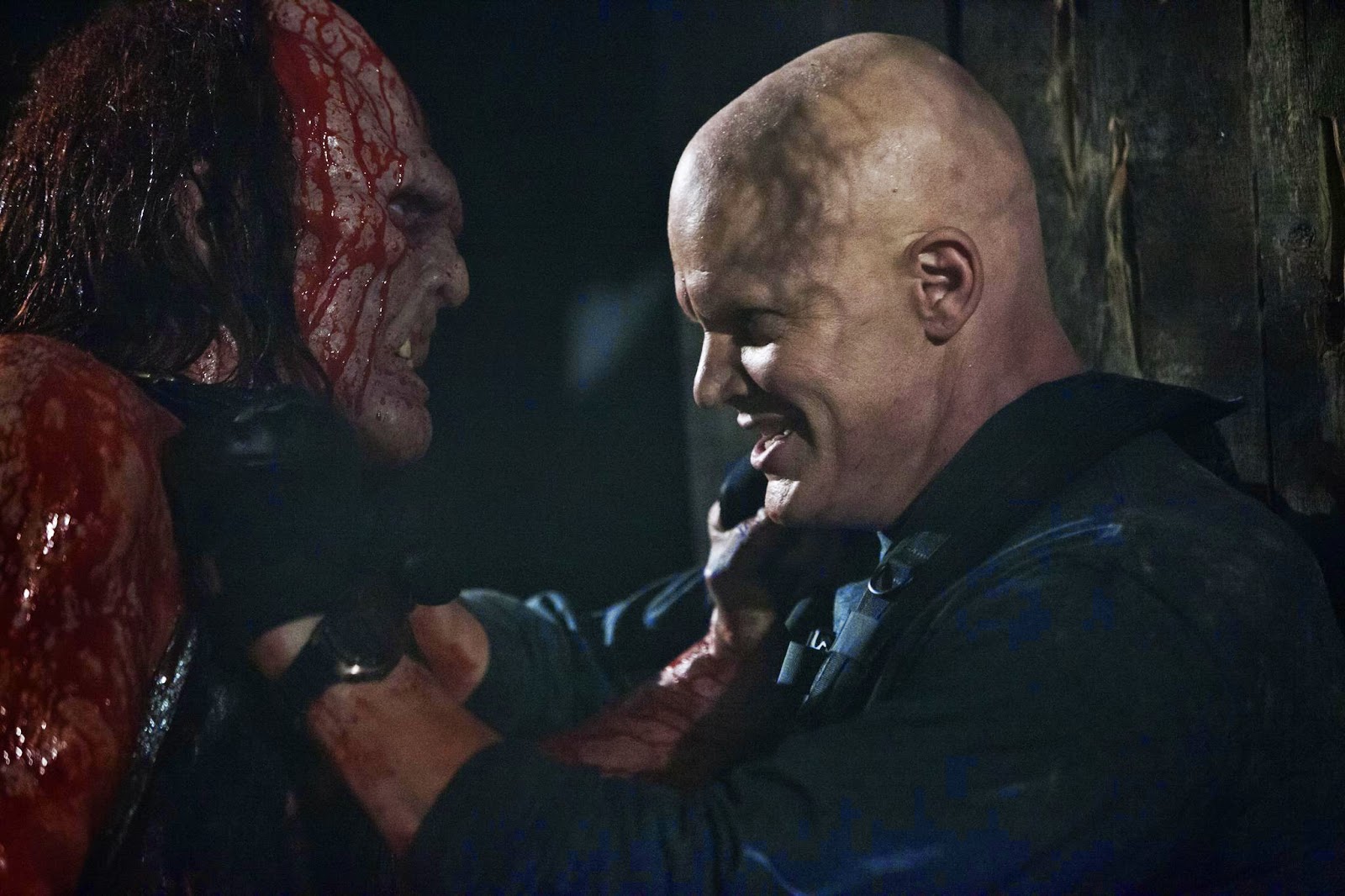