"SUPINE TIME.... I thought this was supposed to be sexy!"

Everyone loves a good sexy comedy, right? Well...this one skimps on the sexy. Skimps on the comedy. Goes for some odd plot lines. References "Oversexed" John Keats as the jumping off point as the saga of a some graduating High School girls interested in the supine positions of poetic lovers get underway.  The school bell is broken and it tasked to the girls to get it fixed as some kind of "section gift" to the school as they leave. It must be IMPORTANT, because they are going to have to go to great lengths to get it fixed.
All the girls are virgins by the way...so can YOU guess the way they want to use their underutilized skills to pay that bill? 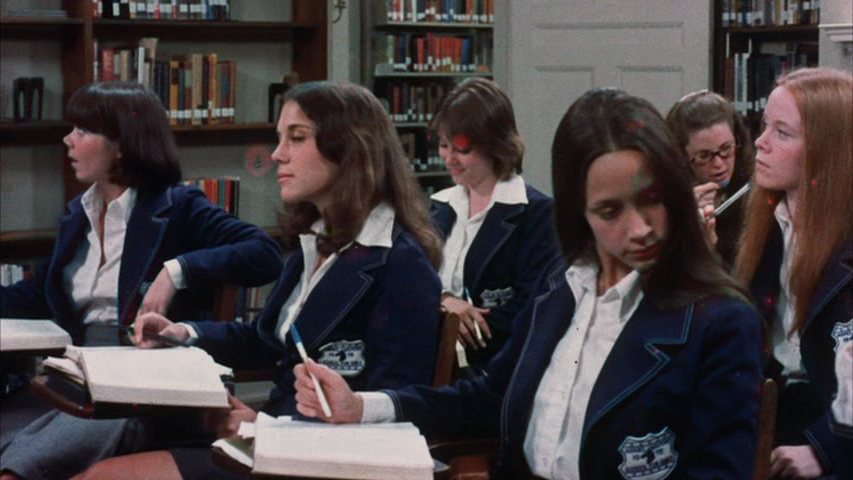 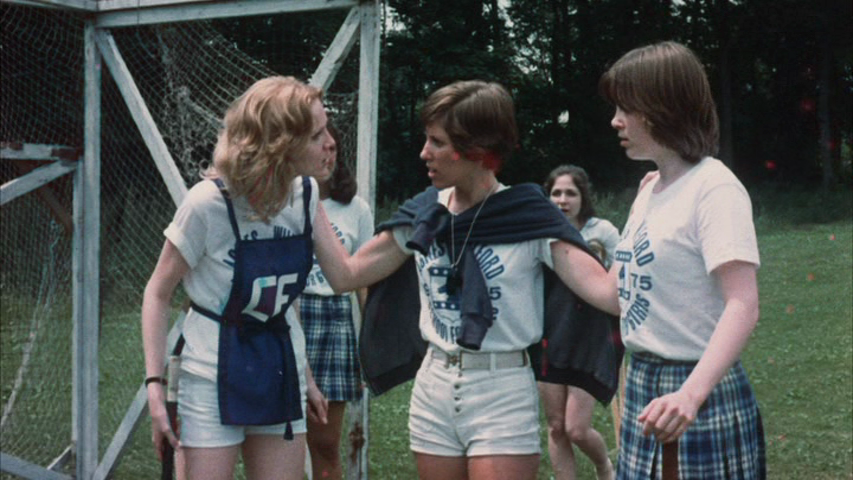 After some field hockey and note passing, the girls decide to PROSTITUTE THEMSELVES for the money. Now, there is a premise!  But you see, this film was originally called THE BLAZER GIRLS (which is so much less exploitation cinema fodder), and we meet all the girls, get their stories and watch as they TRY to get paid to get laid.  They aren't even trying to be bad, just utterly naive.  It's a comedy, so a lot of it focuses around things like trying to understand what a French kiss is! 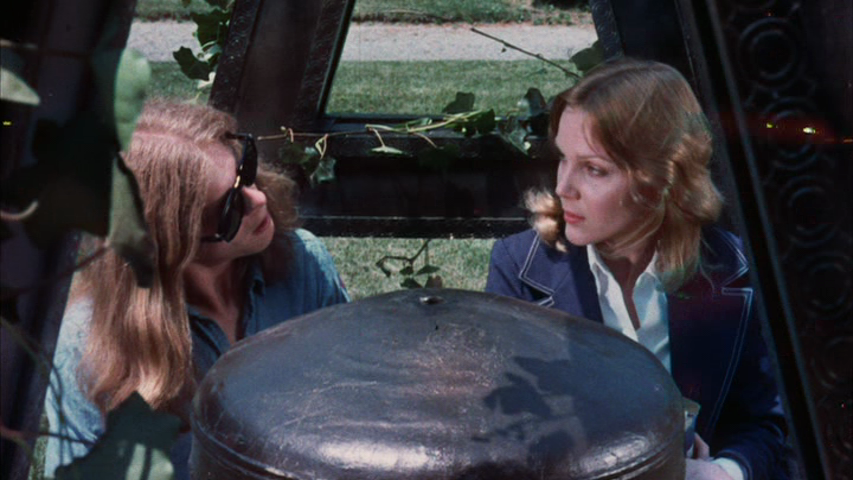 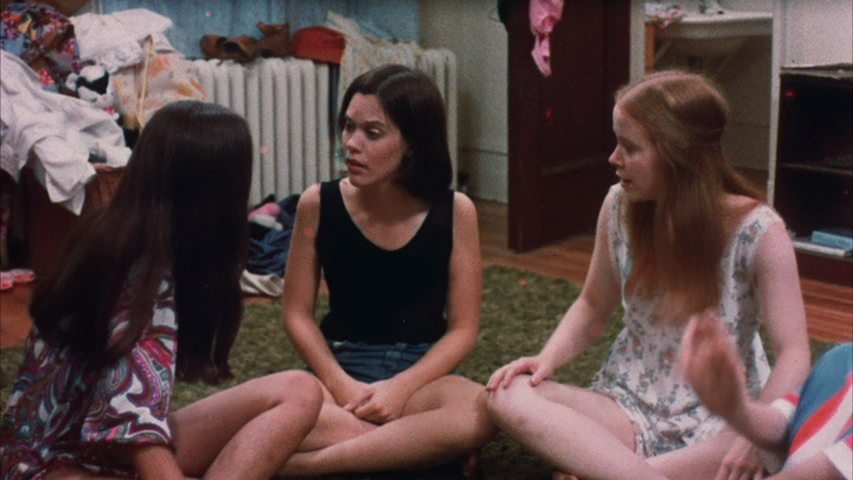 Each girl has a tale of selling tail, but none of them are particularly funny...or...anything really. Maybe I'm just a fan of my comedy being naughtier, or wackier...or anything. It's just bland-o-rama for most of the running time, enhanced occasionally by just how awful the guys they meet are. The trashy bell repairman who wants to take "the labor" out in trade!  Or the ridiculous poetry teacher that reads poetry as he attempts to get it on, and then reacts in horror that he has to pay or get played! 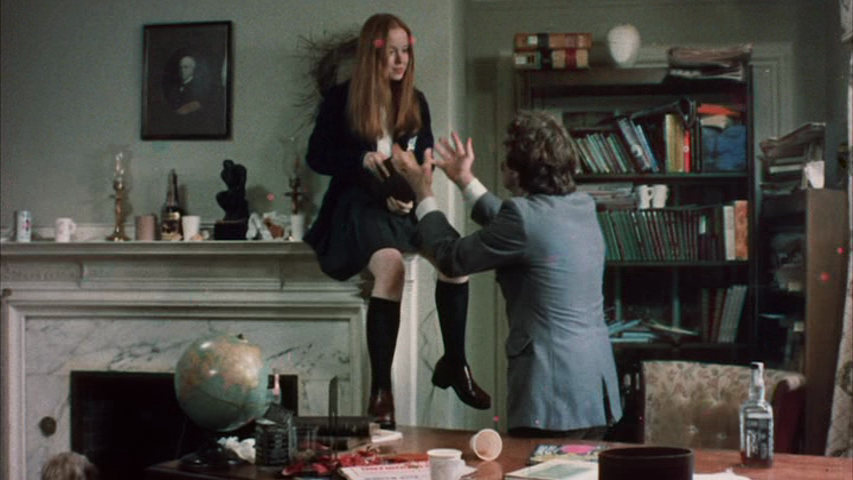 It all goes as you might expect, but as part of the Six Pack it adds up to another drive in genre accounted for and they can't all be winners.  If you want something as weird as this, more character driven, there are definitely better options. I will hand it to the actresses, they are all good in their roles, obviously relishing the dialog and trying their hardest. 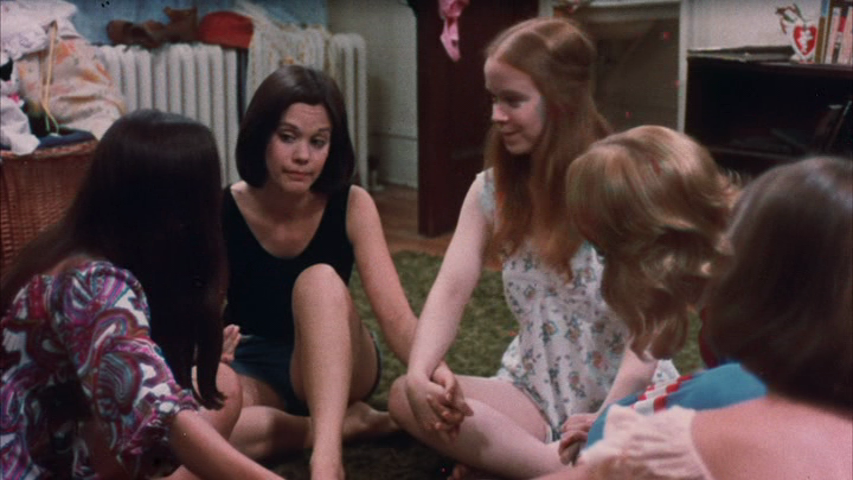 The print is battered, the story is snoozy, and the sex comedy skin quotient is under represented...but for 79 minutes, you can put it on the bottom of your all night drive-in living room bill.  And here is my favorite bit.
THE GUY TRYING TO SAY THE RIGHT WORDS TO GET SOME ACTION IN FRONT OF HIS GROOVY 70s VAN FACE!!  You have to love that 4 seconds of NAUGHTY SCHOOL GIRLS!! 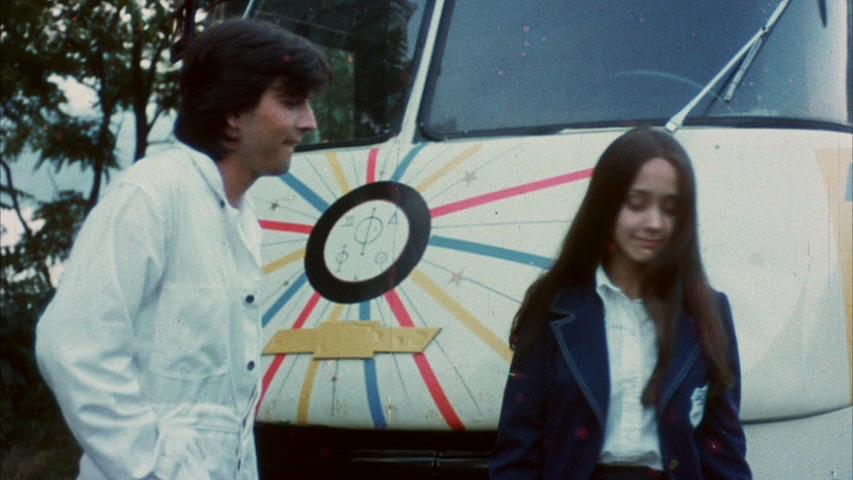 I'm pretty sure I've made that exact face. 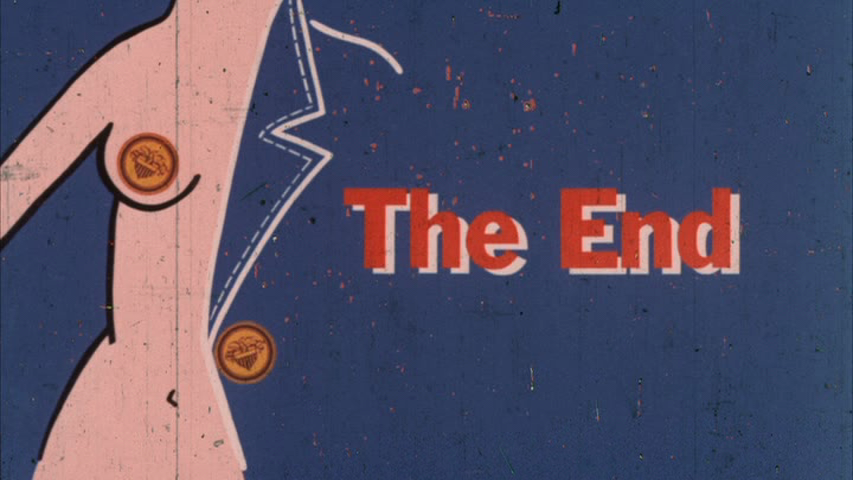 Thanks for this. This film was part of three or four double bills at the long gone and lamented Publix Theatre in Boston's historic Combat Zone. It was Bean Town's only Grind House and showed an amazing collection of exploitation films and random shorts.