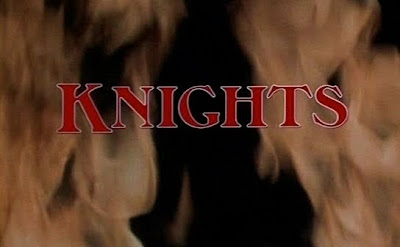 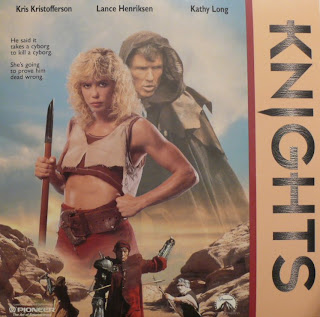 "Mystical...powerful...invincible.   And we humans became the victim of their hunger." 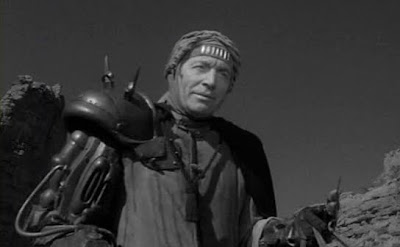 When video hounds think of Albert Pyun and the Post-Apocalyptic genre they are sure to look right at Cyborg or Nemesis, but perhaps the most Pyunimatic of all his burnt out wastelands is the excellent and more than slightly eccentric KNIGHTS.  Not only does it feature the cyborg vs. human theme, but it mixes in a Deathlands style world of wandering nomads and tribes...and oh yeah...VAMPIRE CYBORGS!!  Led by Lance Henrikson who mutters to himself and threatens innocents with a giant blood draining arm.  And lets not forget the awesome, and criminally underused in films, Kathy Long. 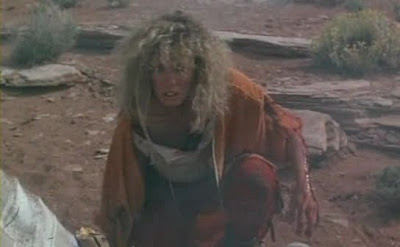 We meet Nea as she recounts "another time" of violence when cyborgs first came to power and began to use the blood of humans to power their systems-or to join the army as servants to further the cause of the VampBots.  As a child her tribe is laid to waste by the cyberprophet Job (Henrikson) and she escapes with only her little brother as comfort...but the world is harsh and Nea is forged into a fighting machine, something it seems that Kathy Long had little trouble bringing to the screen.  All grown up, Nea has little luck avoiding the know dominant cyborg and human armies.  When all appears lost, she crosses paths with another cyborg-the one sent to destroy all of the nasty 'borgs, Gabriel, played shockingly well by Kris Kristofferson!  Her grit seems to appeal to Gabriel and he takes her in and trains her to become a one woman Mechano-Masher... 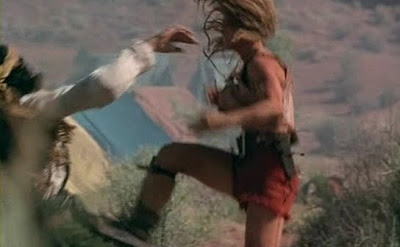 Guy About To CRUSHED: "A wise guy..."
Gabriel: "Wise enough to know you all have to die."

Many many cyborgs and goons get thrashed, kicked, stabbed, slashed and basically fucked up.  Wonderfully.
When Gabriel is destroyed, Nea takes up the cause-even going so far as to form a Crippled Masters duo with Kris Kristofferson's torso (how many people can say that?)-and they challenge Job in his own pit of peril. 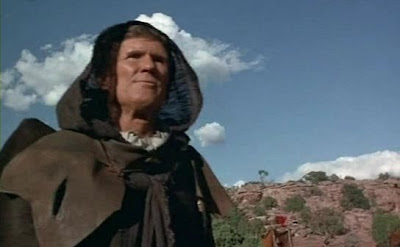 When it all comes to the end of it's all to brief running time, we learn that there is a Cyborg City and that we are being told this tale is just a beginning of a time and space spanning epic.  I NEED MORE KNIGHTS!! 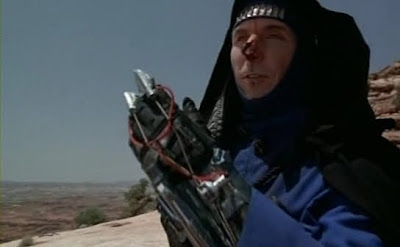 While it lacks the polish of Cyborg and Nemesis in some respects, Knights is classic Albert Pyun action film making.  It plays everything straight ahead, but also shows off Pyun's singular sense of imagination AND twisted humor at turns.  Everything comes together and the film never feels like it over reaches itself, relying only on a few mechanical special effects and a whole lot of very good fight choreography.  The story is fairly stock, but again spiced up with the biblical references and blood drinking cyborgs (never mind the ominous MASTER BUILDER flying on a hang glider!)-you can't help but see the stamp of the director in every aspect. 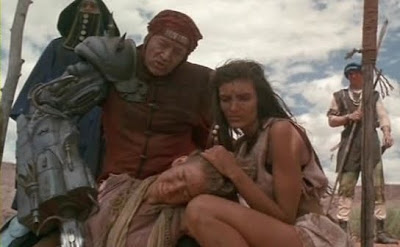 The center piece of the film would be Kathy Long and all the fighting of course. A real life fighter and self defense specialist, she brings an urgency to her fight scenes that is rare.  She has a fascinating look and gets a wardrobe that makes her look perfect as the toughened nomadic warrior she becomes after Gabriel's training sessions.  Watching her taunt Vincent Klyn before kicking his ass is just fantastic.  Toss in Gary Daniels and a damn good stunt double for Kris Kristofferson and you have some interesting fights.  Best of all though, once the film hits the one hour mark it goes from having a lot of action to being ALL action as Nea mows down the armies of Job, both human and cyborg-punctuating her actions with knives to heads and some wicked looking knees. 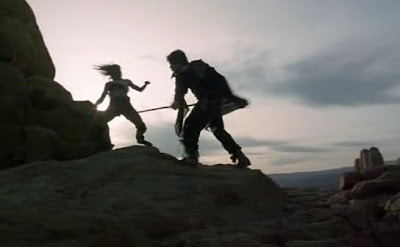 Yeah, I'm a fan...  I could not find a fight coordinator listed in the credits, but these are all well done, which is hard enough, never mind in the 90s US direct to video market.  This one also features a really well done training section, it reminded me of Duel to the Death directed by Ching Siu-Tung..but without all those wires getting in the way.  And shot on a dime. 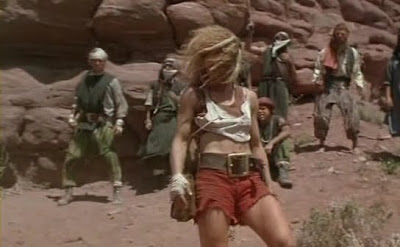 The usual suspects appear as well, Scott Paulin turns in an excellent performance as the first big challenge for our heroes, Simon.  He gets the vibe perfectly, playing his dialog with a humorous edge that doesn't fall in to "hey, this is silly stuff-why are you watching" territory without emoting all that seriously about the rule of the VampBots either.  Who knew that Scott Paulin and Kris Kristofferson could have an action packed fight? Not me!  Also look for Nicholas Guest early on...and Vincent Klyn being ordered to deal with some Pumpkin Heads... 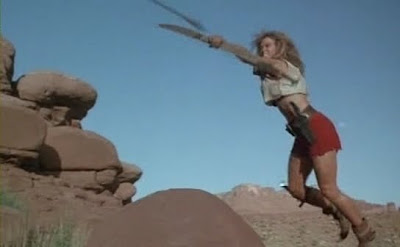 The ending is frustrating in that it is satisfying, but then leaves on a cliffhanger that has yet to be resolved (and that means that all these years later I think it could still happen)-Nea finds her brother only to have him snagged away by the mysterious Master Builder.  And then we realize again that this story is a flashback AFTER some grand adventure.  Alright, we know there is a NEMESIS / CYBORG film coming, but toss in some Nea goodness...  CYBORG KNIGHTS...THE NEMESIS DAWN! 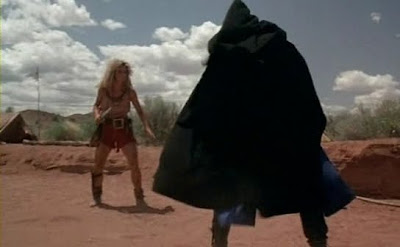 While there is no really good DVD release or anything of that nature, find yourself a copy of KNIGHTS and enjoy one of the best Female Kickboxer battles Armies of Unliving Bloodsucker Vampire Cyborgs films ever shot.  Today!
Posted by David A. Zuzelo at Saturday, March 08, 2014