Pat Boyette takes us to THE DUNGEON OF HARROW 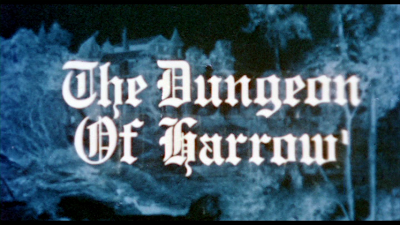 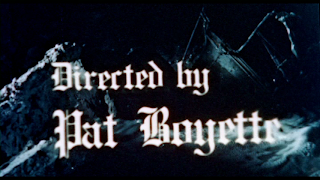 "When television came in, suddenly there was a big market for films. I thought, 'this is the thing to do. You can make some schlock and get by with it at this early stage.' Not that you purposely go out to make schlock.  But the fact is, with limited resources, it's the best you can hope for."
--Pat Boyette from an interview in NIGHTSTAND CHILLERS

As a long time Charlton Comics fan, and a particularly big fan of Pat Boyette, I can't believe that it has taken me this long to find my way into THE DUNGEON OF HARROW!  Thanks again to the Drive-In Collection from Vinegar Syndrome, I get my mind blown.  The quote above definitely summarizes a lot of the film. Certainly made with limited funds, it features Boyette before he became a sequential comics artist (he had dabbled in single panels prior to his brief motion picture career) doing exactly what he would go on to create with a legacy of horror and weird tales that stick to the brains of his fans.  Once he reached the stage of pen and ink to paper the chains of budget would be removed, but what he managed to create at this early date and in the fashion he did remains a testament to not just an incredible imagination, but the artistic drive to see it through to berserk and gloriously cheapjack psychedelic form! 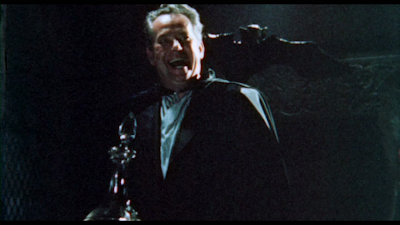 After an opening shipwreck (in glorious miniature under the credits) leaves Aaron Fallon and his Captain stranded on a mysterious island inhabited by the wacky and prone to grandiose verbiage, demented evil reflection of his madness indulgences and random voice raising, Count De Sade.  We know he is wacky because we see an awesome bit of utterly random dementia with a big bat, a teleporting cobra and a REALLY B I G fake spider! So, things aren't looking up. It gets worse though!  Aaron and the Cap are brought low by the giant manservant, MANTIS and brought to the castle.  Here he meets the beautiful (and oddly aggressive) Cassandra.  A harbinger of doom to say the least, she informs Aaron that he has found his way into a place where, "the truth is dark enough without learning about it at night. Tomorrow will be soon enough."   It's basically uneasiness central on this island! 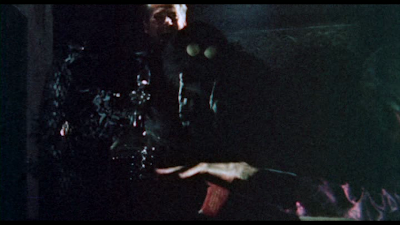 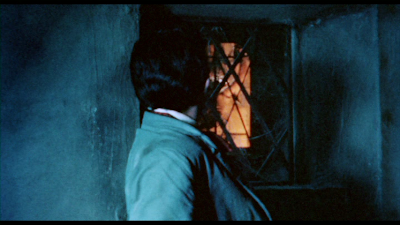 Of course The Count is mad! He is busy tormenting and torturing anyone that stumbles upon his island of dread and doom to pass the time of his final years as madness eats away at him. But why?  And who is the ghastly maiden that appears to Aaron? Watch the film...find out! 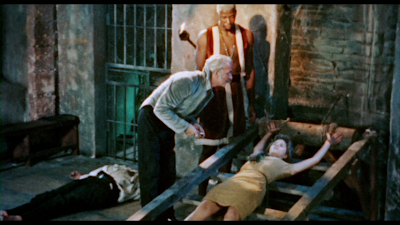 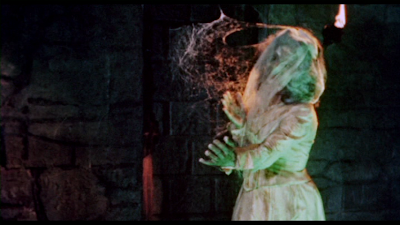 I was not lucky enough to have DUNGEON OF HARROW play local TV near me as a kid in the 70s (at least that I'm aware of), but it is a well done slice of cheap Gothic fun that takes a little bit of adventure and a little bit of horror and a VERY little bit of money to go a long way on atmosphere and great sets and make up.  Boyette worked on a lot of phases of the film along with Don Russell, whose career was much more extensive than his own in terms of motion pictures.  Everything feels wonderfully handmade, from the sets to the unique lighting and super dramatic line readings that would be equally suited to radio programming (which Boyette was hooked on and spent some time doing).  There isn't much plot, but each frame could easily find it's way into one of his comic strips, loads of careful compositions and well timed fog machines blasts go a long way! 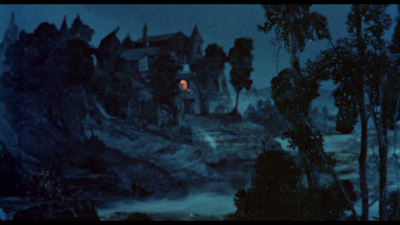 For a film of it's vintage, there is a wonderfully dark attitude (woo, that ending!) and Boyette's visuals may be limited, but he gets some great extremes.  Look at Mantis for example.  I would love to see this film remade teaming up evil Jean Claude Van Damme (he is always so good as a bad guy) with Dennis Rodman in my long desired Double Team reunion.  Seriously! 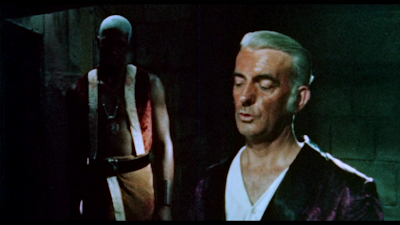 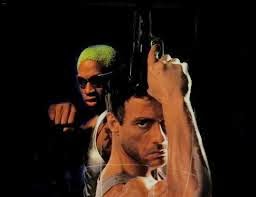 Vinegar Syndrome's disc is light years ahead of the pieces of the Alpha Video release from Oldies.com I've seen in the past, and undoubtedly what pushed me to finally check it out.  Pat Boyette's remaining film career is elusive, with the enticingly titled THE WEIRD ONES definitely something I want to experience.  In the interview from THE NIGHTSTAND CHILLERS he mentions that he had the film taken from him and was, "butchered and practically turned into a porno movie."  Well, I really want to see it more now, just to take a look at the bits and pieces that he undoubtedly worked hard to create!

Gothic and the stylish, cheap and a bit nasty...hang me up in The Dungeon Of Harrow any day!