For as many films as I'd like to explore once more in the filmography of Jess Franco, there are all the unfinished, the variant edition and those darn ones I have no way of understanding that tease me down the path to Cinemania.  One of these is JUNGLE OF FEAR, an uncompleted feature that exists as a 125 minute work print that is unscored and still has missing scenes.  It's a fun watch on the surface because there is some off camera direction to be heard and you can watch actors speak different languages to bounce off each others pauses (to be fixed later) and the incredibly heavy accented performances of some of the players.  I expected to be entertained, but what I found was a really fun comic strip like caper that is an adaptation (of a very loose sort) from THE GOLD BUG.  It plays out like a cross between a Franco film and one of the final gasp of the films we covered in Tough To Kill, minus any real action bits or exploding huts.  The plot and characters are so intriguing that anyone with an interest in Franco really should sit down and watch it. 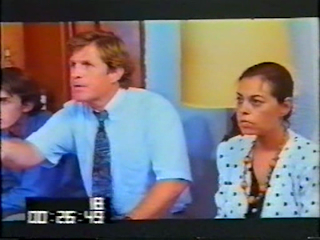 Antonio Mayans is exploring about in South America when a flying bug kills one of his party. And turns gold!  It's amazing! It's stunning!  And a documentary crew (with Lina Romay of course) heads out to discover and catalog a very convoluted set of riddles that lead to crystal skulls, the combined plots of Van Helsing and Dr. Quasimodo (!!!) and just...a lot more.  Seriously.  While the audio is far from ideal, every time a plot point was explained I was just hypnotized. Here...  "Several years ago...the old Nazi, VAN HELSING..."

And of course, THE GOLD BUG ATTACK!!

William Berger appears in the final third of the film as Dr. Quasimodo in what was to be his last film, he really goes to town with his lines and insane exposition as well. There is a great bit where he explains his luck by saying that rubbing the hump of hunchback is lucky, so he rubs HIS every morning when he wakes up! 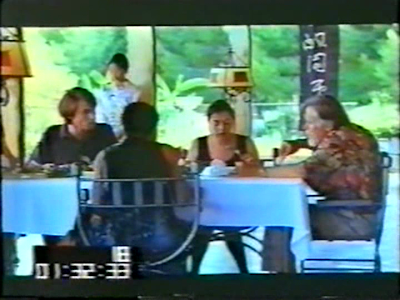 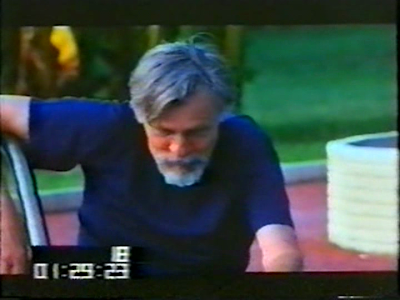 And would any Franco light hearted adventure be the same without a great cameo?  Listen for his line about Michael Jackson and take note that the next line of dialog includes an emphatic BEAT IT!  Accident?  I bet not.  The clip also shows Charlie Chaplin Jr. walking past a random Chaplin mural.  Talk about synchronicity!


And I bet you never thought you would see Jean Claude Van Damme's face slide away to have Lina Romay pass through it.  Well...


Now, as goofy as some of it is, there are also some pieces that would have turned out really great I think, the introduction of some "mystic" guys (that later mug for a camera) is well done and has been floating about on YouTube for some time, check it out.


So, is this a lost gem?  Probably not, but it is a very entertaining look at what could have been and might have stood as an interesting entry in the 90s Franco output and would go nicely with Dark Mission and Downtown Heat. Lina Romay definitely seems to be having fun as she is obviously amused during some takes and has a shower scene that turns into her hooking up with Charlie Chaplin's son.
For now, JUNGLE OF FEAR remains a path for the fearless amongst Franco fans to cut a swath through.  Some of you may find it very rewarding! 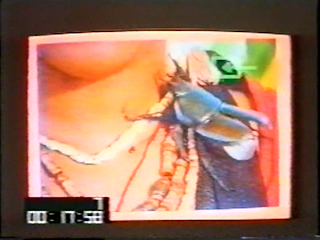 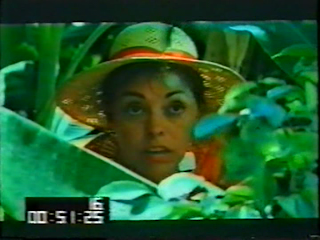 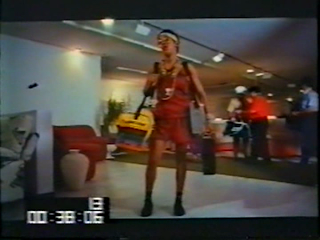 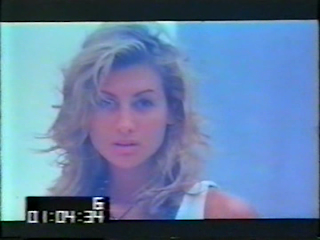 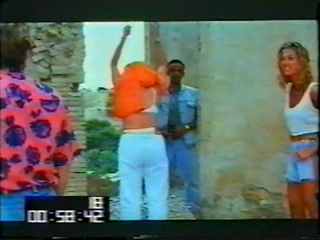 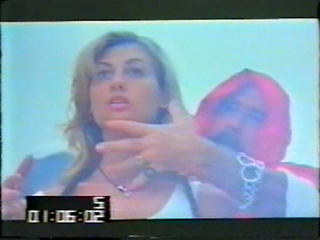 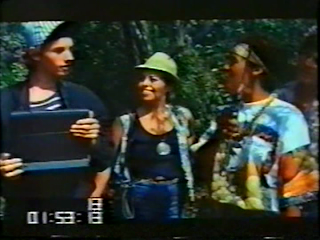 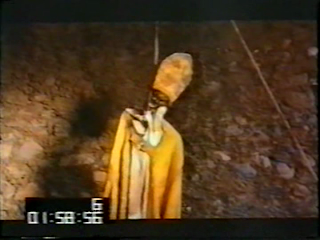