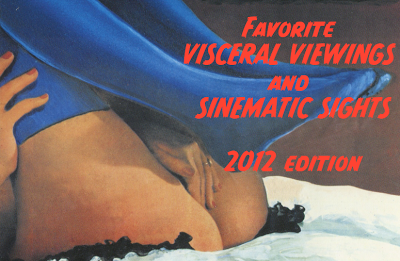 I am not good with lists. I do keep a tally of all my viewings over the year however and my pal DT at Exploitation Retrospect happen to drop that he was doing a "favorite views" of the year. Now THAT I can do, so with the proper hat tipping, here are 20 that I particularly enjoyed.  From the weird to the cool to the potentially cinematic path altering for the next generation of Zs...this is just a few of the films and good times that this hobby has given me!  Here is part 1...I'm going to 20 on this set!!


TOO HOT TO HANDLE 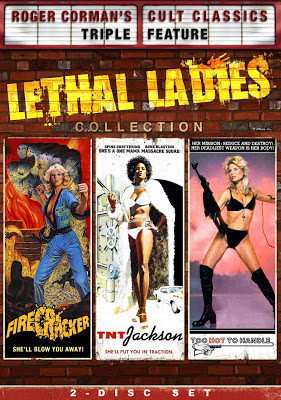 I was extremely excited to get this set because I love Naked Fist / Firecracker and it gets a nice presentation here (well, it is missing the head chop HERE but it's not important)  and TNT Jackson is my definition of a good time.  I love the Ginger series, but never got around to TOO HOT TO HANDLE for some reason. Wow, was I missing out.  Cheri Caffaro is one of the oddest "sexy" ladies of all time.  She certainly is unique and unafraid to let fly her assets in the name of exploitation cinemagic, and the title really comes true.  Samantha Fox, the wonder hitwoman that hobnobs around Manila, deals out her own BIZARRE sense of pain, punishment, justice and love in this epic of a film that leaves you saying, "Why did they...wow those tits are...what the...huh.  OH COOL!!!" pretty much it's entire running time. It would take a lot for me to replace GIRLS ARE MADE FOR LOVING as my favorite bit of Caffarosploitation, but this one did it.  As a whole I also have to recommend both Lethal Ladies collection. The presentation of The Arena was nothing short of incredible as well.  And Fly Me?  So very good. But for my Lethal and Lascivious Luxury Time, I'm gonna go back and pour myself a big glass of Cheri!  The scene with the lesbian slaver...oh man!!! 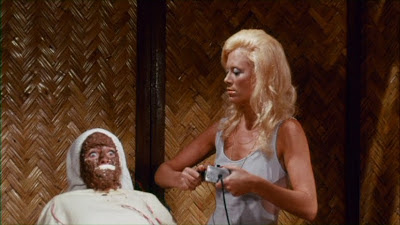 Lots of people try and forge "Cult" cinema these days, but VIRGINS FROM HELL is the genuine item and you can cash that check anywhere thanks to the awesome Mondo Macabro DVD edition!  I've seen it many times and it never fails to tickle every bit of my cinematic itches. It has DRAMA (will the "ULTIMATE APHRODISIAC" really work???), it has ACTION (Storm that little castle and crash those motorcycles ladies), it has INSPIRATION AND HEART ("come on girls...we aren't going to take this...GET IN THE SKULL JEEP and let's KICK...ASSSSSS!!!!") and yes, it even has romance.  Mr. Tiger breaks it down in an utterly unique Pimp-O-Licious manner that always satisfies the ladies. Or..does it?  This viewing was particularly fun in that I shared it with a friend (let's just call her Tinypants) and this one would be part of the third decade (!) that she has endured my cinematic mayhem with a smile.  Her rating of Mr. Tiger? The Ron Jeremy of Thailand?  The Wonder of the Whip and the Cackle of The Jackyl??  Look at this picture and hear her words... 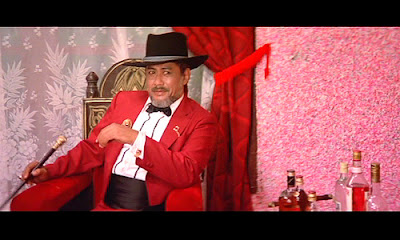 Sniffle, and here I always thought he was a good example.  Nice bar set up though...
Everyone needs this film in their life. It's a little sleazy, very very breezy and loaded with the action that any aficionado of cinematic Bang Bang will enjoy.

THE HOUSE ON SORORITY ROW 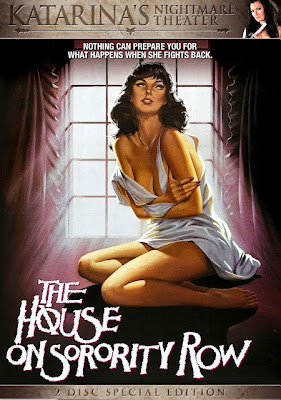 This is a case of "I must have seen this" but never did, and thanks to the awesome Katarina's Nightmare Theater edition from Scorpion Releasing I was totally blown away by this cool 80s slasher.  It's loaded with fun characters that put themselves into a hell of a bind after the nasty house mother for their sorority ends up dead in the swimming pool.  Suddenly the girls of the house are getting bumped off and I was really shocked by how engaging the whodunnit aspect of the story.  It's got some good shocks and is really helped by solid direction and a great score by Albert Band.  Bigtime bonus for malevolent music boxes with creepy clowns inside!
If you haven't watched a slasher film in a long time or you think you've seen this one and really haven't, then pick it up and settle in with some PBR pounders and a gory good time.  Just be sure to flush.... 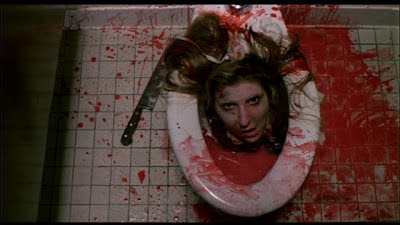 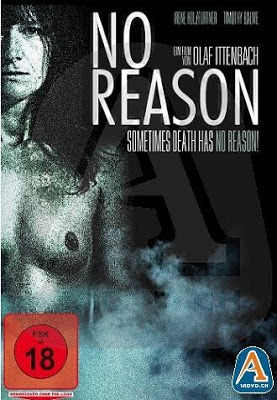 I'm a big fan of Olaf Ittenbach's work and had a good streak of writing and blogging on the German splatter films that always make me smile. Then I hit THIS film.  It's an outstanding flick that manages to take the special effects and stylistic flourishes as far as ever and is occasionally held back by some of the usual issues (this film really needs strong subtitles!)--but it all adds up to a truly GRIM bit of business that I found hard to write on because it was so effective.  Following one surreal day in the life of Jennifer, she leaves her house to find a dark and awful fate has befallen her and perhaps her child.  Like the face first slide over barbed wire hell barbs that we've seen in The Burning Moon and Beyond The Limits before it, she endures a deepening pit of violence in despair through what feels like hell, but may just be the gates of Heaven.  But...there is a twist of course. The gore will keep you watching and the omnipresent threat of complete fleshy annihilation for the lead character is compelling enough to make you wonder what is going on. And when you DO realize what is happening (or as many reviews seem to miss the point, IF you put it all together), you'll realize that you can't turn from yourself when there is no reason to lie...only truth will survive.  Once it is all tied up the opening sequence returned in full force as a family thought of all the great things their daughter would become... and to find what has happened instead, it's a shot straight to the gut.
I think this is probably the best example of storytelling in Ittenbach's work, and one that is unique to an artist that deals in probably the "basest" of all exploitation genres...the straight up gore film.  Unexpected, truly shocking and really really well done, No Reason leaps to the front of the line for "best" film from Ittenbach, though probably not "favorite" for me.  See it if you dare.  The US DVD is uncut (the original German edition was cut by 20 minutes!!) and if you are the right kind of viewer it will leave a dent in your brainpan and certainly satisfy your inner gorehound without leaving your brain behind.