I'm not someone that is good at "Best Of" lists at all.  I come across so many things each year that it feels like a mistake to even try to quantify the variety of media experiences against each other.  Instead, here are some of my favorite things that blipped my brain and mangled my mind.  2012 is going to have to step up and bring me some real treats to match this list next year.  First up...some comics memories of the year.

There were a lot of great comics that were released this year, though honestly I find myself looking at collections of older material much more often than the new.  First and foremost I was delighted to finally hold a copy of FLESH AND BLOOD by Robert Tinnell and Neil Vokes.  From personal experience I know these are two good men that love the work they do and have the utmost respect for the heritage of horror cinema and comics.  So, they took the mediums they have both continue to master and slammed them together like true Twins of Evil and concocted a book that works not just as a tribute to Hammer horrors, but continues the films as if they never stopped being produced.  To call it "the film that never was" is a nice thing, but I think this is actually the experience only these two artists could produce.  Pastiche is easy, but creating something familiar AND new out of well used elements takes a special touch.  Tinnell has the pacing down so well that he manages to actually improve upon it thanks to the free flowing sequential art by Vokes that bounces between sexy slurping and right into heavy duty monster battles.  Fans of Hammer will smile as they read, and I would bet that their own imaginations will start to engage as they superimpose their favorite Hammer music atop the story.  I know I was humming my own soundtrack as the line "FRANKENSTEIN MUST BE DESTROYED" finally made it's appearance. 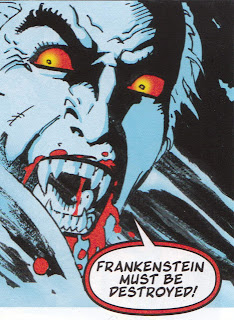 Why tread old ground when you can forge new destinies for familiar faces?  Flesh and Blood does it with each page.  Buy this. If you like Hammer you'll love it, if you love horror films you'll be watching the naughtiest Creature Double Feature you never saw on a Saturday afternoon while all the other kids were outside playing baseball. 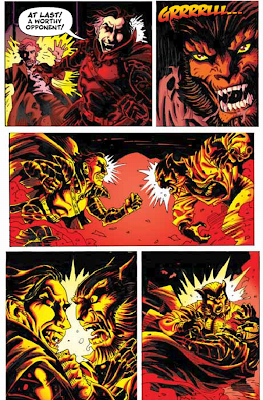 Another really great comics release was the first STEVE DITKO OMNIBUS edition from DC.  This jumbo hardcover edition contains the important (to me) SHADE, THE CHANGING MAN in it's entirety (including the Cancelled Comics Cavalcade material), the weird and partially successful though totally interesting STALKER (with Wally Wood) and tons of interesting shorts from all around the DC universe.  From outer space to weird horror, this volume showcases Ditko doing lots of interesting things.  Volume 2 is going to contain Hawk And Dove, a team I have lots of love for.  The reproductions look amazing to me, and finally my copies of Shade don't smell horrid! 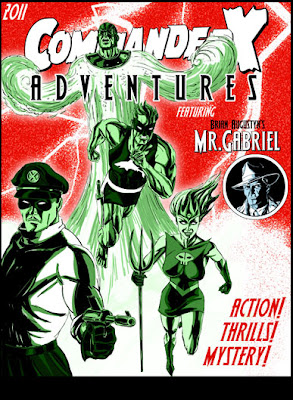 Also awesome this year was a fantastic COMMANDER X-MAS Christmas that features Jay Piscopo's adventure hero in a variety of stories. It is FREE and deserves your attention.  Look for my main monster hero THE HEAP in a cameo as well.  Go HERE and enjoy it for the price of clicking your finger. Best deal ever. 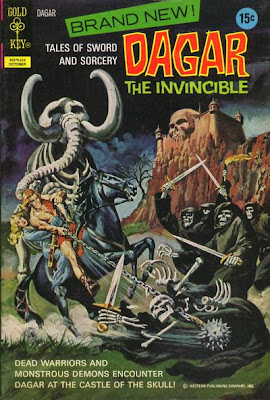 While I love the Warren reprint hardcovers (which I was brought up to date with starting on Father's Day this year) I have to give very special notice to Dark Horse for their extraordinary series of Gold Key reprints.  I've been thrilling to Doctor Spektor and getting my Maciste on with The Mighty Samson, but I'm completely smitten by DAGAR THE INVINCIBLE (Tales of Sword and Sorcery) Volume 1.  With the typically awesome pulp tale telling of Donald Glut, whose name we just spotted on the credits of a Transformers episode, and stunning artwork by Jesse Santos, this is 1972 comics the way I LOVE THEM.  It's action and fantasy and fun in every page.  Santos is actually one of my favorite personal discoveries of the year. I wasn't familiar with his work by name, but I sure am now!  You can read a complete story from the series RIGHT HERE!

And there was lots more, I'm enjoying THE INFINITE a lot.  Liefeld pouches galore, with an interesting time travel tale by Robert Kirkman has me heading to the shop to get each issue.  THE SPIDER has had a great year with Moonstone Publications including work by Pablo Marcos, Jay Piscopo, Hannibal King and expertly written by Martin Powell.  Transformers UK Classics Volume 1 could be one of my favorite collections in years.  Crossing the UK styled comics of the 80s with the characters I'm enjoying with my son is like having the experience of sharing 2000 ADs early years with a 6 year old boy.

And then there is this.  When I can afford to get the project off the ground I hope you'll be reading a full length story full of Sleazy Shock, Sapphic Sensuality and Fantastically Trashy fun with The Hong Kong Hell Camp Women.  You can see a comic book trailer in the upcoming AKA book. 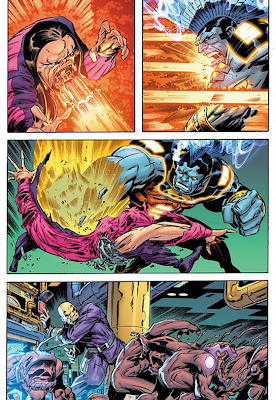 And even though it has been utterly demonized, I'm enjoying a few of the new DC books.  OMAC is a bashing and battling blast that isn't the original series, but does tip it's mohawk to Kirby with awesome art by Keith Giffen.  I'm also digging Demon Knights and even the new Suicide Squad book.  The characters look wonky to me (why change Deadshot??)-but I'm enjoying this one as a hard PG-13 level action book that seems happy to revel in big sized action sequences.
There are tons more--but it's time to move on to the next category!
Posted by David A. Zuzelo at Monday, January 02, 2012

I'm so excited to get my hands on FLESH AND BLOOD! It will start my 2012 reading off with a bang!