I was in a Joltin' Joe D'Amato mood yesterday, so I busted out the Raro disc of Return From Death. Bottom of the barrel? Maybe. But I enjoy this final horror gasp from D'Amato. 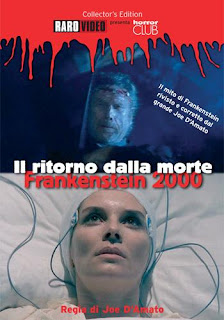 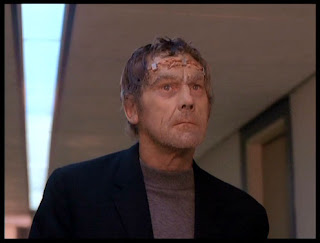 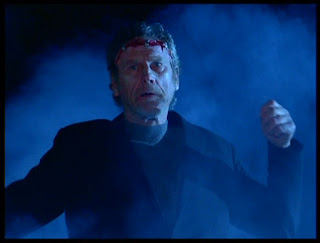 The pace is sort of slow at times and the incompetent actors and dubbing may grate your nerves-but the payoffs are there. O'Brien is hysterical walking with a limp and growling out his lines until it is time to walk and kill everyone. 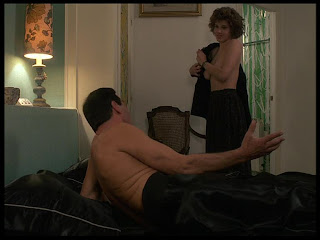 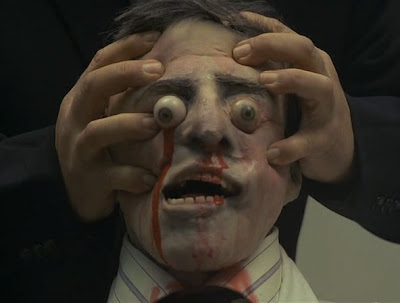 F2K also features one of my favorite plot devices in a long time. Franco Ferrini must have snuck on set. One of the rapists loses a contact lens during the big incident. MILFs boyfriend actually FINDS it...IN THE DARK!! Luckily for him the rapist RETURNS to the scene to find the lens??? His eye goo is better than a fingerprint according to the dialog!!

Gore is minimal and silly, but fun in a trashy way. The rubber head squash is shown way to many times to be effective as a gore setpiece, but it goes so over the top that I love it. Any movie that has Maurice Poli (in 1991) as Master Cocksman? I love it. Cinzia Monreale as the hausfrau in stockings? LOVE IT!!  Bonus to Laura Gemser for her contributions in costuming there! 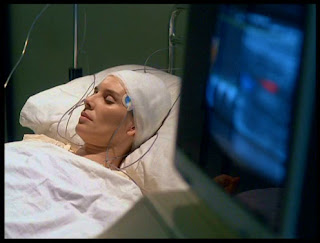 Also cool is veteran musician Piero Montanari bringing the BOOPBOOPBEEPBOOP
Fwwaaaaahhhhhhh score. I have it on CD (where the disc says FRANKENSTAIN 2000) and it is vintage 80s electronic trash. It almost lives up to his work on Gangland Bangers and Tarzan X!

The Raro disc looks great by the way, a must for Junk Cinema hounds. Also, there is a fun interview with the writer of the film where he talks about being inspired by Buio Omega and Aenigma. He tells a funny story about Donald O'Brien as well. He was at D'Amato's home and had a fall that left him injured. Not only was he left limping but he suffered some minor facial paralysis. Sounds pretty bad right? Well, D'Amato knew he had found his star now, he could pull off a monster role since he was nursing a real handicap!! 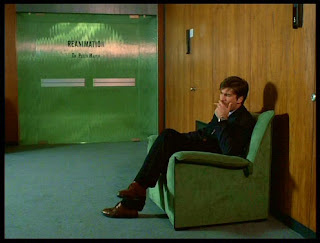 So, fall in Joe's house and get a role. I wish I could have met him and walked around with a raging hard on. "Uh, Joe...I incurred this erection on your property. Wouldn't it be great if you could cast me as "short guy that gets blow job from Rosa Caracciolo" in your next flick??