This was something a little bit different... I watched the awesome RAIDERS OF ATLANTIS again and kept my Twitter feed up. Here is what happened. 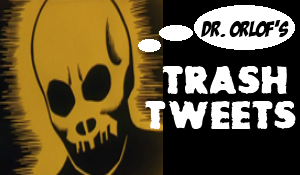 Does anyone have interest in joining me for group viewings and comments?

Timeline for RAIDERS OF ATLANTIS! I'm going to spruce these viewings up with live photos next time-and then I'll reprint them here.

Christopher Connelly and Tony King...Killers for Hire!! "It ain't Washington, it's MOHAMMED!" #EuropeanTrashCinema
12 hours ago

Connelly doesn't appear to be the most acrobatic dude, but he sure can raid n' wreck!
12 hours ago


And there is George Hilton for the second night in a row...and Ivan Rassimov! What a cast for #RaidersOfAtlantis #EuropeanTrashCinema


Atlantis? "It should be bobbing up to the surface like a beach ball in about 10 minutes!" OH CRAP..only in #EuropeanTrashCinema

The entire control room explodes and this jackass wants "secondary circuits!" The sea bottom is going crazy and here comes...ATLANTIS!! 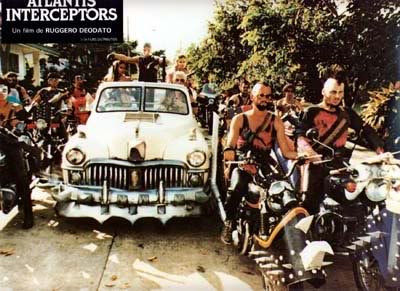 "Well I love you too dirtball...Wash, throw his ass back in there!" Ah, manly dialog ala #EuropeanTrashCinema


Connelly swagger line..."As soon as we get back I'll take you out for a spinach dinner!" Eurobabes LOVE spinach!

"I've got an idea, but it's too incredible. It's impossible!" Baby, this is #EuropeanTrashCinema 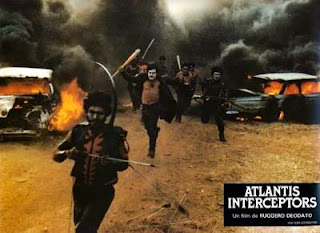 Ruggero Deodato knows how to do the whole "guys walk in on splatter scene" routine very very well. #RaidersOfAtlantis tops Cut and Run!

Great score for this one by the always fun "Oliver Onions"-The DeAngelis Brothers! Perfect for decapitating postnuke bikers too! 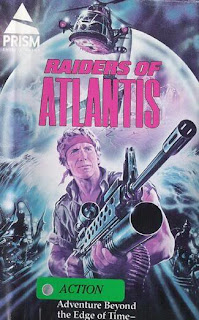 Those wacky #RaidersOfAtlantis have echoing screams that rule!

"We have returned to reestablish our presence!" Atlantis is pissed at the surface world in #EuropeanTrashCinema

Now that was a BBQ!! The #RaidersOfAtlantis ain't messing around!

Arrow in the face! Shotgun Blast to the chest! Sword fighting?? Combat ala Deodato in the #EuropeanTrashCinema Arena! 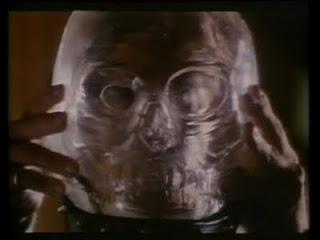 Helicopter versus van...some excellent stunts and Christopher Connelly blasting a chopper out of the sky is a bonus!

In #Horror movies they always go back in "the house" and in #EuropeanTrashCinema 4 dudes just attack Atlantis. Why not? 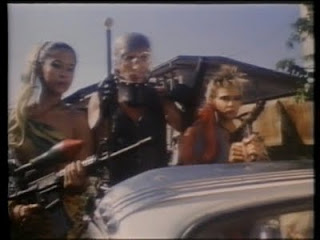 "We can't move...we're immobilized" says Tony King as he leans down to say it to Christopher Connelly. And then stands up!

"You better run sinner...run!!" An epic escape for our Merc pals after they defeat Atlantis!

"Well...now are you gonna ask me out for that spinach dinner?" Yep, Eurobabes love Spinach. Cardinal rule of #EuropeanTrashCinema

Sorry I missed out on this Z but definitely a fun idea... count me in next time if I have the flick on hand!