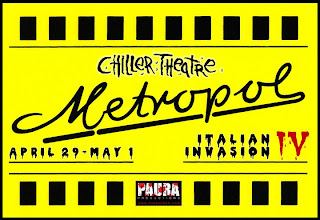 There are very few films in the Eurotrash Cinema Canon-and I do mean them all-that holds as much love and nostalgia as Demons.  I have subjected friends and foes alike to it's charm.  I have tormented family with repeat viewings (usually backed up by part 2)...and it made Lamberto my Bava of choice.  It gave me some of the greatest dubbed lines I've ever encountered ("What the hell happened to Rosemary? --ass check...*SMACK*).  And if you sit and dig in to it, DEMONS is the perfectly constructed funhouse ride through a gore splattered soundtrack that not only looks like the 80s, but sounds like it as well. From the brilliant and relentless score by Claudio Simonetti that is peppered (or littered) with random song clips that are (mostly) awesome to the splattery gore and prosthetic monsters that still make me smile.  And the performances!! 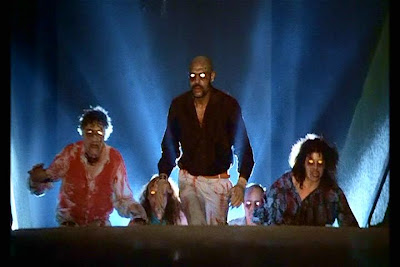 Karl Zinny is easily one of the great faces of 80s Italian horror, and I just love him in this film!  And then there is Nicoletta Elmi!  Wowsa!  She can take my ticket and send me to be attacked by Demons any time.  But wait, there is more...the main Demon herself, who could deny the awesome Geretta Geretta??!  Rosemary the demon gets all the best GRAAARRGH in the film, but she also played the post nuke beloved CHOCOLATE from Rats: Nights of Terror.  Urbano Barberini is always rocking of course, but everything is eclipsed by one man.  A giant of cult cinema.  A man that can rock ANY dub voice with his presence. 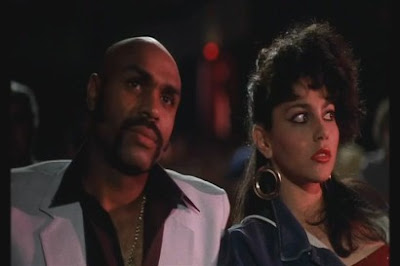 The Great Bobby Rhodes!  And guess what?  What you say?  He is going to be in New Jersey. I must not miss this.  Whenever he appears in the book I worked on with Paul Cooke, TOUGH TO KILL, it would raise the film up a star (or more!)  Hell, he gets to be in BOTH Demons films for being so awesome.  Lamberto Bava knew what Demons fans needed...ass kicking. And Bobby Rhodes is the man for the job. From Jiboa to Treasure Island in Outer Space and right on to The Last Hunter AND The Last War Bus, Bobby Rhodes rocks 'em all. 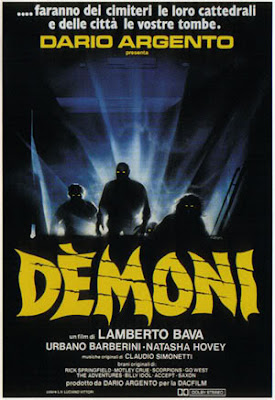 I'm still working on a book about Lamberto Bava, he really is one of my favorite directors and seems grossly misunderstood by a lot of genre fans.  Not only did he assist his father, but has created films under very very different circumstances and had successes that have never been seen in the United States.  The FANTAGHIRO series has spawned a giant worldwide cult of fans that grew up watching these adventures.  Truly, Lamberto Bava is a unique director that will make a fantasy film, and then slash out something like THE TORTURER with ease.


Hey, I have to have a copy of Tough To Kill signed, Lamberto Bava's BLASTFIGHTER is on the cover and Bobby Rhodes is in more than a few entries!! 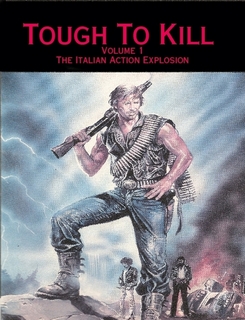 And not only will the cast and director be there, but a true MAESTRO of effects, Sergio Stivaletti will be in attendance.  Oh, how I would love to have him sign a SPIDERS LABYRINTH poster (if one exists)!  And..the man behind the death beats... CLAUDIO SIMONETTI!!!  DAMN! I don't need to tell you how amazing his work is.  Now, can I find a Demoni vinyl?? 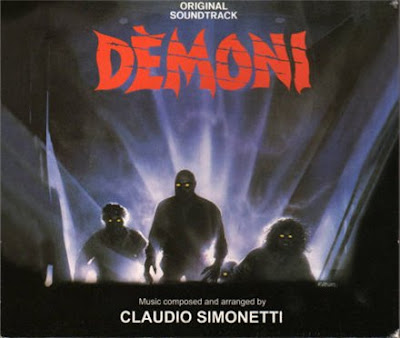 I am willing to drive back and forth to NJ (about 5 hours each way I guess) for a few hours to meet these people in one day.  You should too.  I'll buy you a cup of coffee because I know I'll need more than a few to get back home!!

Special thanks go to Mike Baronas of PAURA PRODUCTIONS!!  There are those of us that keep these films alive with our enthusiasm and sharing...Mike is keeping not just the memories alive, but is both honoring the contributions of those that helped make the films so great and giving the fans, new and old, a chance to share a moment with them.  Truly awesome!!

New Jersey or bust...I'm gonna have about 3 hours to meet, greet and get my stuff signed. I will love every minute.
Posted by David A. Zuzelo at Wednesday, February 09, 2011

Got your Email :) , thanks for the heads up. I'm on it ! ;) .
Getting the Tough To Kill Book signed by as many as possible, particularly Lamberto is a Must. Heck get two, think how much that baby would be sought after placed up on Ebay :) .