The Hybrid Man - A Turning Point in Personal Taste

While sitting on the porch watching my kids play I was thumbing through some crumbly Charlton (and Modern Comics) reprints and almost fell over when I found THE HYBRID MAN. This exact story came flooding back over me and I remember the first time I read it very well. I'm sure it was picked up by my Grandmother at a local Woolworth's one afternoon. While the original Charlton version came out in 1974, I must have been looking at the Modern reprint in 1977, which would have made me 9 years old.

I was a real horror kid, I used to sneak these Charlton books into my reading rotation at home, though we were a comics household so I don't think any eyebrows were really raised-but they sure felt like forbidden fruit. If I had known that not only was I getting scary stories, but ones by amazing talents that were working at a pulp pressurized triple time I may have been even more impressed.

But I loved them. And this story I loved most of all.

The Hybrid Man is written by Joe Gill (and that guy was like Stan Lee for me as a kid!) and drawn by Tom Sutton with artwork that still blows me away. Seriously, Mr. Gill and Mr. Sutton...thanks, you made me the guy that still really wants a Jano poster for Frankenstein '80 and loves Mosiac and the giant bone. Who adores The Blood Island trilogy... this little gritty grimy Frankenstein riff is firmly implanted in my psyche. Not only that, I now understand why my favorite part of Re-Animator is the crazy corpse pounding on the guy trapped beneath the fallen door.

This story did a lot to my young brain, and probably for the better. This one probably had a greater impact on me than Howard Hawks' The Thing or any Hammer film I ever saw when I was that age-and I saw them over and over thanks to the UHF packages of New England Television.
It gets weirder...I recently popped up a "pre-credits" sequence to something I'm writing entitled THE CLAWS OF FRANKENSTEIN ISLAND (you can check it out here at Gobsmakt! Studios) and spoke to artist extraordinaire Neil Vokes about some artwork. I should dig out the emails because I was describing a monster as being as cheap as possible, and I know that this was exactly the monster I was thinking of!

I know many of you are horror fans, and I hope that all of you have the feeling I am currently experiencing some time soon. This is true horror fanatic bliss. The Hybrid Man is back in my life...I scanned him for you to check out as well. Also included is the always groovy Pat Boyette doing a cover which I'm figuring must have been inspired by the story. A nice cover to say the least! A few things that catch my eye now and make me wonder how young me took it. Page 4 and the "Scorbelli Aqua-Adaptive Technique" is pretty crazy for a code approved book, but damned if the 3rd panel on the final page doesn't just KRASH! harder than any sound effect could get across. This is probably the bit that sealed the deal. Great final revelation as well.
ENJOY!! 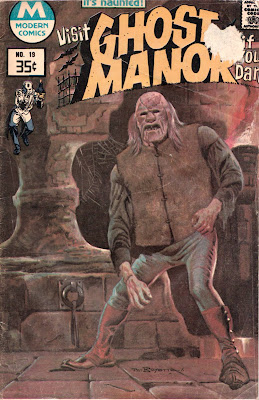 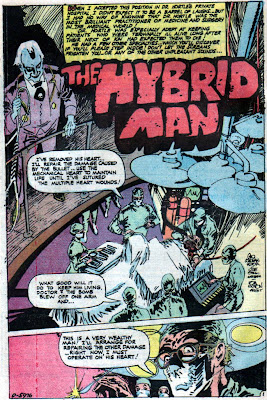 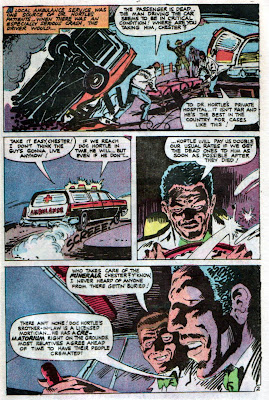 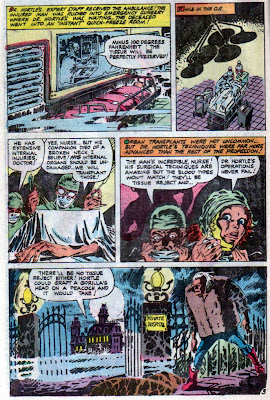 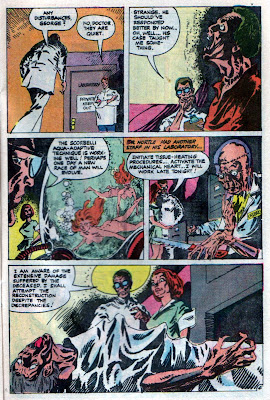 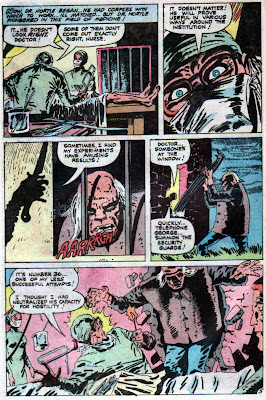 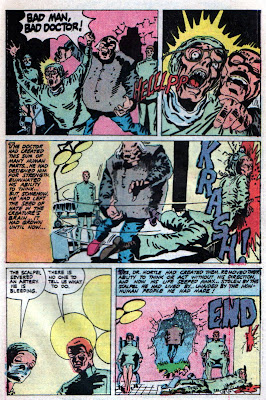 I couldnt believe when I saw this. I have this very comic. I loved the 60's and 70's horror comics. Scarier than anything on film sometimes. I have some good ones.

i have a bunch of those old comics around somewhere. Crap! Now I have to go find them!

Nothing beats them (well...maybe those Skywald magazines!) I know there are lots of scans, but Charlton mags are best read in hand. Truly the scent of my childhood, Charlton comics are classic fun.

I had no idea who Steve Ditko was at the time, but I read a whole lot of his work in the formative years.

6 to 8 page horror stories, I can never get enough!