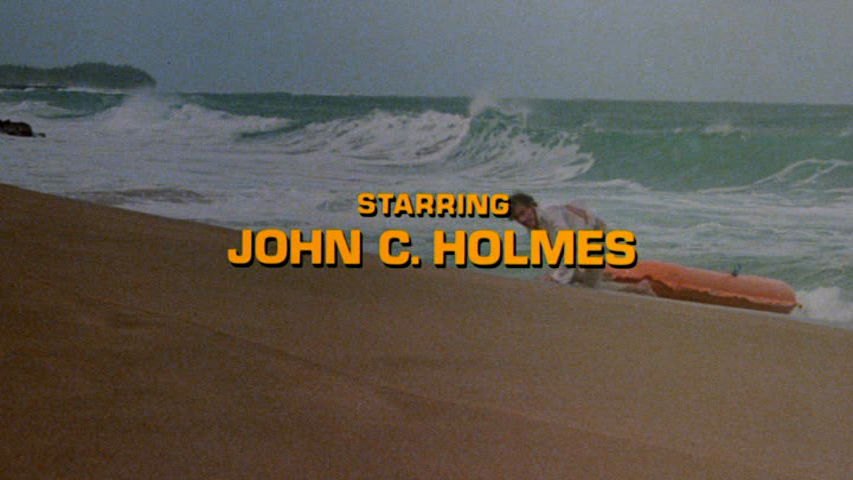 Prisoner of Paradise is your chance to discover what would happen if Bob Chinn and Gail Palmer mixed up MIDWAY, HOGAN'S HEROES, ILSA-SHE WOLF OF THE SS and tossed in a seasoning spritzer of WADD to drop the long dong thunder deep down under.  Hey, John Holmes is the ONLY male performer in the movie, so his fans shall be much pleased.  And best of all...yep, we have some rock hard Holmes acting to boot.


Meet a G.I. named JOE...he is NOT having a good day. After his ship is blown up (and as we find out quickly, his lady was as well in an unfortunate incident that features explosions and action and mucho weeping from John), he washes ashore on a mysterious island.  He is obviously feeling a bit blue, but after a week of surviving, he goes coconut probing and slurping (not a euphemism) and even takes the time to get a shower as nature intended.  Interspersed with all this hot survival action is Joe's last sexual encounter with his Chinese lady, played by Mai Lynn.  But can Paradise last long after we have conquered survival?  NOPE...but here is a nice moment.

When Joe stumbles upon Ilsa and Greta (Jess Franco senses...tingling) he follows them back to discover a sadistic Nazi outpost where women, American women (why are they here?) are tormented by having Seka go down on them.  Um...well, OK, if you must!  After trying a daring rescue attempt, Joe flubs it up and ends up in the clutches of the Nazi mastermind that has some outrageous accent issues!  And he likes to watch... 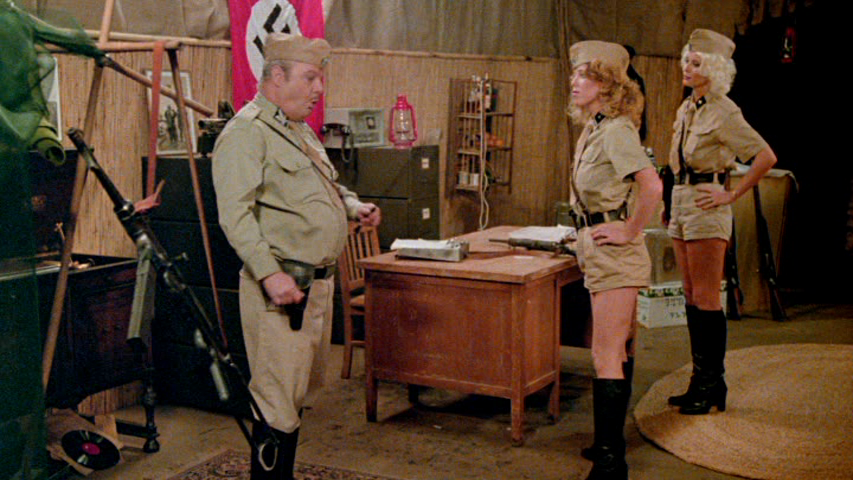 
Prisoner Of Paradise starts out gangbusters, with a mix of stock footage and action on burning sets as Holmes emotes, screws and stands tall in the face of blowjobs, but it doesn't go anywhere near the advertised areas (hmm..not so much on the bizarre sex rites of the island)--and honestly, that is fine, because while the screwing bogs down (Holmes really seems to relish his oral opportunities onscreen) the rest of the film is just plain crazy and fun.  I'd wager that Hogan's Heroes was more offensive nazisploitation, it's all window dressing.  And as for what is behind the windows, Seka is in top form here, though watch as she has a visceral reaction to the offscreen flogging scenes...she doesn't seem to impressed.  I mentioned it above, but Mai Linn and Jade Wong have some really good encounters with Johnny Wadd, and you pretty much get all the bases covered for the cine-de-stroke quotient.  While it may be the PURPOSE of this film, the real fun is in the performances and the occasional explosion delivered by 3 Fingers Harry (whom cult icon David DeCoteau informed me was Harry Wollman) spice things up.  Look for one HUGE final blast that I had to believe was stock footage. I guess not! 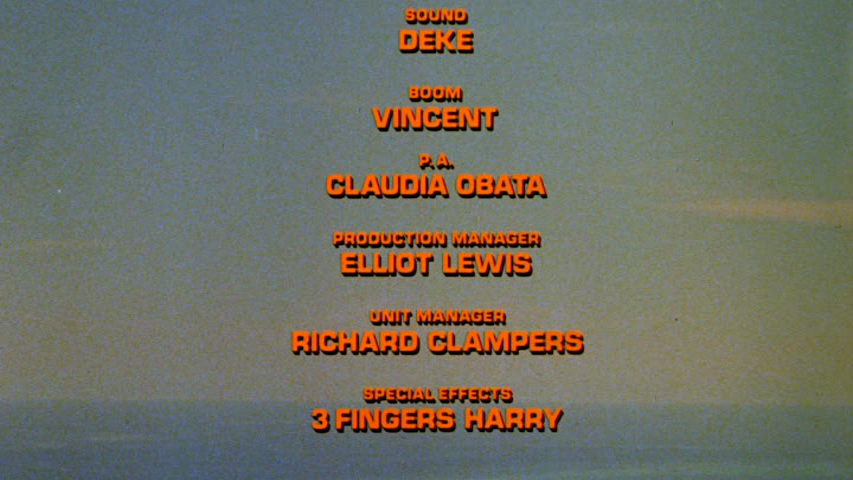 Seka. Holmes. Screwing to Ride Of The Valkyries.  Bucket list item, achieved. So what, I've got a big bucket, but I enjoyed my 90 minutes of being a Prisoner Of Paradise and so can you!